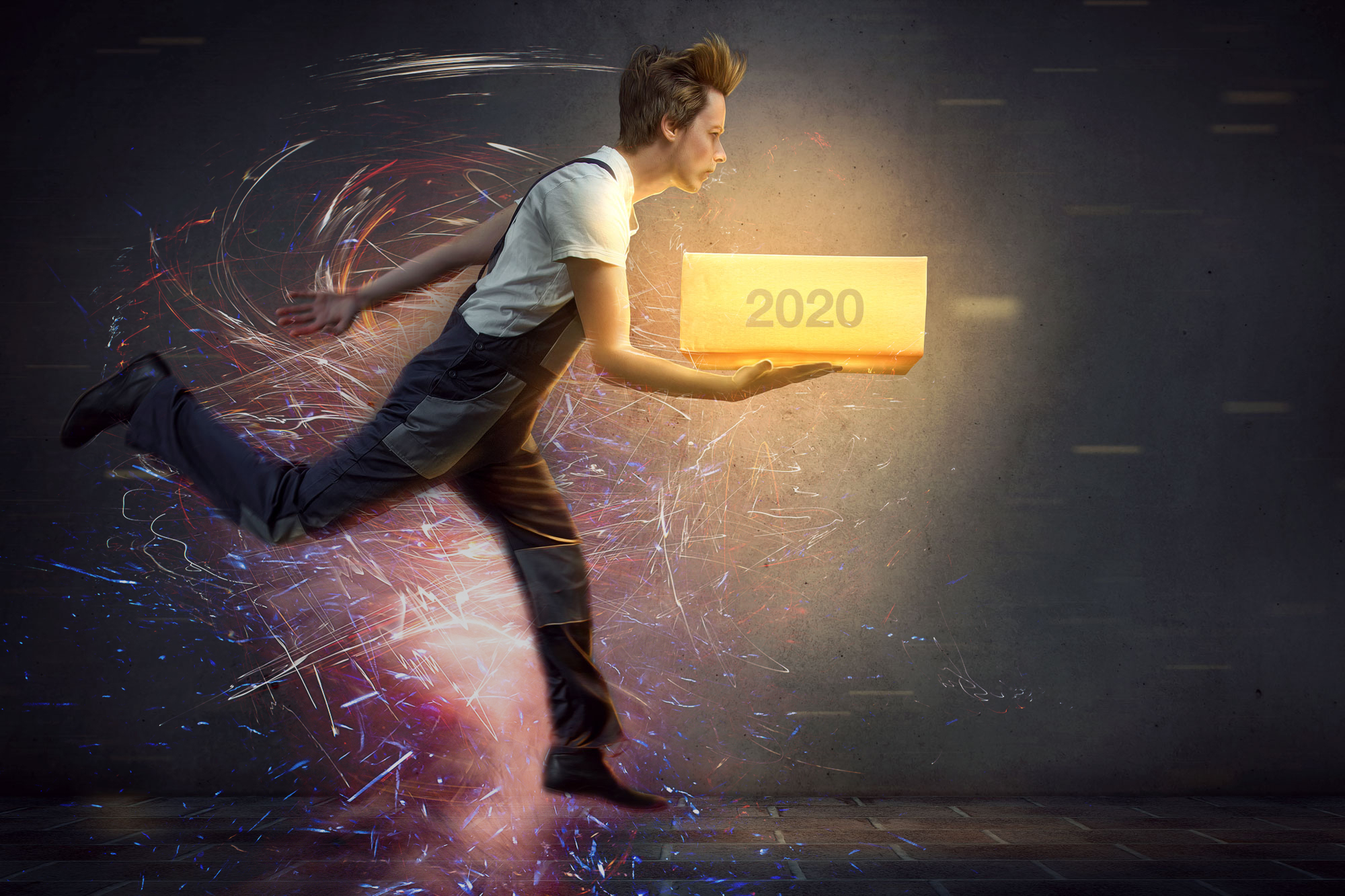 In a world where information and data is our lifeblood, fraud has infiltrated every aspect of our lives. No longer is fraud the exception to the rule; it is the rule. Whatever you do, wherever you go – the risk of fraud is lurking around every corner and it impacts everyone.

And if you don’t believe me, ask the estimated 33 million Americans that were victimized by fraud this year alone. That’s an estimated 10% of the adult population of the country.

Welcome to our new reality. Welcome to the Age of Fraud.

As the Dust Settles in 2019, We See Why We Are Living in the Age of Fraud

There were more records breached in 2019 than ever

As the dust settles in 2019 one thing is obvious – it was a very active year for data breaches, in fact, just last week we had one of the most significant breaches of all time with over 1.2 billion consumer records breached alone.

For 2019 we are estimating approximately 6 billion records will be breached by the end of the year – a 20% increase over 2018.

All that breached data has added fuel to the fire of scams. As banks have invested heavily in bolstering controls to prevent losses they incur, the fraudsters have shifted their schemes to target the weakest link – their customers.

And nowhere did that breach data get used more than in the area of BEC attacks against consumers and companies all over the United States. If you look at SAR’s filed for BEC, the number of reported attacks has increased each year since 2016.

With the climb in fraud, there were more high profile prosecutions for fraud globally than in recent memory.

So can we rely purely on Law Enforcement to take the bad guys off the street? The answer is no. Despite the massive and high profile arrest, fraud is still a relatively low priority for the Federal Government.

What Can We Look Forward to in the Year 2020? I called Maryann Miller Again.

To answer that question, I reached out again to Maryann Miller and asked her if she wanted to come up with another list for the new year.   She agreed and here is what we came up with.

It boggles the mind that something so ridiculously simple as using a stolen Social Security Number and combining it with a different name and address could lead to such a rampant crime. I mean, shouldn’t we be able to stop this from happening 100% of the time?

Which brings us to our first prediction – Synthetic Identity will continue to rise in 2020. And there 3 drivers to that.

#1 – Banks Can or Won’t Stop It – 50% of synthetic identity loans or accounts will end up performing. And it is for this reason that some banks simply ignore synthetic identity because they make money off it. In doing so, fraudsters are emboldened because the loans that they apply for with synthetic identities are approved. Until banks take a zero-tolerance policy towards synthetic, they will simply increase in frequency each year.

#2 – Credit Bureaus Can’t Stop It – Credit Bureaus have the best vantage point into synthetic identities, yet they are powerless to stop it. Because of credit reporting requirements they cannot choose which credit bureaus they create and which they ignore because they believe it is synthetic.

#3 – Consumers Think It’s Legal – Unscrupulous credit repair companies have convinced ordinary consumers that using CPN’s and creating fake credit profiles is 100% legal. You can read about how I found this out for myself last month – read here.

Earlier this year, many banks started to report a sharp increase (400%) in the number and velocity of identity theft disputes coming into their fraud departments for prior loans that they had granted.

This flood of newly washed credit profiles are now being recycled into the credit granting process. In the next 12 months, we will begin to see those credit washed accounts begin to default.

Banks are more terrified of breaches than they are of fraud. And rightly so. Public perception is everything and breaches can destroy a company in hours. So breaches are having the effect of paralyzing banks from taking risks and making proactive investments in fraud.

3-D Secure 2.0 delivers 10 times more data, such as device channel and payment history than the current version and will roll out en-masse this next year.

The associations are projecting substantial pick up in 2020, and that means card issuers need to plan for some shifting of liability from merchants.

Our prediction is the card issuers will begin to feel the pain as they lose chargebacks to merchants that flip it on for all their transactions. If a few large merchants make the switch, card issuers could be on the hook for millions in fraud that they might not be able to chargeback. If we assume a 10% liability shift, that means an additional $640 million in net fraud to US-based card issuers next year.

Prediction # 5 – Wire Fraud Will Grow and Become Harder to Detect

Wire fraud used to be fairly easy to detect because the transactions stuck out like a sore thumb. The typical fraud pattern was an international wire transfer requests to new payee’s accounts in high-risk areas.

But now, wire fraud patterns are shifting to higher-value real estate and luxury automobile transactions. These are much harder to detect because they blend into the landscape of legitimate transactions.

The fraudsters have shifted their focus to the escrow process for luxury cars and home sales because the transfer of hundreds of thousands of dollars is expected by the buyers and sellers so a request does not raise any red flags.

And no one is sharing more than scam rapper Teejayx6 who burst onto the scene in 2019 amassing more than 78,000 subscribers on his youtube channel and garnering over 15 million views of his rap songs.

Teejayx6 is a talented rapper with hit songs like “Wells Fargo”, “Amazon”, “Dark Web” and “My Ambitions as a Swiper” which offer insight into how he commits fraud against banks and card companies.

For those interested in buying his music, he has reportedly even offered a free download to the “Fraud Bible” which is a collection of 38 gigabytes of fraud scams, methods and “how to create fake ID guides”.

Fraud and scams have made their way into pop culture and have now become cool. This means more and more young people will find careers in scamming and fraud, ensuring that it will continue to grow over time.

Account Takeover attacks have been steadily rising over the last 5 years, fueled by the unprecedented availability of breached credentials available on the dark web.

But the trend that is most damaging of late is Sim Swap fraud or mobile hijacking. Since banks rely on the borrower’s cell phone as the primary method of authentication and two-factor authentication it has become the weakest link in the chain.

According to Javelin’s 2019 Identity Study, mobile account takeover grew 100% year over year last year and there are no signs that it is slowing.

Given this, our prediction is that Account Takeover will remain one of the biggest pain points for banks in 2019 as it continues its rapid growth upward.

Income misrepresentation on applications for credit occurs on approximately 1 in 4 loans now.

The UK has been blazing the trail when it comes to supporting victims of fraud.  And they just might have RBS to thank for that. In 2017,  CEO Ross McEwan told reporters that consumers should not expect refunds when they fall victim to fraud.  He went on to explain that banks should not be blamed when customers give out or lose their details to online phishers and fraudsters that con them.

When he was asked whether his bank, had a duty of care to victims, he replied: “No.”. His hard stance against helping victims of scams was a hard pill to swallow for UK TaxPayers which had bailed out RBS years earlier during the financial crisis. Within a year, new laws were enacted to require banks to return money to scam victims even if the banks were not at fault.

This trend in banking to help scam victims will continue across other parts of the world in 2020 and beyond, including the United States and Australia.

Prediction # 10 – Fraud Departments Will Use Their Powers To Do Good

There is a movement afoot with groups like The Knoble to unite and organize efforts to help victims of crimes that do not have a voice. This includes the elderly, victims of human trafficking and even mass shootings.

You see, the tools, technology, and data that fraud professionals have access to, can be used to prevent more than just financial crime. Those same transaction analysis techniques we use to find credit card fraud, for example, can be used to find stockpiling of weapons, or even to find frequent travel associated with human trafficking.

In 2020, we believe there will be awakening with fraud departments and a realization that we can all be heroes in helping to prevent these sad crimes against humanity.

We can look beyond the financials, and into our hearts towards the greater good for the world.

What Advice Does Maryann Miller Have for 2020?

If you know Maryann Miller, she is a proponent of action. “Don’t just sit and wait for fraud to happen to you before reacting”, she said to me, “Banks need to see where fraud is heading and invest in those areas before they get hit”

For 2020 Maryann recommends banks perform a gap analysis now to plan for what they will focus on next year. Her advice? Take these top 10 predictions for 2020 and see where are weak. If you have a gap, try to fill it now.

Now, that’s sage advice from an industry veteran you can bank on.

Some Parting Thoughts on 2020

Too often, banks and lenders are always looking for the shiny new toy that answers all of their fraud pain points. In doing so, they often ignore the tried and true human resources that are stopping fraud day in and day out.

My advice? Don’t fall victim to that way of thinking. Our success as an industry is dependent upon the coordination of artificial intelligence and human intelligence. It takes humans to train machines. AI that ignores natural intelligence is not useable or practical.

Don’t take for granted the incredible power of your fraud analysts. They are the brains behind your future fraud prevention success.

So there you have it. Sorry for the pretty somber outlook to 2020 but we believe the battle against fraud is only won by fighting off complacency. The minute we think we have fraud licked, we’re going to have big problems.

I hope you enjoyed it and we hope you have a wonderful and productive 2020!