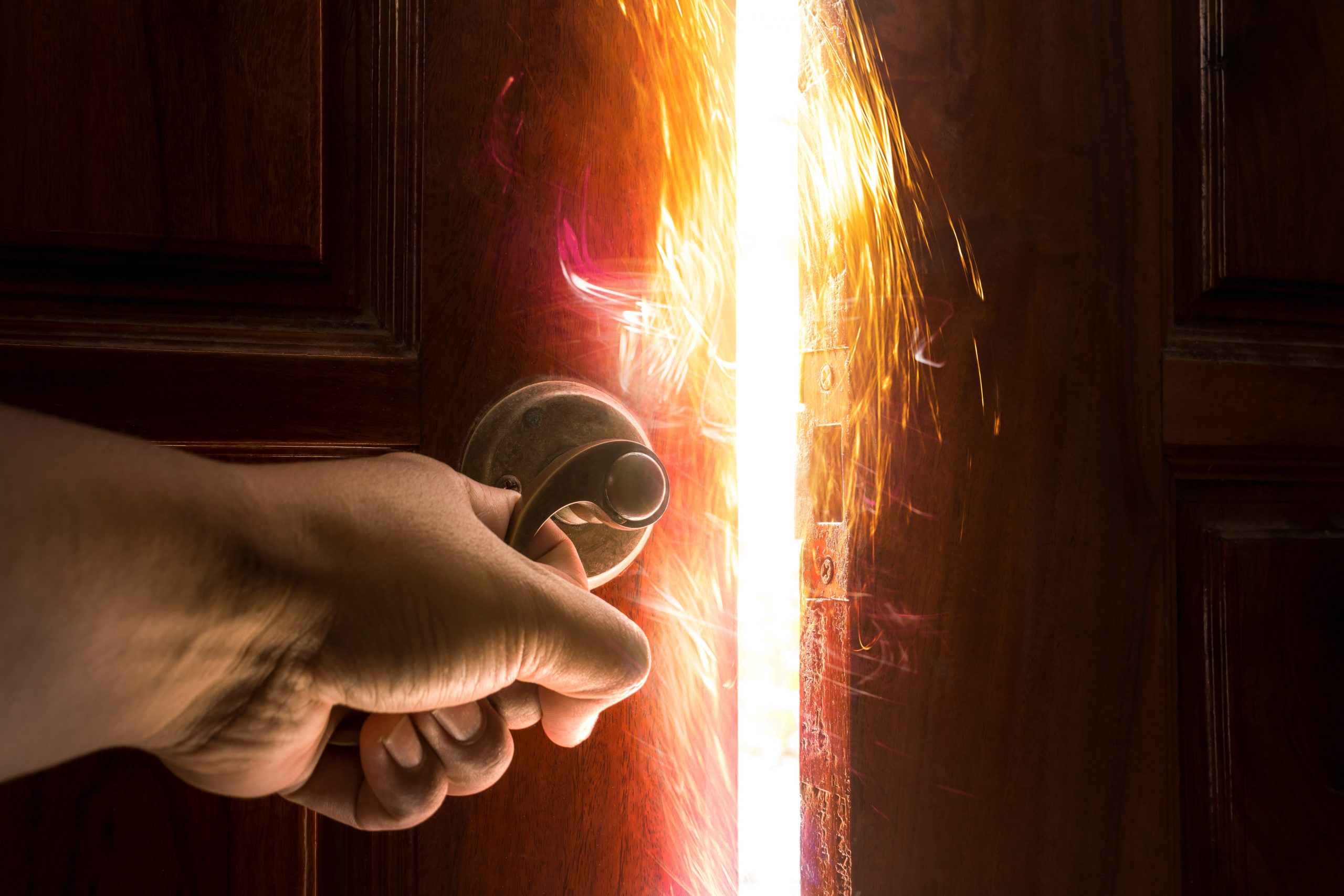 The past is our lesson. The future is what we do with it. Maybe 2020 is a year that you don’t want to remember, but it is probably one you will never forget.

We can try to predict what will happen in fraud in 2021, but the sands of change are shifting so quickly we may well get it all wrong. Let’s open the door anyway. Let’s anticipate what could happen in 2021 so we can better plan for what might occur.

Fraud In 2020 Was Epically Bad

As we begin our journey into 2021, many of us are eager to leave a bad year behind us. 2020 was, by all accounts, a tough year for everyone and an epically bad year for fraud and scams against consumers.

The Pandemic Unleashed a Perfect Storm for Fraud

2020 was a perfect storm for fraud to flourish and so it did. The recipe for this perfect storm included 3 things that converged all at once.

These 3 factors rarely have happened as significantly as they did in 2020, and it was the catalyst for a wave of fraud and scams that swept across the world.

Predictably, government stimulus programs got hammered with fraud. And why wouldn’t they? Fast money = Fast fraud, and no money was faster or easier to get than government loans through the SBA.

Nobody escaped the scamdemic, even digital retailers who by all accounts had a great year as people flocked online. Professional refunders jumped on retailers’ friendly refund policies and helped consumers digitally shoplift over $25 billion in merchandise through fraudulent refunds.

FBI Reported A Doubling of Fraud

By June, half way through the year, the FBI was already projecting that 2020 would be the worst year in reported history for fraud. Forecasted fraud reports for the year were projected to hit 800,000 cases, more than double the level reported in 2018.

And FTC Reports That Consumers Were Scammed More Than Ever

And consumers were inundated with scam attempts by fraudsters. Here in the US, reports to the FTC show an alarming trend in consumer complaints about fraud and scams such as romance scams, job scams, and money mule scams.

Yet fraud is raging to its highest level in recorded history. Is it time for a fundamental shift in the way we look at fraud? More on that later.

What Can We Look Forward to in 2021? I called Maryann Miller Again

To answer that question, I reached out again to Maryann Miller and asked her if she wanted to come up with another list for the new year. She agreed and here is what we came up with.

Identity Theft cases here in the US are soaring. Stolen and synthetic identities are being used to facilitate a wide swath of frauds of the moment including PPP loan fraud, EIDL Loan fraud, Unemployment fraud, Tax Fraud, and Account Takeover.

As fraud attempts have soared, the backlog of cases grows and the identification of fraud is delayed. Most consumers that were victims of identity theft in 2020 will not even discover the fraud until 2021 or even beyond.

We can expect a record high reporting of identity theft in 2021 as those cases make their way through the system.

The SBA has been granted another desperately needed $285 Billion to assist struggling small businesses across the country. Unfortunately, crooks and fraudsters will divert at least 10% of those funds for their own gain stealing money from the most vulnerable.

The money will be fast and easy again this time around. And Congress made sure to specify that banks approving loans will not be held liable for any fraud putting all faith on borrower certifications which failed miserably to control fraud in 2020.

The economy is fragile. The pandemic is raging at its highest levels here in the US and across much of the world. Unemployment rates are high at 7%, and tens and thousands of businesses have shuttered for good. Many people will have no jobs to back to, even if the vaccine proves to control the virus.

The economy is likely to grind to a recession next year as forbearance programs, eviction moratoriums and government stimulus go away. An impending recession has far-reaching consequences as fraud risk generally spikes during recessions. Fraud that was hidden in a good economy including Ponzi schemes, investment schemes, and loan schemes are exposed as the economy turns.

Look for the recession to have an impact on fraud in 2021.

If you remember the last great financial crisis, it was dodgy mortgages loaned against wildly inflated property values that sent the economy into a tailspin.

Fast forward 11 years later and it just might be deja-vu all over again. The only difference is this time, it might be the inflated profits of commercial properties like hotels and office buildings that could implode. A whistleblower exposed the fraud this year.

The gist of the scheme alleges that thousands and thousands of commercial properties have been refinanced in bulk using phony profits to justify huge loans. This year the commercial market will likely take a hit from all of the shuttered businesses as well as those companies that are downsizing their physical locations in favor of remote work.

If the whistleblower is right, we could see a huge influx of commercial fraud in Commercial Mortgage-Backed Securities (CMBS) as many of those loans begin to default.

It used to be that credit card accounts were the hot commodity on the dark web. But that is all changing. Bank routing and account numbers are quickly becoming the hottest ticket in town as Fintech apps enable fraudulent funds to be transferred in and out of bank accounts instantly.

As we know, the growth of CNP (Card Not Present) Fraud was largely due to the fact that card number details could easily be compromised and used to order online. We will see a similar “CNP” trend on bank accounts as fraudsters find new, faster, and more lucrative ways to monetize bank account information.

Bank account numbers will be the hot commodity for fraudsters in 2021.

But the fraud rate on P2P apps can run 3 to 4 times higher than traditional payment methods such as credit and debit cards, according to data from the security firms Sift and Chargeback Gurus.

And this year Javelin found that the number of fraud victims associated with P2P payment fraud has increased 733% since 2016. P2P apps are ground zero in the war against fraud. As the volume increases over 20% next year, we predict more fraud and scams than ever associated with these payments.

Insider fraud risk will grow in 2021. As more companies manage a growing remote workforce, the risk of employees being recruited for, or engaging in fraud will increase.

And companies like PWC, report that insider fraud is on the rise and that the current environment is ripe for a spike in insider fraud due to the financial stress on the organizations.

Look for insider employee fraud to come front and center this year as large cases of internal fraud could be exposed.

In the US, Canada, and the UK, 10% of the population falls victim to a scam each and every year. With so many people being scammed, governments are now stepping up and requiring banks to reimburse victims.

In the UK for example, the governments convinced banks to voluntarily reimburse customers who were victimized by authorized push payment fraud – which had previously been considered a scam. As a result of this, new processes and technologies emerged such as “name validation” where customers could verify the accuracy of the name on the beneficiary account.

This trend of reimbursing scam victims in certain situations is a trend that we expect will continue globally.

Merchant and acquiring fraud is experiencing a resurgence and that will carry into 2021.

Just this week, Fakespot, an e-commerce authentication service, reported that over 21% of Shopify merchants might be related to fraudulent practices. A shocking 26,000 of the 124,000 stores analyzed were either complete scam stores designed to fool consumers, or they were problematic sellers distributing counterfeit or questionable items.

The problem of fraudulent merchants is not unique to Shopify however. Banks and acquirers are reporting much higher levels of collusive merchants that are using their merchant accounts to process fraudulent cards, and issue fraudulent refunds and credits to co-conspirators.

This type of fraud is expected to grow in 2021 due primarily to the high rates of unemployment and tens and thousands of shuttered businesses that might resort to fraud out of desperation.

With Identity Theft remerging as the single largest fraud challenge next year, those companies that can verify identity and authenticate consumers effectively will be the winners. In 2021, we will see far more adoption of more sophisticated authentication and identity cascades.

Billions of dollars have been invested by startups, tech companies, and credit bureaus to build the silver bullet for authentication and identity management. But there is no silver bullet.

If there is a silver bullet, however, it could be in combining those various technologies into a cascade where each solution plays a part in creating enough friction where and when it counts and granting progressively more access when trust has been established.

As Maryann Miller indicates, “Authentication and ID Proofing can be treated like security clearance. The more you can trust a person is who they say they are, and authenticate that person is real, the more convenience they can enjoy. That could include features like higher daily limits, auto approving their loan applications, and granting instant credit without manual interventions. If you can prove yourself through various methods like ownership of your phone and email, established trust within the mobile network, possession of your phone, authentication of your driver’s license, and can verify your income, employment, and other factors through data, why could you not be granted the highest level of trust within the organization?”

What Advice Does Maryann Miller Have for 2020?

For all of you that know Maryann Miller, she always has sage advice and that is exactly why so many follow her across the world.

Her advice for 2021? Think dynamically; leverage strategies and technologies that respond at the speed of fraud.

“We live in a new world,” says Maryann Miller, “2020 forced us to evolve rapidly from the physical world where goods and money were exchanged face to face, to the digital world where you may not know who is on the other side. Static and slow-moving technologies and policies are dinosaurs, a relic of the past. No where is this more true than in authentication. You really need to evolve your thinking to keep up. If you don’t have a solid digital fraud strategy, you’re going to get crushed.”

A Parting Recommendation for 2021

If I was to give any advice for 2021 it would be this – don’t look for fraud to be in the same old places, because it is probably changing before your eyes.

Traditional 3rd Party Fraud that hits the bottom line like card fraud and check fraud might not be the burning issues for 2021.

More than likely, you’ll be challenged by scams against your customers. Those frauds won’t show up in the bottom line.

And that is precisely why fraudsters are diverting their efforts to go after customers – because your technology or processes do not protect them.

If you’re going to make a difference this year do something different. Look for fraud where it is impacting your customers, and not necessarily your bottom line.

Or if you want to get more involved, you can participate in industry groups like The Knoble , a Human Rights organization, where fraud, cyber, and law enforcement professionals work together to help protect victims of human trafficking, scams, and other financial crimes.