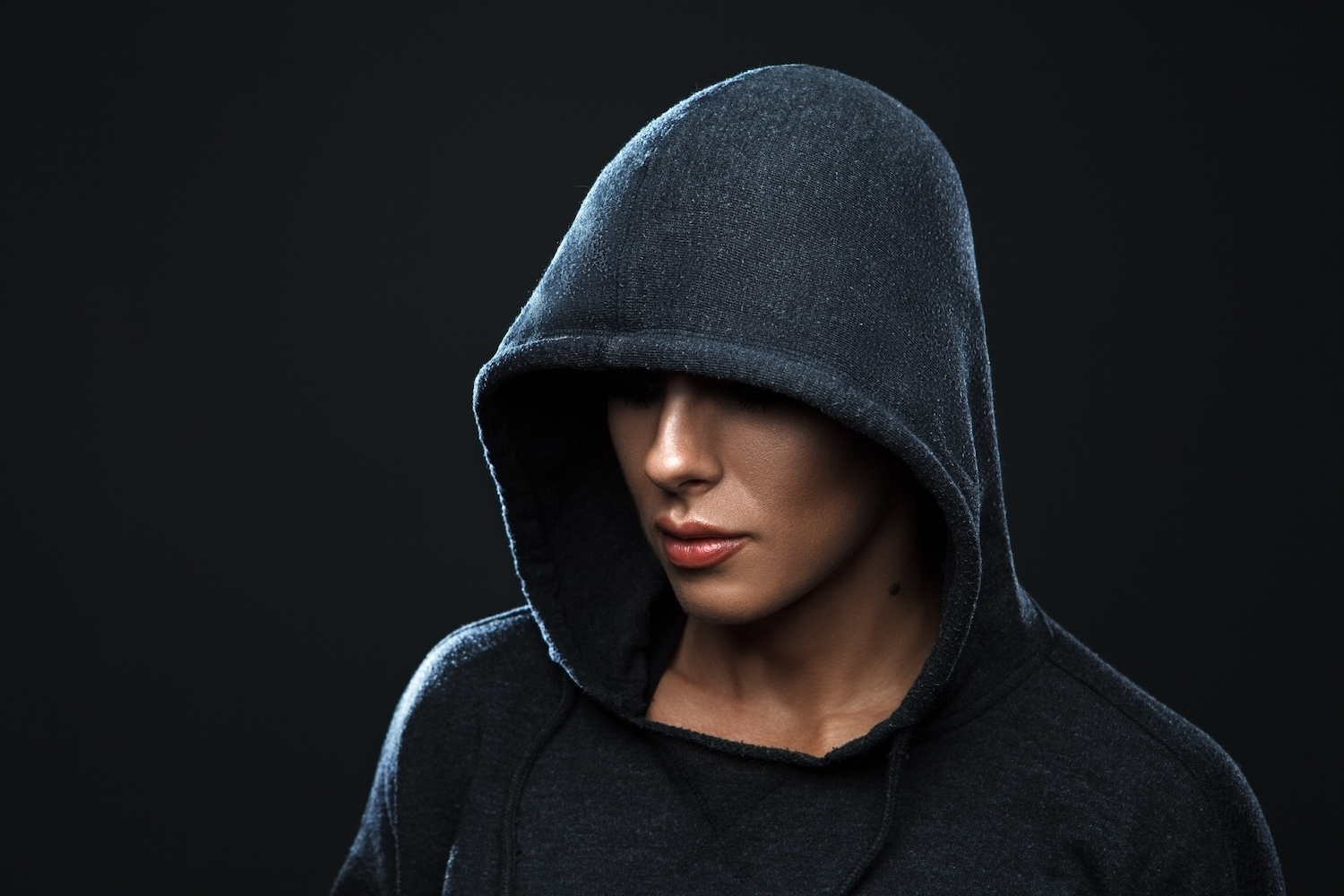 The report is in. And two Fintechs are being accused of facilitating billions in PPP fraud and enriching themselves in the process.

Womply and Blue Acorn top executives are being accused of flouting the PPP rules and improperly collecting loans for themselves in the process.

The report, titled “We’re Not The Fraud Police – How Fintechs Facilitated Fraud in The Paycheck Protection Program” is a 130-page report and the product of an 18-month investigation by the House Select Subcommittee on the Coronavirus Crisis.

The damning report paints a very poor picture of the fraud controls of both Blue Acorn and Womply and alleges that the founders of Blue Acorn arranged loans for themselves.

The report also cited an article I wrote last year – “Is Womply Getting Whomped With PPP Fraud?”

The article, which you can read here, was written based on the rampant fraud schemes that were proliferating against the platform on Telegram at the time.

Here are some of the more damming findings of the report.

Blueacorn gave nearly $300 million in profits to its ownership while only spending $8.6 million—less than one percent of the fees it received for its PPP work—on its fraud prevention program. Blueacorn also gave approximately $666 million to a marketing firm controlled by members of its senior leadership—almost 50 times more than the $13.7 million the fintech spent on eligibility verification.

Blueacorn gave priority and less scrutiny to high dollar loans and those loan applications identified as “VIPPP” by Blueacorn’s founder, and improperly charged some PPP applicants for loan processing services. Blueacorn’s ownership directed reviewers to prioritize “monster loans [that] will get everyone paid” and created an exclusive category of PPP loans, called “VIPPP” loans. Blueacorn’s ownership directed loan reviewers “to prioritize and submit large [“VIPPP”] loans without following protocols that [loan reviewers] had been trained to complete.”

While prioritizing “VIPPP” loans, Blueacorn’s owners were dismissive of other loans, writing “delete them,” “who fucking cares,” and “[w]e’re not the first bank to decline [PPP] borrowers who deserve to be funded … they go elsehwere [sic].” In addition, according to their former business partners, Blueacorn founders Nathan Reis and Stephanie Hockridge attempted to directly charge some applicants a 10 percent fee for successfully procuring PPP loans—in violation of SBA rules.

Blueacorn’s founders arranged PPP loans for themselves through Blueacorn, some of which show signs of potential fraud. In addition to likely taking over $120 million in taxpayer-funded PPP processing fees, Mr. Reis and Ms. Hockridge received nearly $300,000 in PPP loans, some of which were facilitated by their own company: Blueacorn.

A review of these loans—some of which Blueacorn lending partner Capital Plus later demanded be repaid—identified supporting documentation with suspicious elements. In one application, Mr. Reis falsely claimed to be an African American and a veteran.

Other applications contain questionable information that merits further investigation. The Select Subcommittee discovered that, after participating in the PPP and getting many of their PPP loans forgiven, Mr. Reis and Ms. Hockridge relocated to Puerto Rico, where they apparently founded another lender service consultancy.

Multiple Womply lending partners criticized Womply’s fraud prevention practices, describing its systems as “put together with duct tape and gum” and accusing Womply of allowing “rampant fraud” to infiltrate the PPP. Womply’s PPP lending partners determined that the fintech often failed in its duty to detect PPP fraud and exclude otherwise ineligible applicants. PPP lender DreamSpring warned Womply that it was referring PPP applications containing “obvious fraudulent information.” Lendistry, a fintech also involved in PPP lending, told Womply that it “noticed a meaningful increase in the number of third-party and other inquiries related to fraud” in connection with batches of applications associated with Womply. Benworth, which issued $4.6 billion in PPP loans in 2021, warned Womply that “the services promised by Womply, have not only not been provided, but have also placed our company in a very bad predicament due to the high likelihood of fraud involved in many of the referred loans from your company.”

#5 Womply’s CEO and President Took PPP Loans For Themselves

Both Womply’s CEO and its President also received PPP loans for themselves, despite earning over $400,000 in salary in 2021 and likely taking tens of millions in taxpayer-funded PPP processing fees as personal profits.

Womply CEO Toby Scammell—who was convicted of insider trading in 2014 and has been permanently barred from participating in the securities industry—led Womply’s fraud prevention efforts and instructed his company not to cooperate with federal PPP fraud investigators. Womply not only failed to detect fraud on the front end, but also resisted helping investigators catch fraud on the back end as well. Despite telling its lending partners that Womply was working closely with the SBA and the SBA Office of Inspector General (OIG), Mr. Scammell resisted providing information to federal investigators conducting PPP fraud investigations. The SBA OIG and Fountainhead, one of Womply’s lending partners, made multiple requests for information from Womply “so that the SBA can investigate potential fraudulent loan activity carried out by PPP borrowers.” Womply refused. Ultimately, Fountainhead was forced to get “a temporary restraining order against [Womply], so they can’t destroy these [PPP loan] documents.”

Criminals specifically targeted Blueacorn, Womply, and other fintechs to commit PPP fraud. Fraudsters discovered that Blueacorn and Womply were among the easiest companies to apply for fraudulent PPP loans due to the ease of securing a loan through either company. Members of drug gangs in Florida that were involved in PPP fraud were recorded by police discussing Womply and Blueacorn. One gang member asked another to “show me Blueacorn” while another described Womply as “the website that[’s] [] really hittin…’” and that “everybody in the hood” was using Womply.

Investigators believe the PPP loans obtained by these gang members were then used to finance their criminal enterprises, including the purchase of guns and drugs.

As fraud surged in the program, Kabbage reduced its full-time fraud prevention staff. Between May and June of 2020, during the height of the PPP, Kabbage reduced its risk and account review teams, which were primarily responsible for fraud reviews, by approximately half.

After American Express acquired the majority of Kabbage’s assets in October 2020, the PPP loan portfolio was transferred to a minimally-resourced spin-off entity. That company continued to fund tens of thousands of loans while retaining only one full-time anti-fraud employee.

Based on these findings, Congress and the SBA should consider carefully whether unregulated businesses such as fintechs, many of which are not subject to the same regulations as financial institutions, should be permitted to play a leading role in future federal lending programs. The SBA and SBA OIG should continue to investigate fraud in the PPP to establish the extent of taxpayer losses and identify misconduct by PPP participants. In addition to requiring stricter oversight during emergency programs, the experience of the PPP should inform the SBA’s ongoing activities. Any expansion of SBA programs to unregulated lenders or agents must be accompanied by greater oversight by the agency.

This is one of the most fascinating reports by the government on fraud that I have ever read. There are so many examples of shocking fraud.

I suggest you have a read of it here