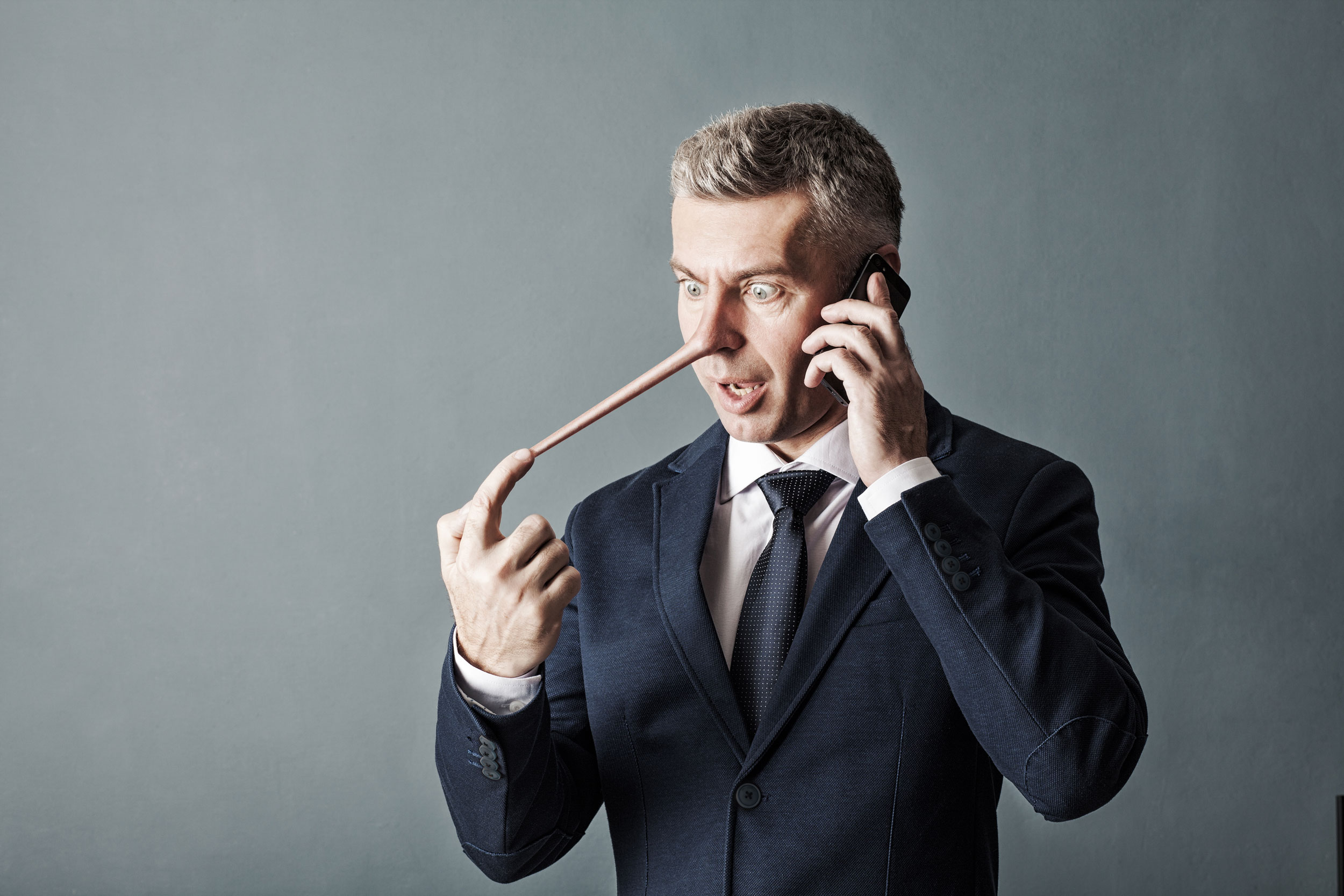 Income Fraud is one of the most common types of fraud that impacts lenders. People lie about their income in order to qualify for the loan.

As a case in point,  1 in 5 borrower’s admitted in a survey that they misrepresented their income on their application for a car loan.

In Australia, 1 in 6 home buyers admitted to lying about how much money they made on their mortgage application.

And in a recent study, online lender, The Lending Club believes about 11% of borrowers misstate their incomes on online lending applications. 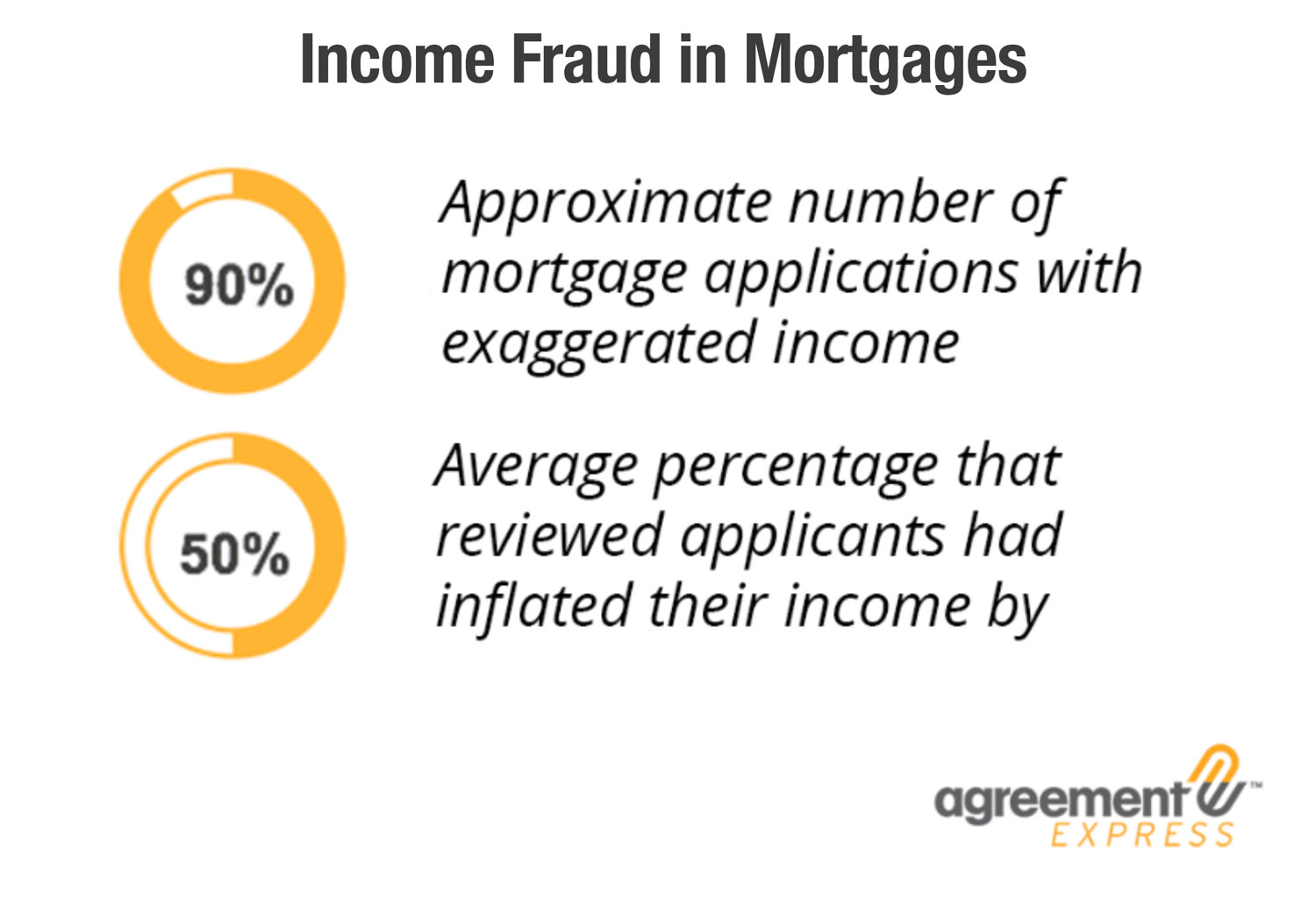 Yes, it is common. But it also really hard to tell if someone is lying about their income.   Think about it.  You would probably have a hard time guessing the income of a member of your own family!  And you have known them your whole life!

How can a lender know someone is lying when they have no idea who the person is?  Most applications have limited information on the consumers which put lenders in a difficult situation.

The mortgage industry learned this the hard way.  Income Fraud matters.  If a borrower lies about their income – which they often do – it impacts the performance of the loan.

In 2007, BasePoint Analytics determined that borrower that lied on their applications about income, employment or occupancy were much more likely to default. In fact, up to 70% of loans that defaulted within the first year, had lies on their application.

And the mortgage industry isn’t the only industry that has found that income fraud impacts performance, auto, online and personal loans have found the same phenomenon to be true.

The Current Approach – Verify Everything with the IRS

A 4506T verification involves the borrower signing a permission slip to let the lender get their tax returns for the last 2 years.  After the lender gets the signed form, they transmit it to the IRS and wait 3 days to get the results back.

How one service processes a 4506T request 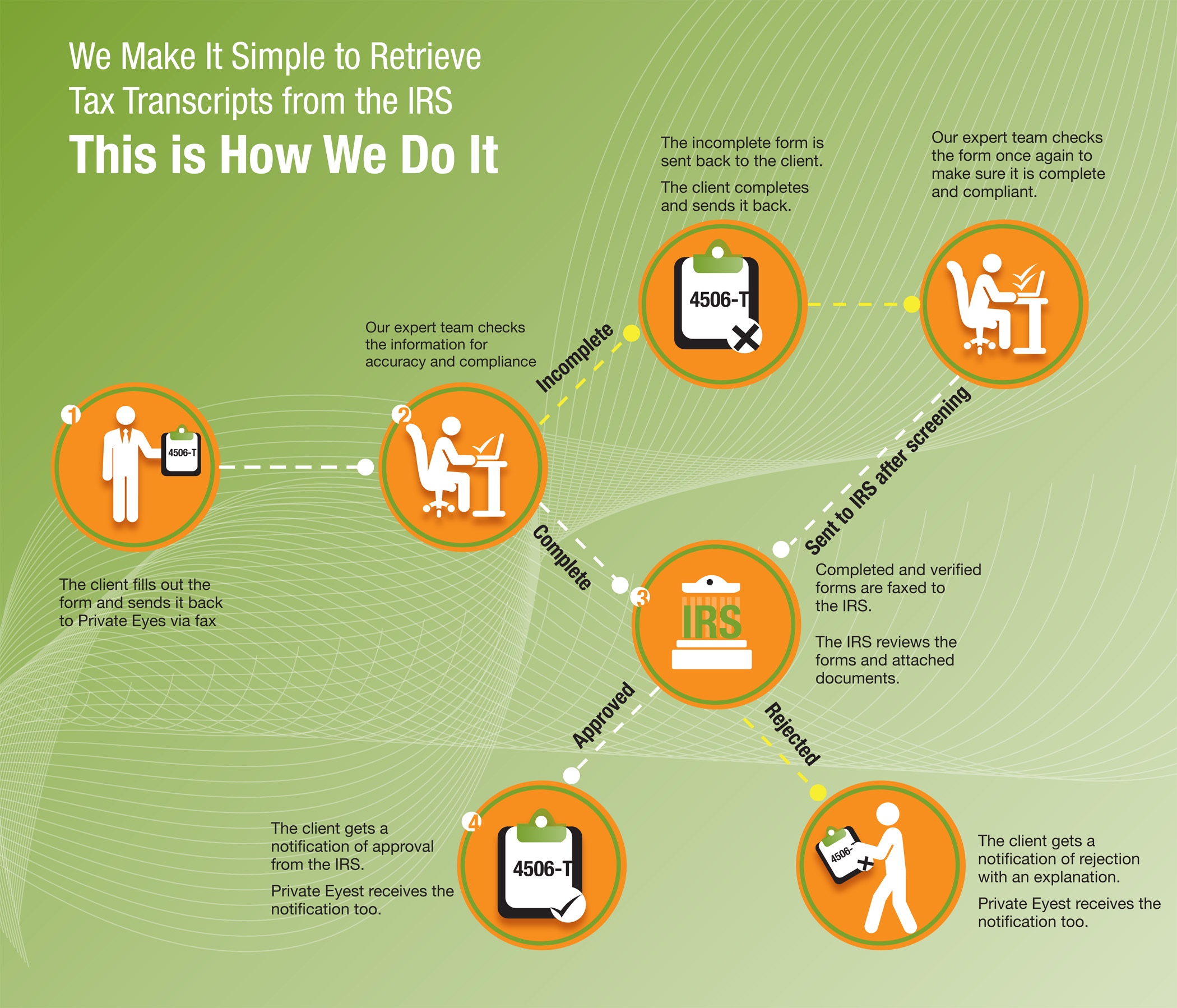 When they get the tax return back, they analyze the income to make sure it matches to the application.

The problem with this approach?  It’s costly.  It’s time-consuming.  It’s invasive.  It’s horribly slow.  Oh, and one big thing – people are notorious for lying about their income to the IRS!

Even with all these issues, 4506T has helped to crack down on income fraud. Other industries have followed suit and begun adopting this “straight to the IRS approach of verifying income.

In addition to verifying income with tax returns, lenders are increasingly turning to other verification approaches

Paystubs – Lenders can request the last 2 paystubs to verify how much borrowers recently got paid from your employer.

W2’s – Lenders request copies of your year-end W’2’s from borrowers to see how much they got paid the year before.

Tax Preparer Letter – Self Employed borrowers are often asked to provide a tax preparer letter which explains how their income was sourced and how much it was.

The only problem with these approaches?  They are rife with fraud and forgery.  Paystubs, Bank Statements and W2’s are ridiculously easy to forge over the internet and you can find quite a few shady tax preparers who are happy to write anything on a letter to a lender.

Here is a fraudulent paystub I created in 2 minutes off the internet.  It’s probably good enough to get a loan with. But it is fraud.  It is a forgery.

Face it.  Income verification is no silver bullet.  But it is effective in many cases and that is why lenders rely on it.

Where Statistical Analysis Comes into Play

Have you read the book, Freakonomics?  There is an interesting chapter where they show how easy it is to catch cheaters by analyzing data.  You see, cheaters and liars can never make their data follow a normal distribution.   Cheating will always show itself in the data if you look closely enough. 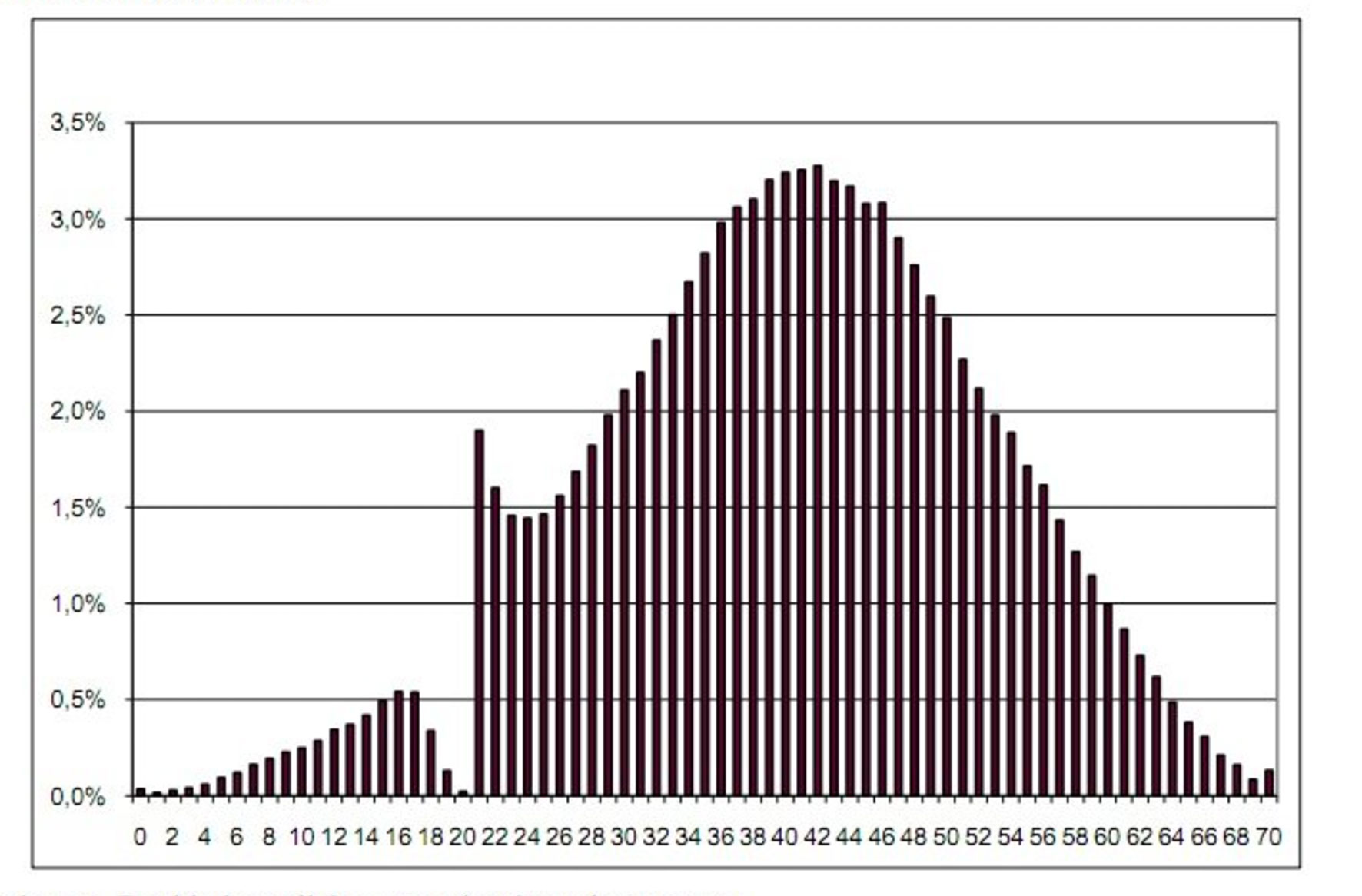 In this example, a high school maturity exam in Poland (courtesy of reader Artur Janc), comes this histogram showing the distribution of scores for the required Polish language test, which is the only subject that all students are required to take, and pass.

This is not a normal distribution as you can tell. The dip and spike that occurs at around 21 points just happens to coincide with the cut-off score for passing the exam.   You can tell by looking at the chart that there is some sort of bias being introduced by the teacher, or the exam scorer or the students themselves to give some students just enough to pass the test.

This same principal of normal distribution and outlier analysis can come into play for analyzing income fraud at the application stage.   By looking for abnormal distributions or income that deviates from normal expectations, you can quickly find the income cheaters.

How Machines Can Spot The Dimensions of Income Fraud

There are several ways, Machines can help identify the patterns of income fraud in applications.

The key to spotting income fraud is not to look at a single dimension of income, but rather 5 or more dimensions.   By looking at multiple dimensions, machines can improve the accuracy of finding what is out of pattern for a borrower.

Here are a few examples of dimensions that can be analyzed through machine learning and pattern recognition to find income fraud.

The answer is easy.  Absolutely they can, and they do.  We use sophisticated income analysis to help spot income fraud in auto, mortgage and retail applications for credit.

The key to success is to evaluate the income level risk in the context of the overall risk of an application.

Income fraud is typically a means to an end, it is not the end.  Evaluating a misrepresented income in isolation of the risk of an application might be meaningless.  For example, a loan with an LTV of 15% collateralized against a home may have almost zero chance of loss, so how important is the income in calculating the risk of that application.

Croudify presented some interesting analysis that proved that machines can help identify income fraud that matters without necessarily verifying income with documentation on every single loan.

Their first finding was that the Lending Club was, in fact, verifying more incomes, NOT Less over time. 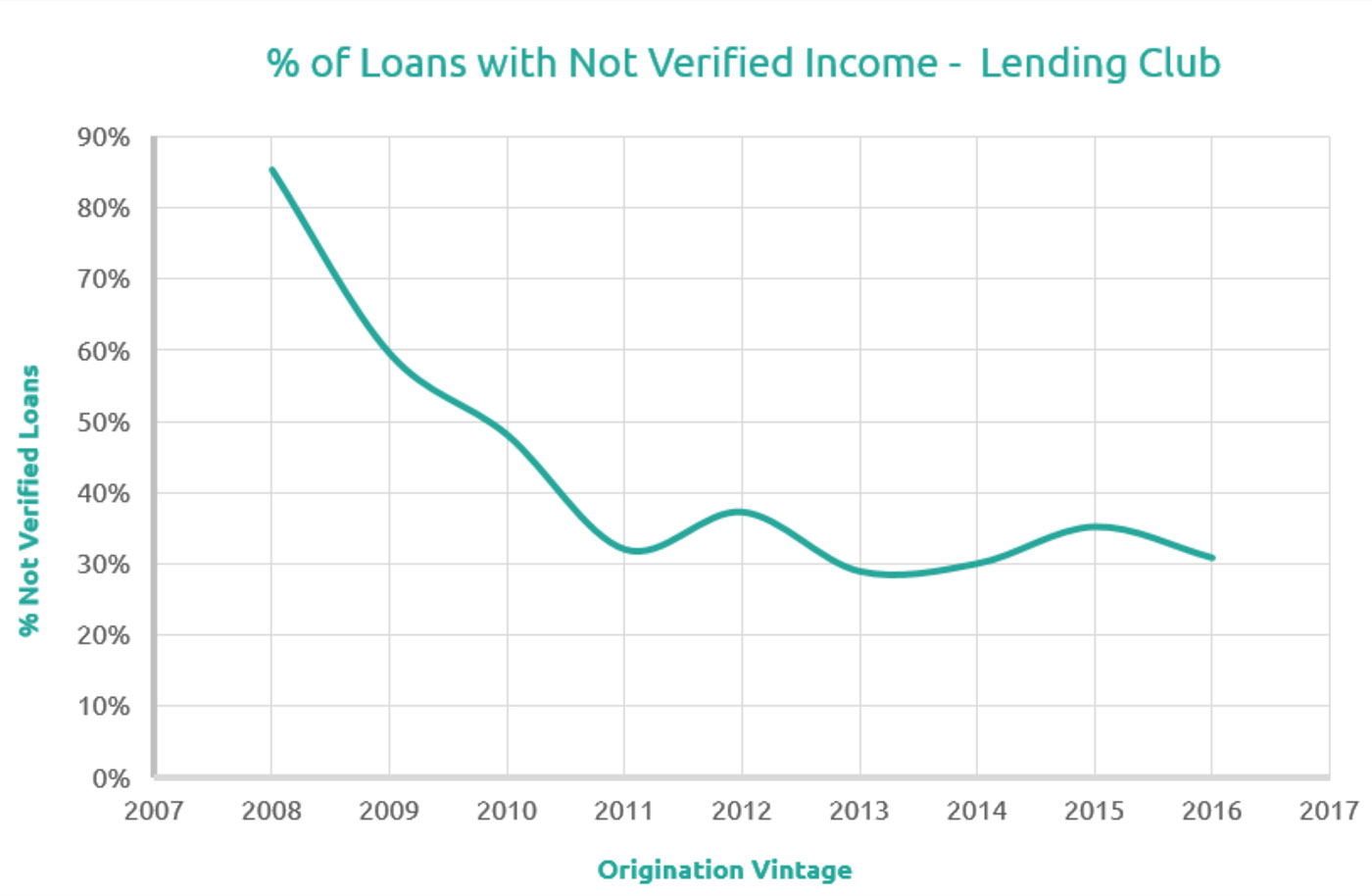 And secondly that their default rates were lower for those applications where the income was not verified. 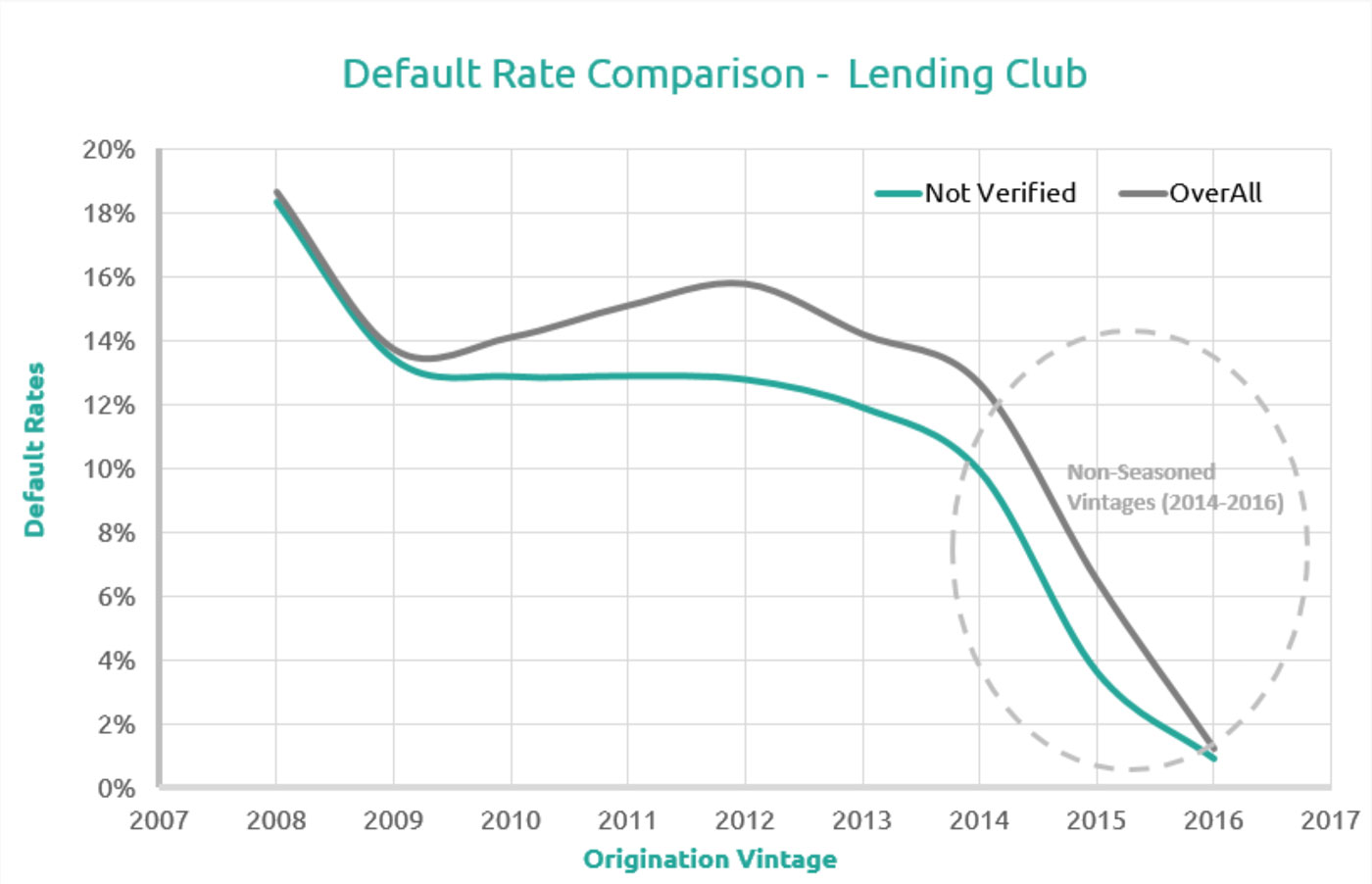 How to Use Machine Learning Models

When the models indicate the risk of income fraud is not material in changing the performance of the loan, in those cases the income verification can be deprioritized.

It’s a risk based approach which always works the best.

I hope you enjoyed the article. Thanks for reading!