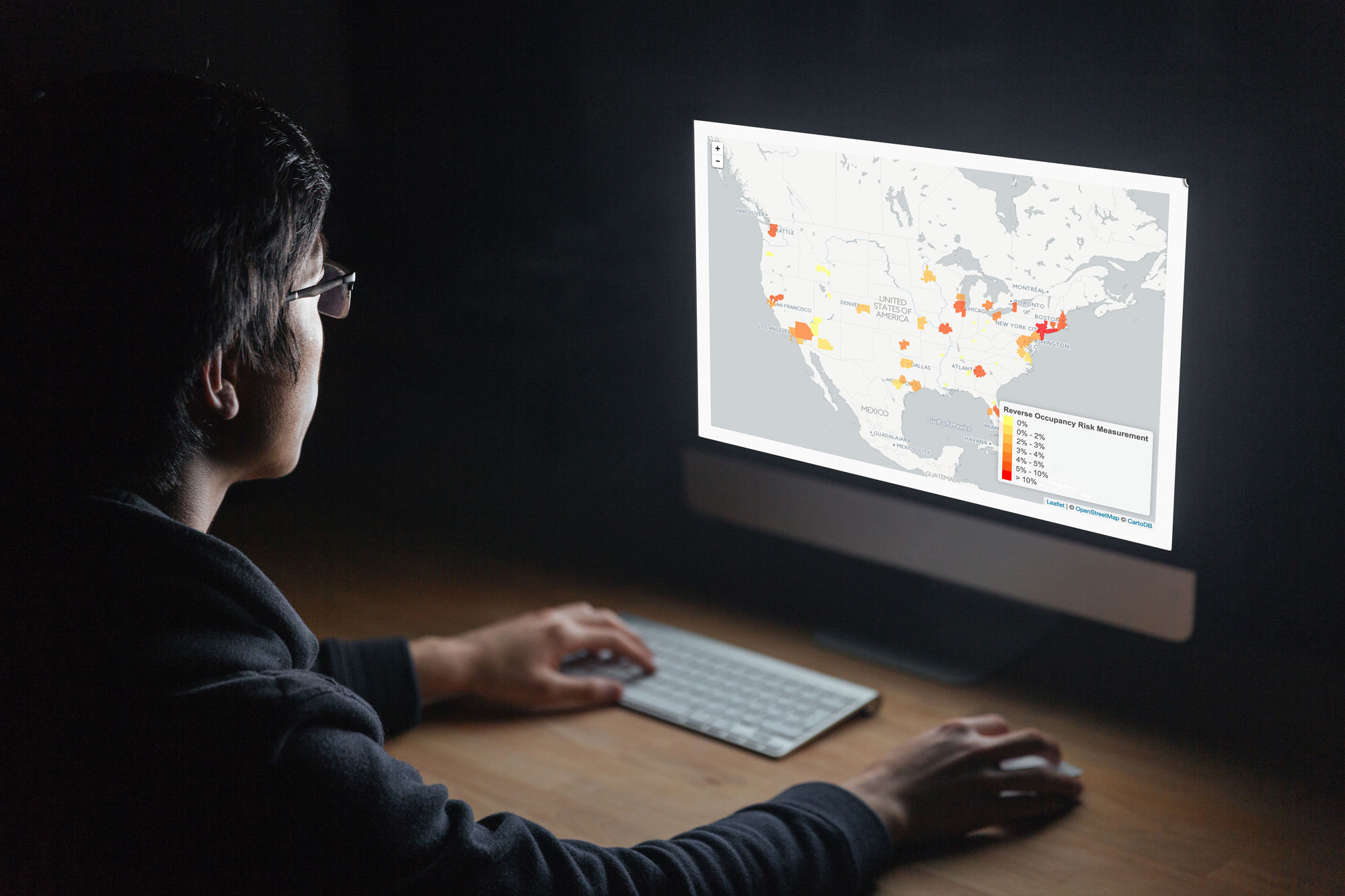 Liang Tian, a Fraud Scientist with CoreLogic in San Diego, has proved that fraudsters will do anything to fool mortgage lenders into approving fraudulent applications. And that includes doing a complete 180 on their fraud schemes to avoid detection.

The latest scam?  Reverse Occupancy Fraud where a borrower buys a home as an investment property and lists rent proceeds as income in order to qualify for the mortgage, but instead of renting the home the borrower occupies the home as a primary residence.

You can read Liang’s Analysis on this blog written by Willa Wei – Occupancy Fraud Makes a Comeback.

For years the mortgage industry has cracked down on fraud; introducing models to target risky applications and then deploying teams of experienced fraud analyst to weed out the fraud on those mortgages.

And they have been very successful in pushing fraud down.  Mortgage fraud is one of the only fraud types to see declining fraud losses in the last 5 years.   Last year CoreLogic reported a 9% decrease in mortgage fraud risk based on their index which tracks applications nationwide.

As the lenders implement controls, fraudsters bypass those controls by changing the underlying way they commit fraud.    The phenomenon creates a roller coaster of risk which is clearly evident in the fraud index. 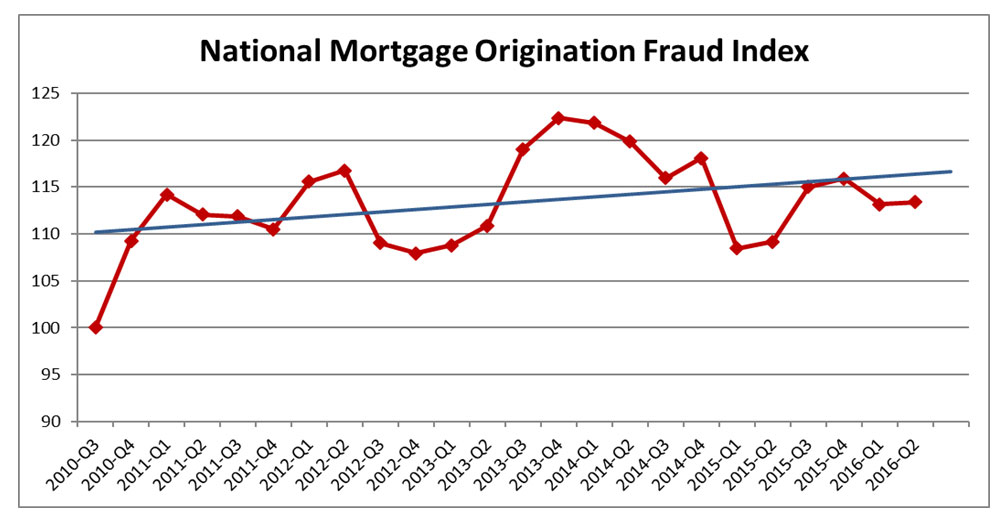 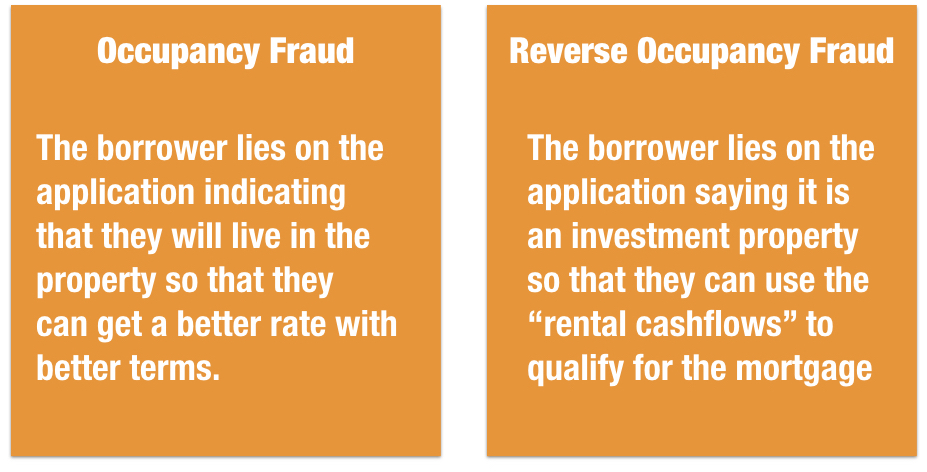 CoreLogic Looked to the Data and The Trends

Liang has been investigating fraud schemes and building analytic models for years. I worked with Liang for many years as he was a scientist with our company BasePoint Analytics.

CoreLogic noticed a funny trend where low-income applicants were beginning to rush into investment properties.   It turns out they had stumbled upon a rash of reverse occupancy fraud.

The key characteristics of reverse occupancy fraud included the following:

After analyzing the data, CoreLogic analyzed how this appeared in the data by looking at the norms and deviations.  Their findings clearly showed the fraudsters were doing things a little different than they had in the past.

Their findings clearly showed the fraudsters were doing things a little different than they had in the past.   High Income, High LTV and High DTI which are common signals of fraud were low for this group.   The only signal that was high was high loan amount.

By keeping the signals hidden, the fraudster were able to get loans to go through. 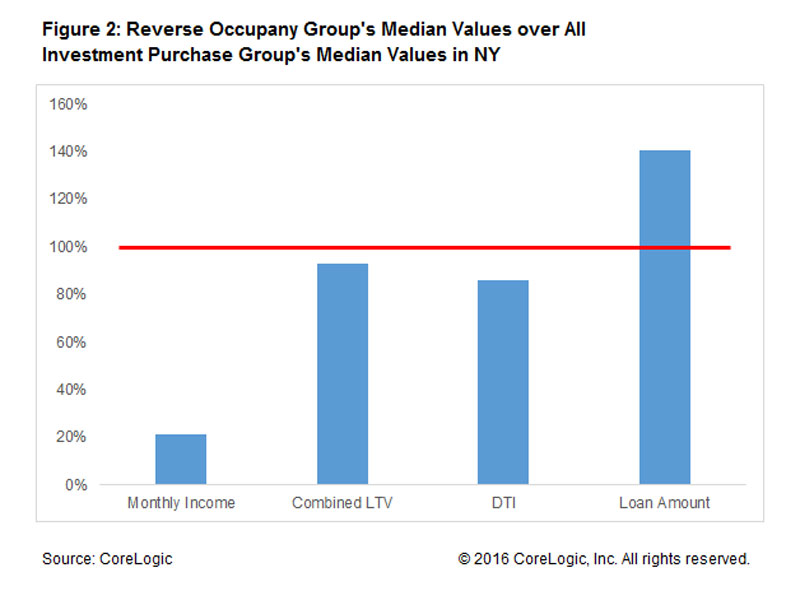 There are HotSpots For Reverse Occupancy Fraud

It appears these schemes are probably coordinated between fraud rings and brokers that know how to perpetuate the schemes.  The scams appear to be concentrated in New York, Atlanta, Chicago, Riverside and St Louis.  As you know, these are common areas of all types of fraud risk for mortgage loans. 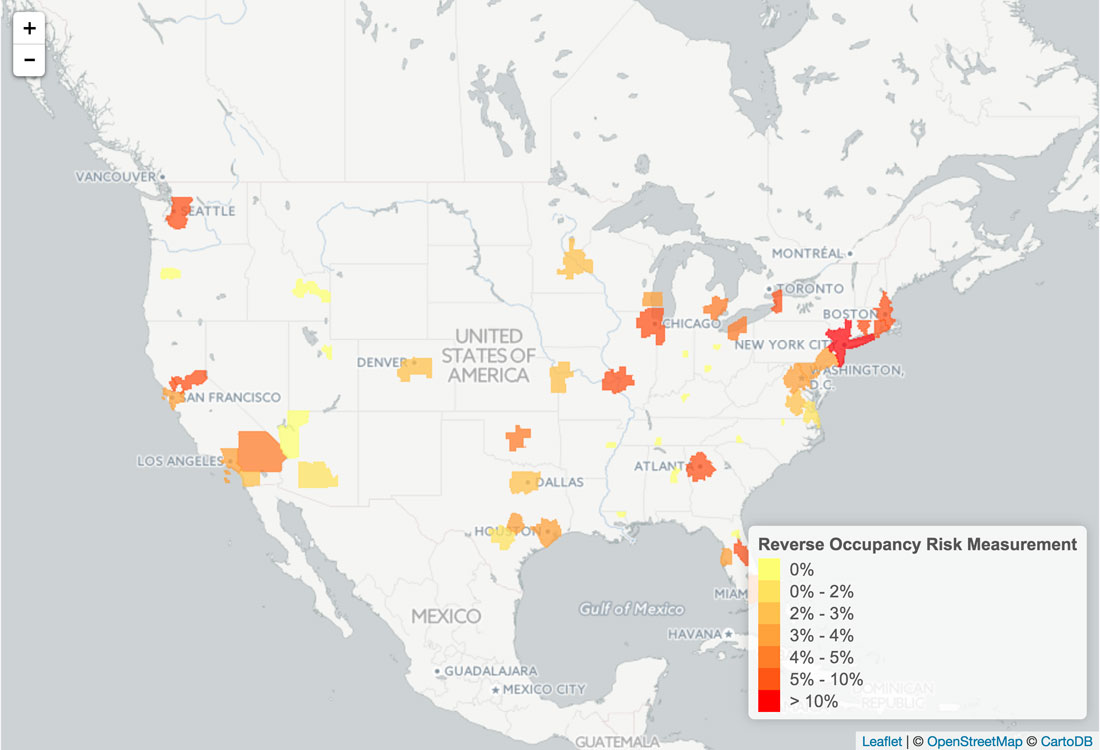 What Can Lenders Do?

Fannie Mae recommends that prudent origination, processing, and underwriting practices should include looking for “red flags” in the loan documents that raise questions about the transaction.

Closely reviewing liquid assets as compared to income and the source of qualifying income can identify a potential reverse-occupancy scheme.   When the borrower reports very high assets but very low income, that can be a key indicator of reverse occupancy fraud.