US CNP Fraud Projected To Double With CHIP 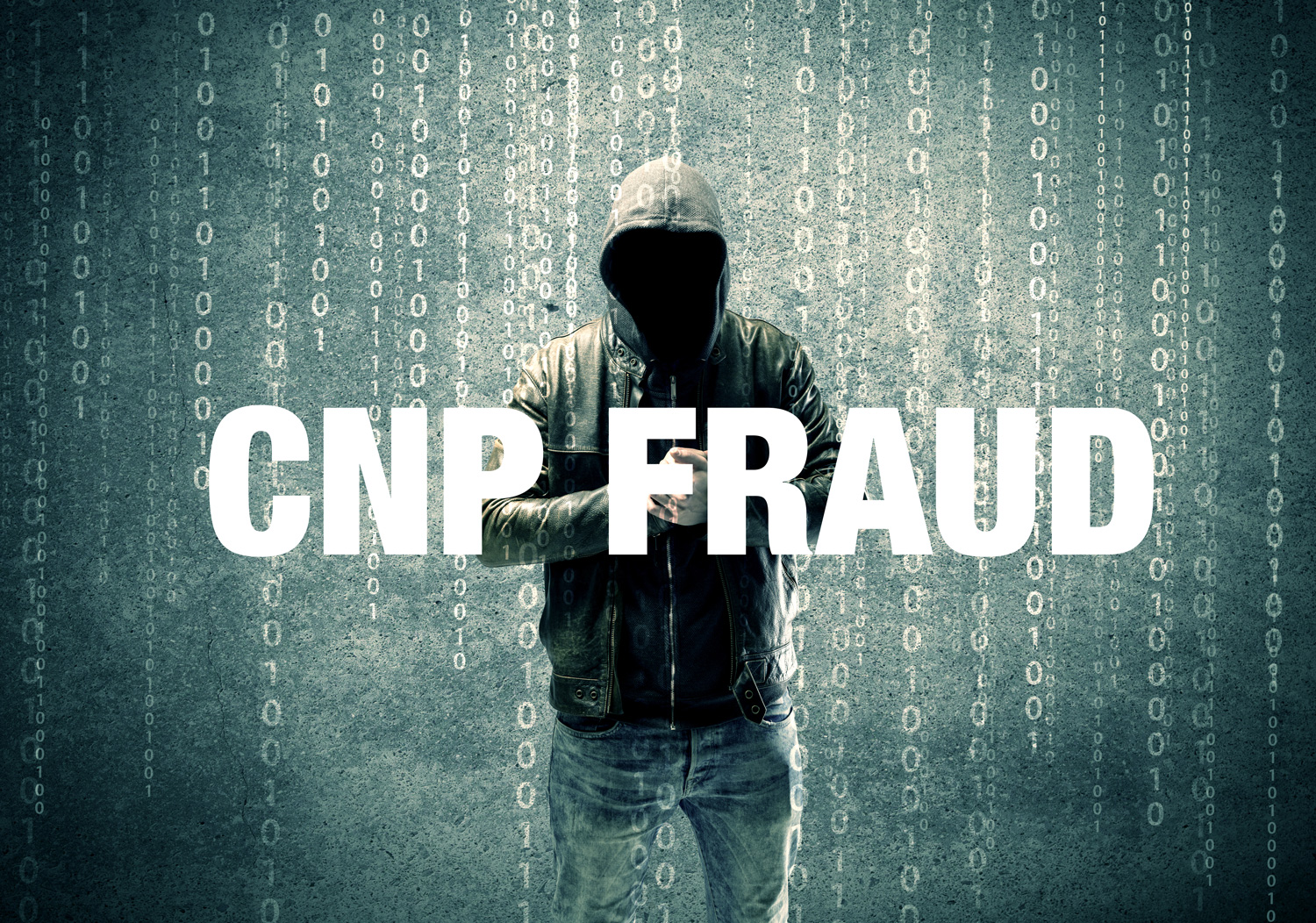 Fraud is not static.  You can’t put a fraud hurdle like CHIP cards in front of the fraudsters and not expect their behavior to change significantly to get around it.  Industry experts are pointing to a growing type of fraud here in the US – Card Not Present – and advising that it is likely to double after CHIP card is fully implemented.

Iovation, one of my favorite cyber companies, sponsored a report through AITE to analyze the impact of Chip Cards on CNP and Account Takeover Fraud. To understand the fraud migration over the next 24-36 months, AITE interviewed 16 card issuers, 4 processors and 2 payment networks.

The ultimate finding of the analysis suggest that counterfeit card fraud losses will drop however gross losses will increase mostly due to migration of fraud to card not present and account takeover losses. 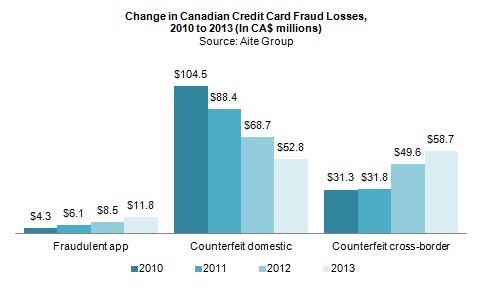 The studies results are not surprising as every region of the world has experienced the same phenomenon when they implemented CHIP Cards.

In Canada for example, they saw reductions in counterfeit domestic transactions but increases in both counterfeit cross border (mostly the US) as well as increases in fraudulent applications.

Counterfeit Experience Will Be Mixed

Forecast are that counterfeit experience will be mixed and slower than anticipated.   The rollout is not anticipated to reach critical mass until 2017, and even then it will not be 100% 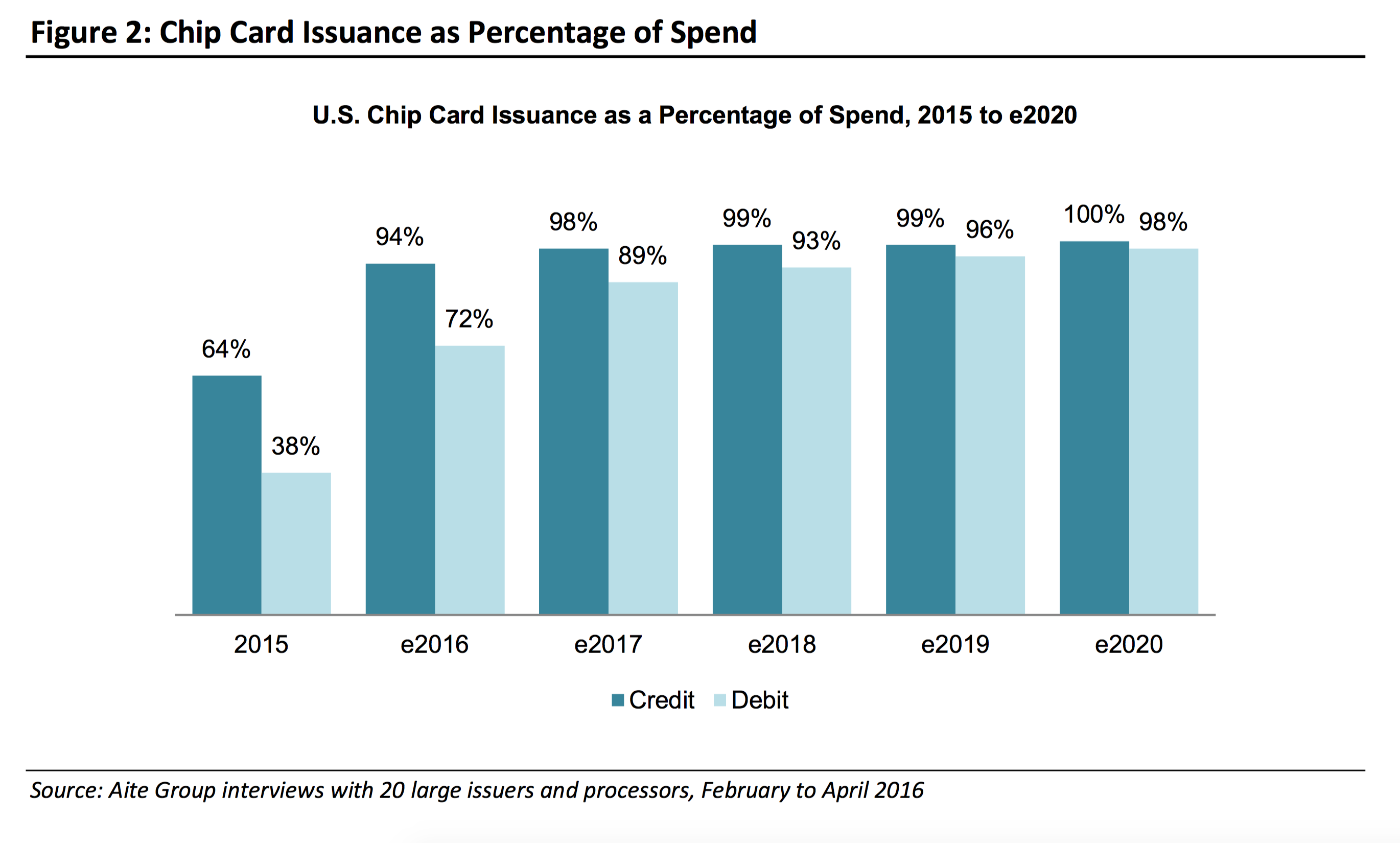 Most banks are reporting drops in counterfeit already and massive increases in chargebacks on magnetic strip read transactions on CHIP cards.

AITE and Banks are bracing for large losses as were experienced in the UK after implementation of CHIP cards in 2003.

In the UK Gross card losses have continued to climb dramatically since 2003, growing from 150M a year to close to $400M by the end of last year.

Forecasting a conservative doubling of CNP related losses here in the US seems entirely plausible. 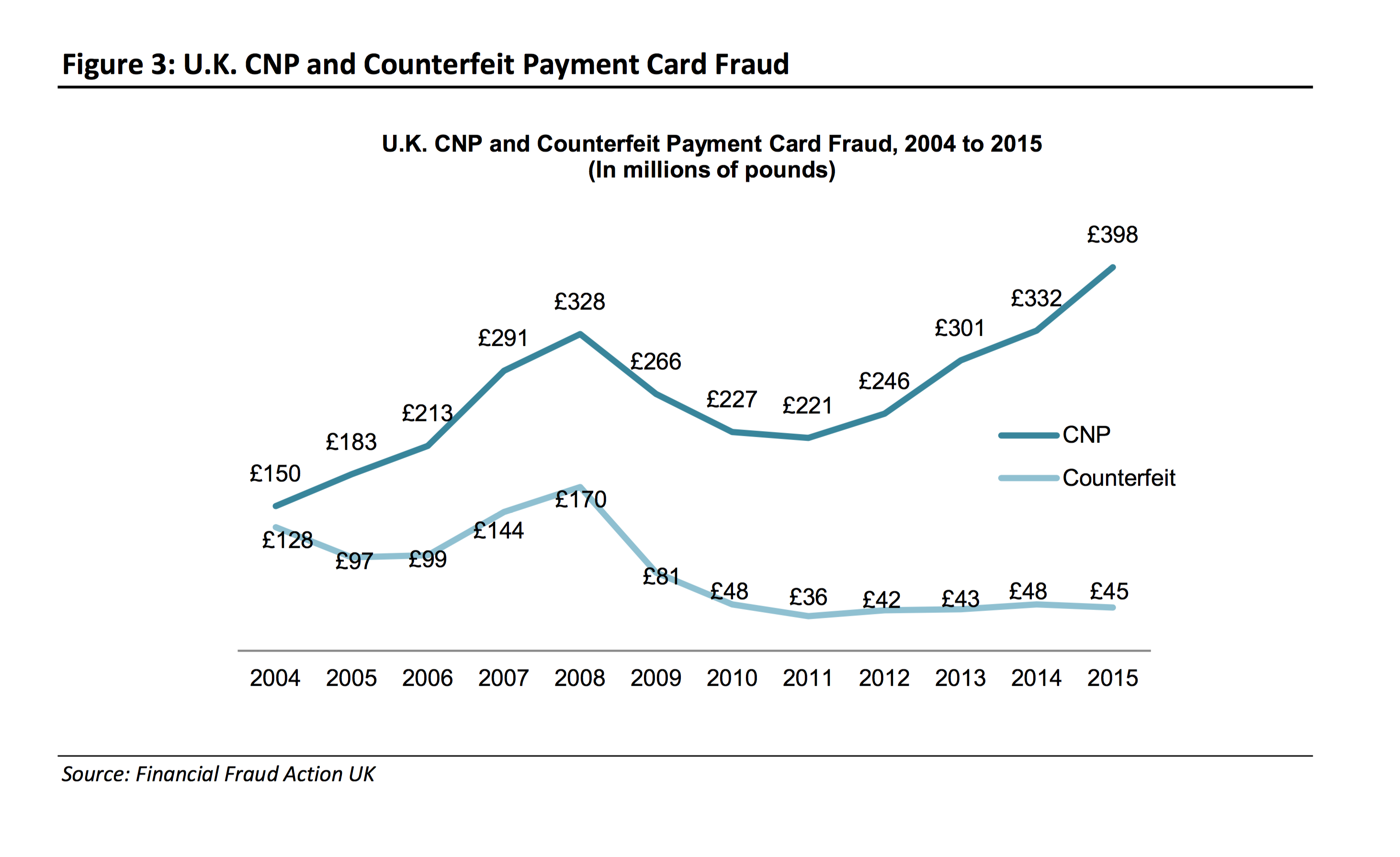 Iovation provides a link which you can get the full informative report here – Iovation Fraud Report on CNP Post EMV Implementation.