The Flip Side Of Fraud -Fake Sales & Dark Patterns 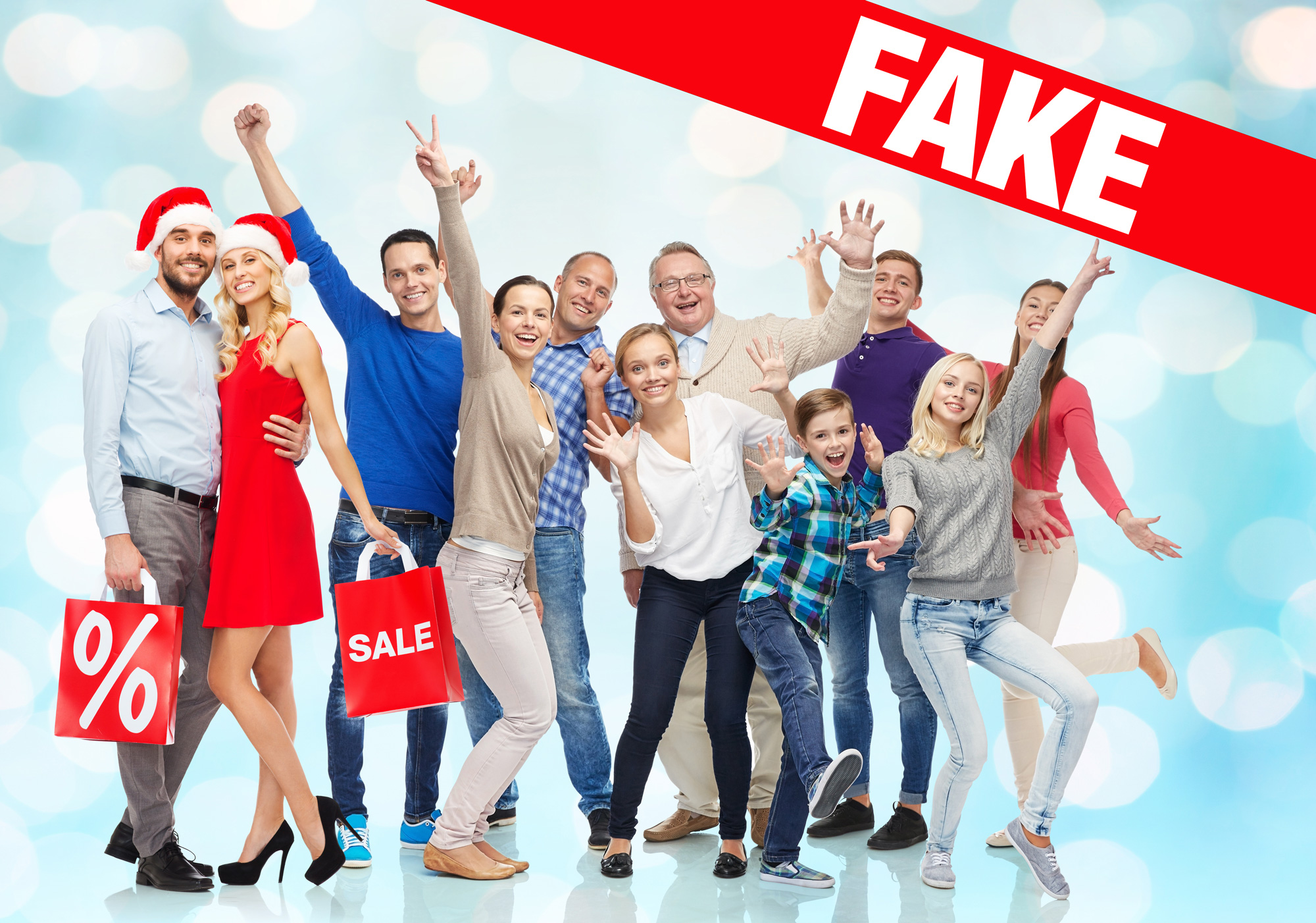 It’s almost Black Friday.  You know what that means.

Big Sale!  You know when you walk into your favorite store and see that sign, your heart starts to beat a little faster.    Or maybe you go online and see your favorite retailer offering big discounts.

You get a little bit more excited because you know you’re probably going to end up with some great savings.

But will you really?  Or have you just been hooked by one of the biggest deceptions that is routine practice by retailers – the FAKE SALE?

And, if retailers are quick to place blame on fraudsters for stealing approximately $32 billion from them by deception each year, isn’t the practice of fake sales the same thing – bilking money from consumers through deception?

I believe you could make the argument it is not much different.

I went to the store last week to do some after Christmas shopping.   I wanted to buy some work shirts so I went to my favorite men’s store and saw a rack with the brand I love to wear. Above the rack was a big sign that said 50% off every shirt.

I was ecstatic! I had just bought one of those shirts a few months earlier and spent $95 it. That was the full price.  It was a great quality shirt and I wanted to stock up.

I did the math and figured I would buy 2 more shirts and it would cost me $95 since each shirt should now be 47.50 each.

I didn’t even look at the price tag since I already knew the price and so I just looked and found my correct size.  Luckily, I found 2 shirts that I really loved that fit me well.

“Wait a second!, I said, “Those shirts are on sale 50% off!”.  He said, “That’s right” and showed me how the 50% discount had been taken off the shirts.  The only problem is the full price of the shirts had been marked up to $190 each and with the 50% discount they were being sold to me for $95.  The same full price I had paid for the exact same shirts a few months ago.

I had fallen victim to the Fake Sale scam and I’m not the only one.   Each year consumers lose billions of dollars to these fake sales.   It’s a common practice among retailers, but it’s a shady one and I think it needs to stop.

In a recent study, the problem of retail fraud is everywhere and consumers are being conned in the millions.

Znet reports that in a large-scale academic study that analyzed more than 53,000 product pages on more than 11,000 online stores found widespread use of user interface “dark patterns”– practices meant to mislead customers into making purchases based on false or misleading information.

The problem of retail fraud against consumers is real.

Consumers Fight Back Against Fraud

Well, consumers are fighting back. Earlier this month, Macy’s and Bloomingdales were hit with a lawsuit for fraudulent business practices, false advertising, and unfair business practices.  At the heart of the complaint was their practice of putting false “original” prices on product stickers and then marking those false original prices down as “on sale items”.

Macy’s business practice is to place a sticker on top of the original that shows the original and the sales price.   The only problem is that the original price was never the real price to begin with.

It’s all a sham.  And you can read the complaint here- haley

This CEO Tried to Stop it and He Got Fired

One CEO was fed up with the practice and he decided to do something about it.  Ron Johnson took over JC Penny and decided to get rid of deceptive pricing practices there.

Instead of offering continuous year-round sales where prices were marked up, and then down he chose to put honest pricing on the stickers and offer the discount right from the start.

And it failed miserably. After introducing a “no-sale policy” similar to the one successfully used at his former employer, Apple. The company lost $4.3 billion in sales the next year.

Which brings up an interesting point.  Do consumers want to be deceived?  Is that why they stopped shopping at JC Penny.

So are fake sales good?  No, not at all.  While consumers want to feel they are getting a good deal, they are starting to catch on that they are not, and they are changing their shopping habits.

I applaud Ron Johnson.  He had the right vision.  But old habits die hard and investors have very little patience. 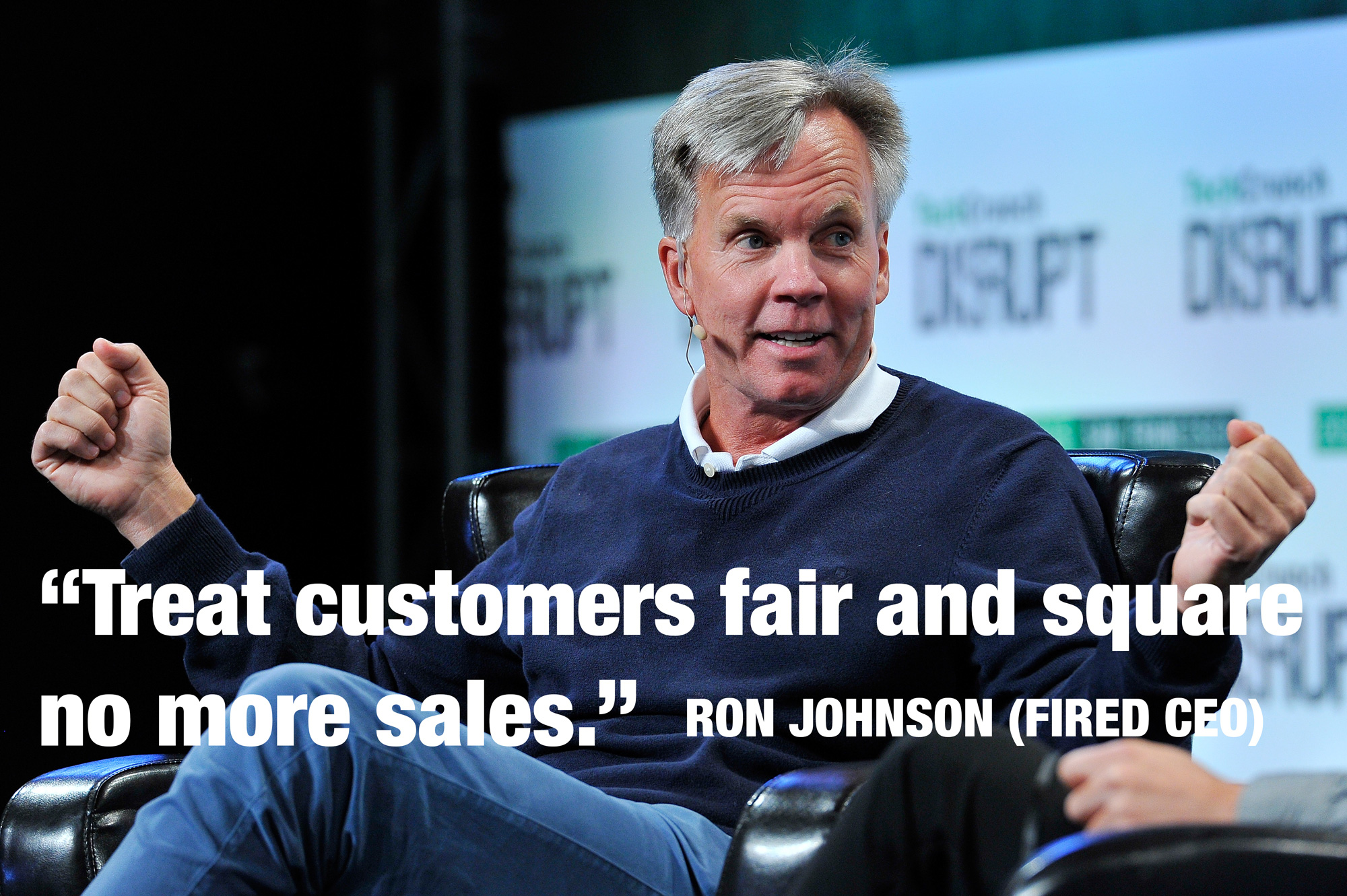 Judges Are Ruling in Favor of Consumers

The lawsuits are appearing to work.  The Ninth Circuit Court ruled in favor of consumers that sued Kohls over fake sales.

Most consumers have, at some point, purchased merchandise that was marketed as being ‘on sale’ because the proffered discount seemed too good to pass up,” says the decision. “Retailers, well aware of consumers’ susceptibility to a bargain, therefore have an incentive to lie to their customers by falsely claiming that their products have previously sold at a far higher ‘original’ price in order to induce customers to purchase merchandise at a purportedly marked-down ‘sale’  Ninth Court Circuit Judge

It’s good to see the courts ruling against this sort of deceptive practice and lies.  In my book fraud is fraud and it should always be rejected no matter who is responsible.