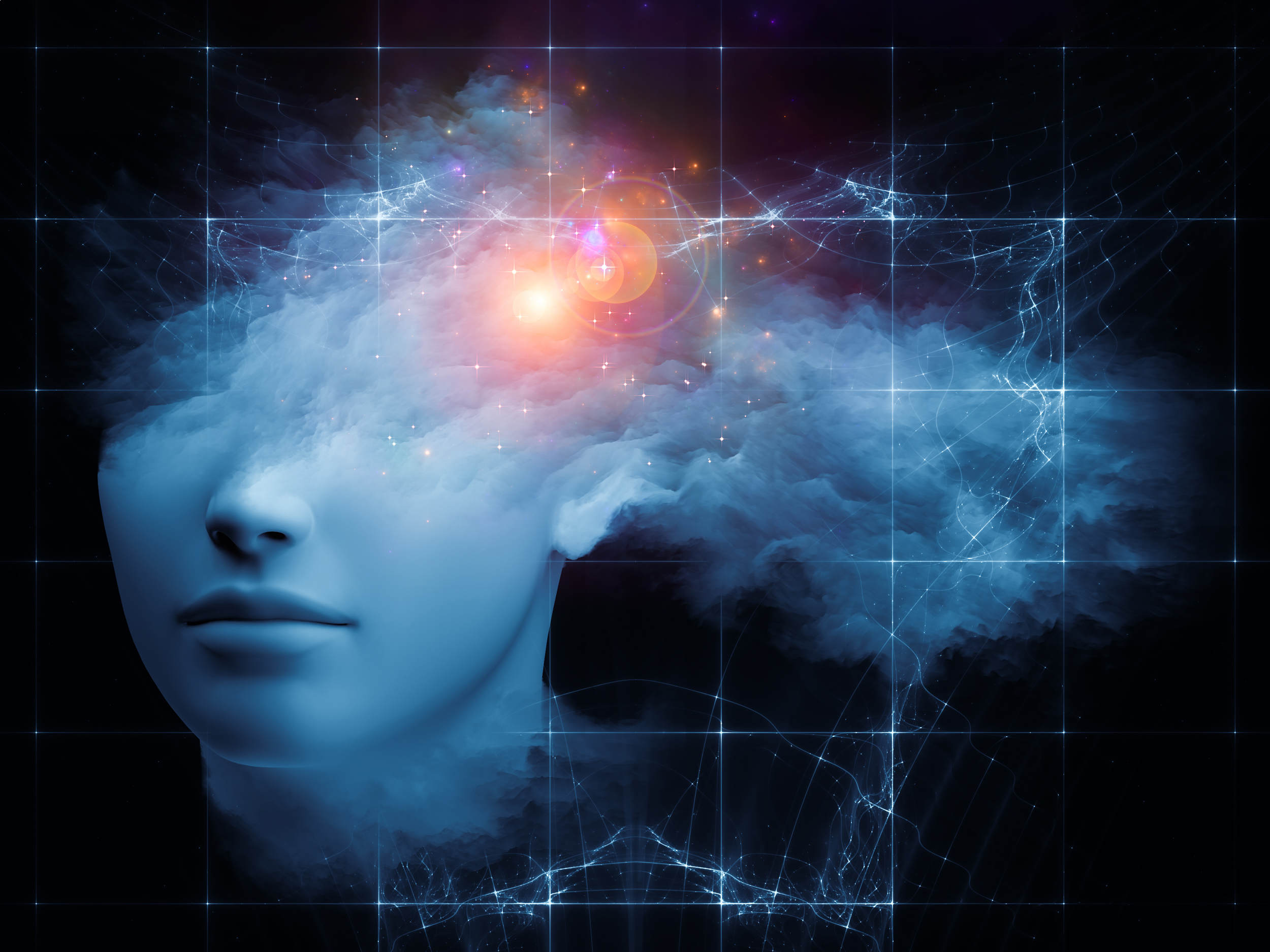 Is Credit Repair Fueling the Rise in Synthetic ID Fraud?

Doug wasn’t a very good credit risk.  In fact, he defaulted on just about every credit card and loan he ever had.  He was about as lousy as paying his bills as anyone out there and his credit score was below 500. But that didn’t stop him from walking into his local car dealership and buying a brand new $75,000, 2017 Cadillac Escalade,  with zero money down.

He bragged about it on YouTube and offered to help others do exactly the same thing.  He had a foolproof secret and a “contact” that could help anyone do the same thing.

So why would a car dealer give a brand new luxury car to this deadbeat when he never paid any of his bills?

It turns out Doug wasn’t exactly telling the car dealer everything about himself.  And maybe that was why they let him walk out of the dealership with the car and without putting a penny of his own money as a down payment.

A month earlier, Doug had seen a video on how he could improve his credit score with “tradelines”.  For $1,000, he was promised that a well-known credit repair company could get his credit score to over 700.

So he paid $1,000, then did exactly what the credit repair company told him to do. 1 month later he was walking out of the dealership with his Escalade and he could not believe his luck. 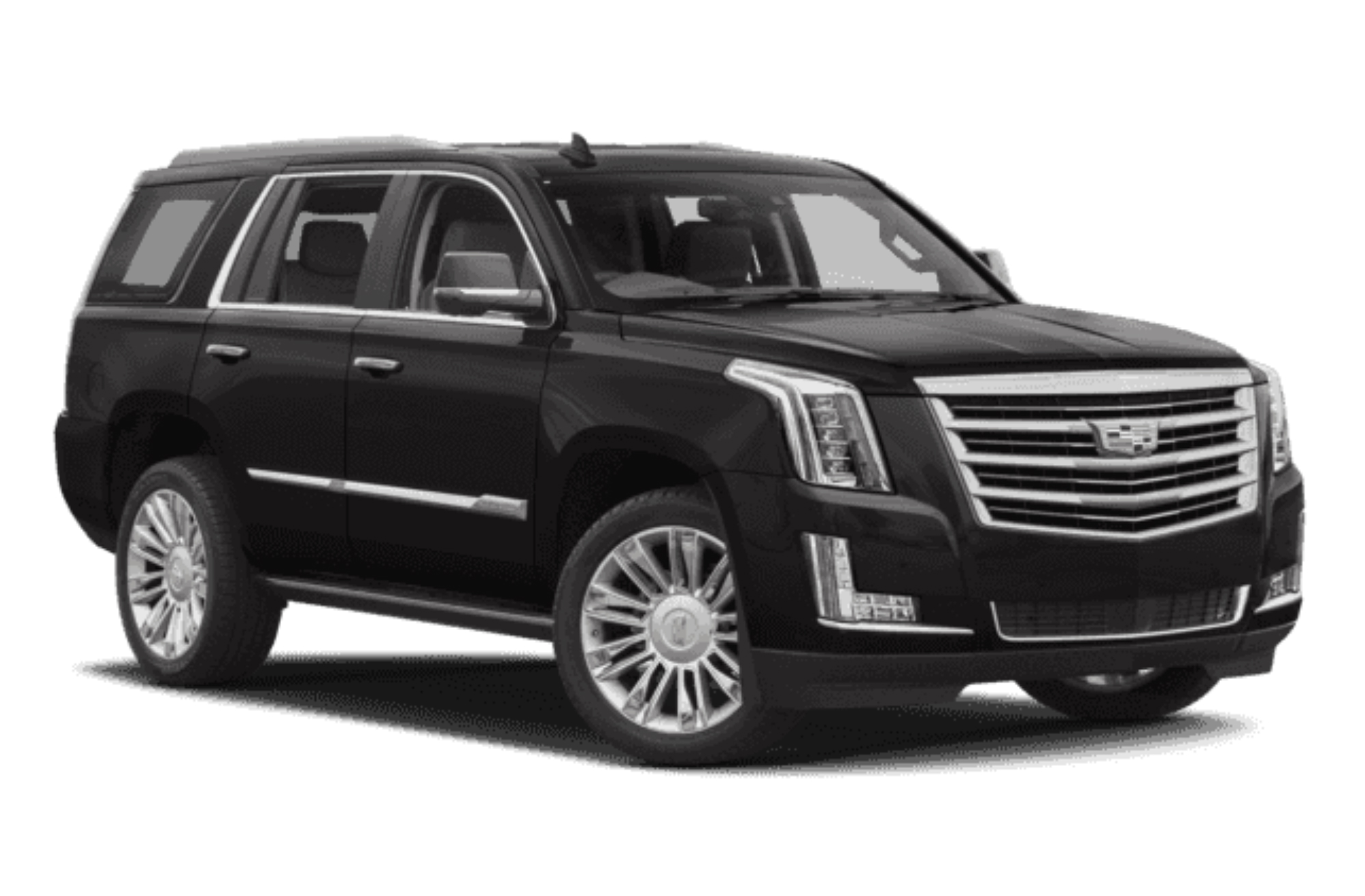 So how did the credit repair company work their magic?    They used a time-tested questionable method of altering and disguising Brad’s true credit profile and replacing it with a synthetic identity that they tailor-made just for him.

In the end, this method made Doug’s credit score jump from an awful 480 to a fantastic credit score of 720 in less than 30 days.  Armed with that new credit score, Brad was a brand new person with a great credit history.

The Slippery Slope of Credit Repair

I have a good credit score, but I wanted to see for myself how these credit repair companies can achieve so much success helping people with bad credit improve their scores so quickly.

So,  I started with a Google Search – “How To Repair My Credit” 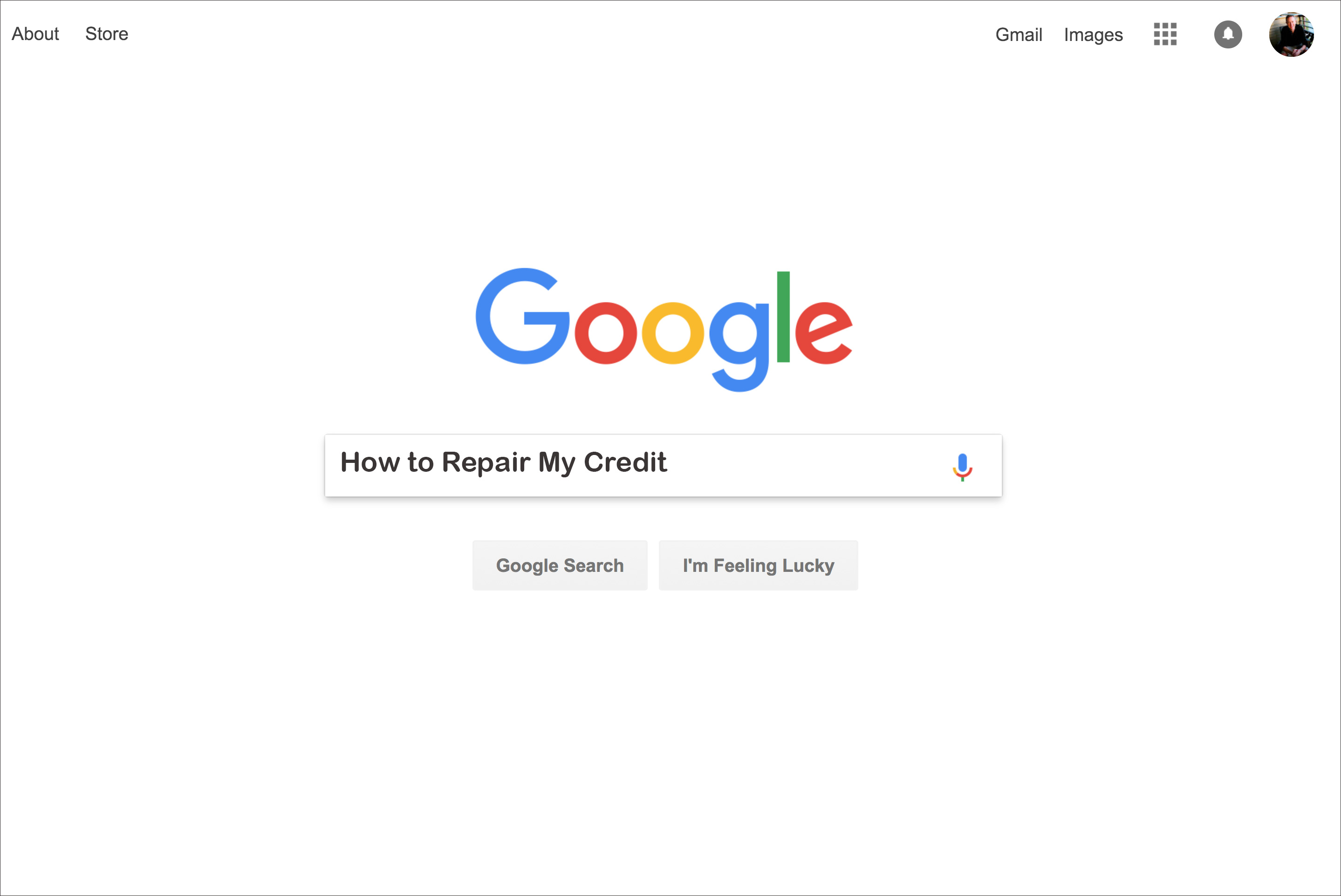 It turns out there were lots of legitimate credit repair companies out there that offered services to help consumers improve their credit by reducing their debt and removing inaccurate information from their credit bureaus.

But there were also some other services that offered to improve my credit just by having access to good tradelines that they could add to my credit bureau.

This process which is called “PiggyBacking” is the very shady but completely legal practice of boosting your credit score by having people you don’t know add you to their credit card accounts as an authorized user.  When they add you, you get to share their FICO score.  If they have a 720 FICO score, now you have the same score.

While this is perfectly legal, it does seem like misrepresentation, doesn’t it?   You are essentially borrowing a random person’s payment history and claiming it as your own.

This is where credit repair starts to go down a slippery slope. As I investigated more, I was about to find out that many credit repair sites trick customers into committing full-scale fraud to improve their credit reports.

I Paid $19.95 To Learn From The Experts How To Improve My Credit

One website, in particular, caught my eye.  It promised me for $19.95 they would teach me a fool proof method to improve my credit.

What the heck, I paid the $19.95 to see what they would recommend.  What I received was a tutorial called, “CPN Program”.  It came to me in a series of “How To” documentation that walked me through step by step instructions on how to repair my credit.  This program was not a credit repair program at all

The only problem?   It was no credit repair process at all. It was teaching me how to successfully commit Synthetic Identity Fraud!    I could get in big trouble if I actually followed the directions in this guide.  It was a step by step guide of how to completely change my identity, borrower other people’s credit scores and hide who I really was from lenders and card issuers.

The process to repair my credit followed the basic steps below. 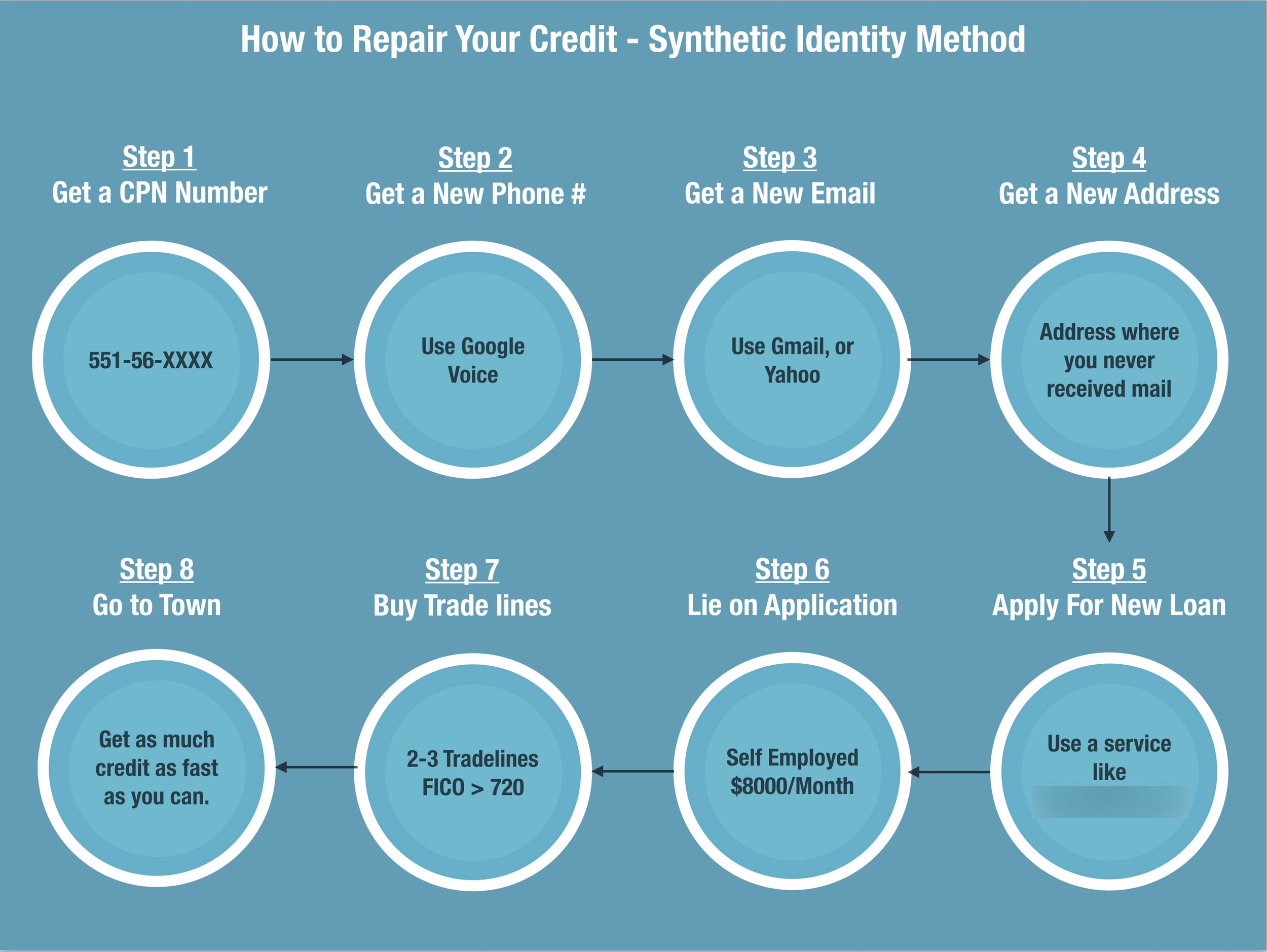 Credit Protection Numbers (CPN)  are not issued by the Social Security Administration or any government agency.    The tutorial advised me to CREATE MY OWN CPN number by constructing a fake SSN that would fit my age and location profile.  They recommended I use this site to do it – SSN Decoder Site.   The key they say is to find a social security number that has not been issued yet.

After I found a likely SSN that would work, I could validate the number on another site that receives updates from the social security administration – SSN Validator Site.

As you set up your new identity, they recommend you get a completely new email so that nothing can tie back to the old you.  They recommend Gmail, Yahoo or other free email services.

The service then recommends that I choose an address that I have never been associated with in any way in the past.  They advise if an address is found to link back to me, it will be very likely that my new credit file will get linked back to my old credit profile.

Step 5 – Apply for Credit to Establish My New Credit File

They recommend that I apply for credit with an online auto lender or Fingerhut since those are the best for creating brand new credit identities.  It’s ok if you are declined they say.  The declined information will work to establish a new bureau in your name.

Step 6  – Apply for More Credit and Use Fictitious Information

The sixth step is applying for credit using bogus employment, income and job information.   You should always use the following parameters on all of your applications

The seventh step is to buy tradelines from $300 to $1000 by piggybacking off of other consumers good credit.   While this particular tutorial didn’t sell them there are lots of tradeline brokers out there happy to help you commit your fraud scheme

A Whole System of Hiding Your Identity For Financial Gain

Synthetic Identity creation to give yourself a new lease on life is fraud.  It just simply is.  It is a misrepresentation.  It is using a social security number that does not belong to you to apply for and receive credit.   It is illegal and it can get you into a lot of trouble.  It is a federal offense and it can land you in prison if convicted.

Check out this video of a pastor that promises to help people improve their credit but in the end aids them in creating these synthetic identities.

Many of the sites that claim to get you a legal CPN are doing no such thing.  They are playing a guessing game and trying to find social security numbers of minors that have no credit bureau.

When they find a social security number that belongs to a child, they will give it you and advise that is your own legal CPN number.  It is not.  You are victimizing a child and potentially creating identity theft problems for them for many years.

If landing in prison is not enough of a deterrent, think about the poor kid that you are potentially defrauding. You might be wrecking their ability to get student loans when they try to get into college.

The problem of Synthetic Identity is growing and it is a large problem. The Auriemma Consulting Group completed analysis which suggests that losses due to synthetic identity fraud topped $6 billion dollars last year.

ID Analytics estimates that the problem of Synthetic Identity Fraud has doubled since 2011 when the Social Security Administration randomized their issuance of SSN’s making it easier for identity thieves to pinpoint numbers that have not been issued – similar to the tutorial that taught me how to find them. 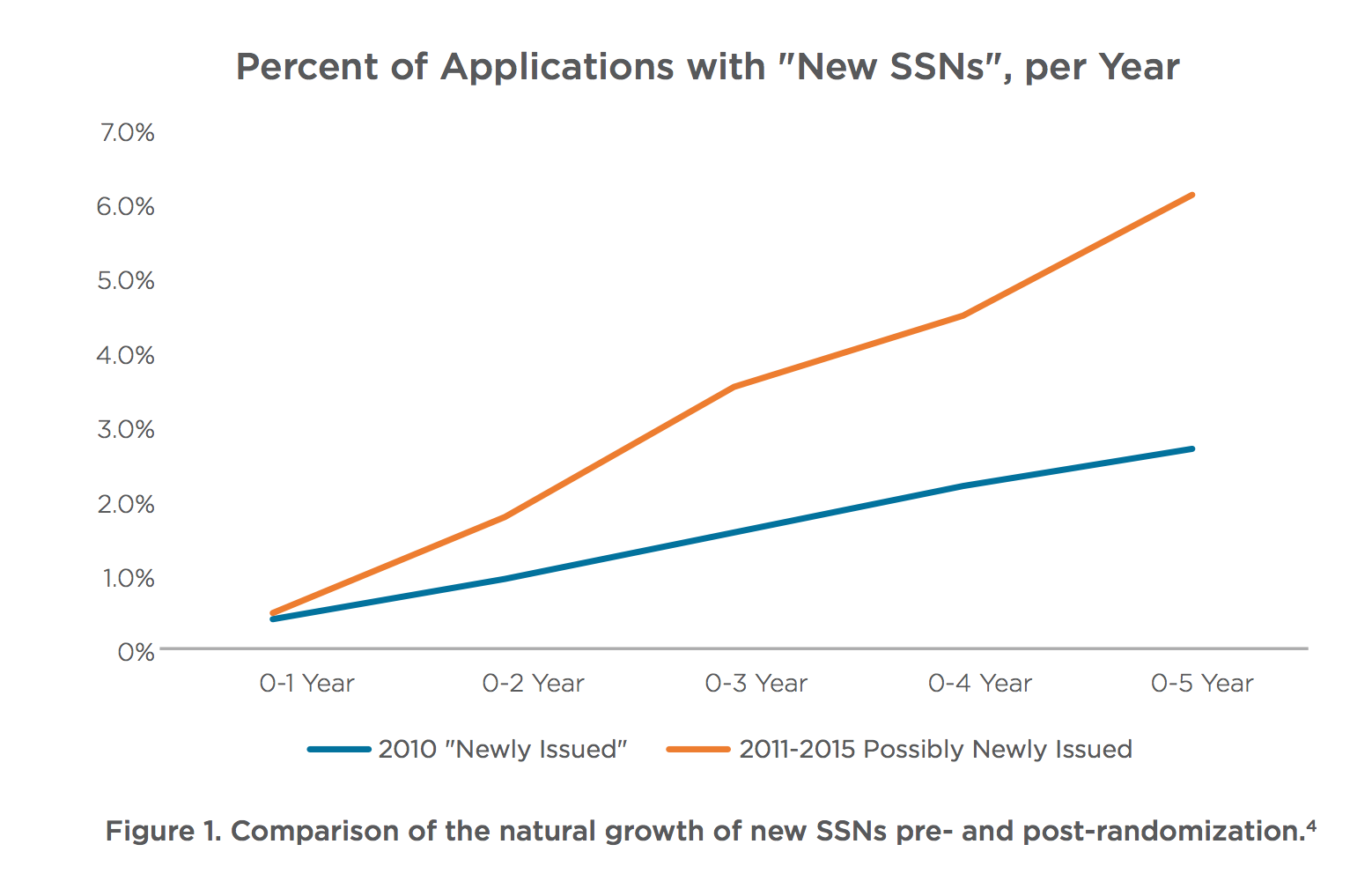 Is Credit Repair Fueling Those Rises in Synthetic Identity

Legitimate credit repair agencies have been around for years and they do provide a valuable service.  But more questionable companies appear to be masquerading as “credit repair” when they are nothing more than synthetic identity farms.

They entice consumers with false claims and lull them into creating synthetic identities that harm themselves, potentially exploits children and harms the lending industry.  As those agencies get more successful, synthetic identity becomes a bigger problem that is more damaging each and every year.

In the end, everyone loses and good consumers end up paying higher fees and interest to cover the fraud.

I think a lot of good honest people out there are being convinced to create these synthetic identities because they think it is legal.  They are being conned by clever fraud artist who are out to make a quick buck and are preying on their situation.   They are not bad people.  They are good people that are being conned into a crime.

I hope the industry will adopt new technologies, new processes and new regulations to put a stop to this shady practice.