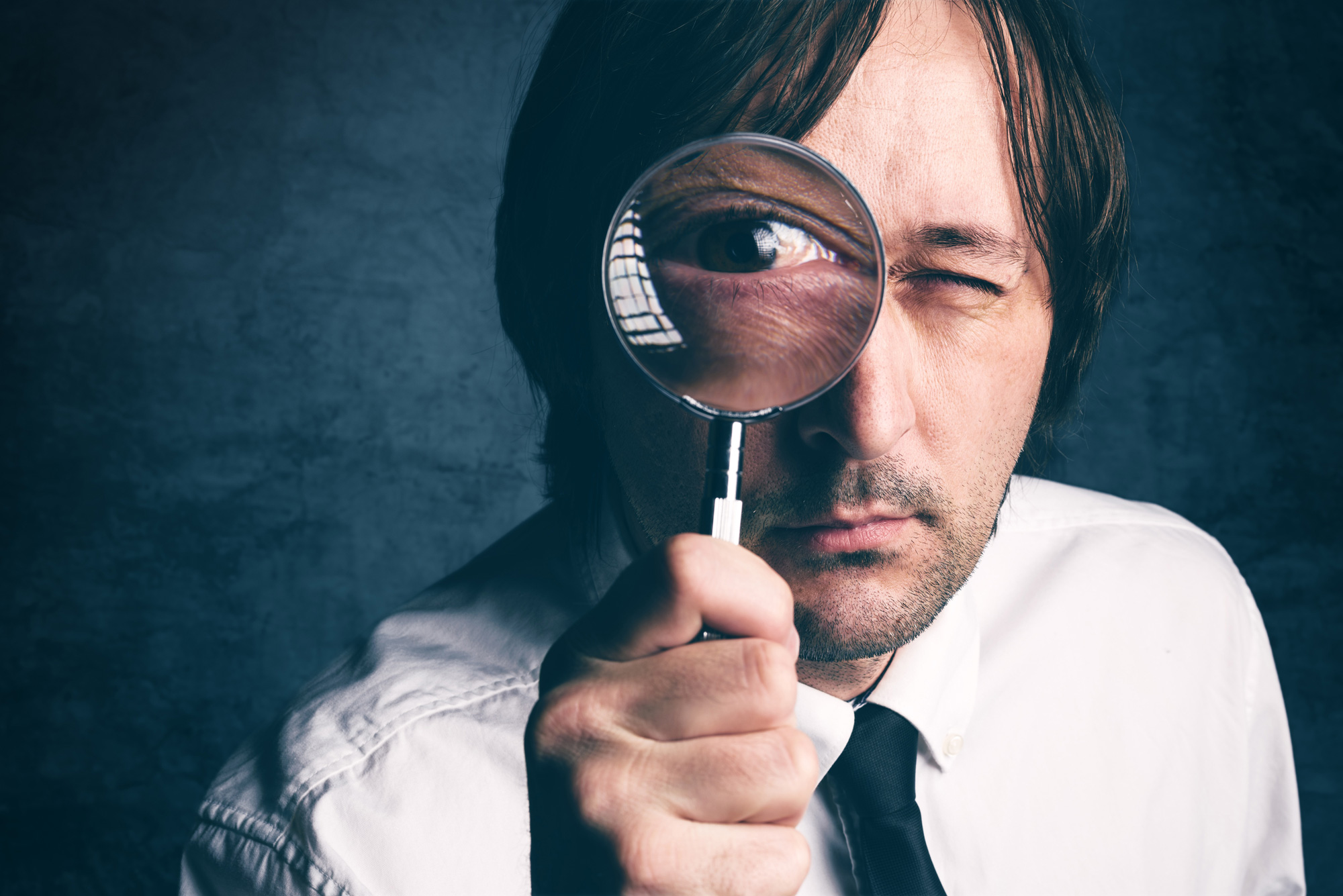 The devil is in the details.  One savvy investor in the Lending Club discovered this when he began to do some due diligence on the innovative lending company earlier this year.  He uncovered a systematic fraud attempt at the Lending Club by downloading loan details from their website and analyzing the approved loans for commonalities and inconsistencies.  Those inconsistencies and results were published in a Bloomberg article by Matt Chafkin earlier this month.

The discovery was particularly damaging to The Lending Club and caused the stock price to fall precipitously earlier this year.     It even ended in the departure of their CEO in an their attempt to gain back the public’s trust.

What interest me about the story is that it highlights two things – 1) That anytime you see a meteoric rise in lending activity there is often elements of fraud that begin to creep in, and 2) That fraud in lending is only discovered when you start to look at the details in the loans themselves – something the rating agencies failed to do prior to the mortgage meltdown in 2009. 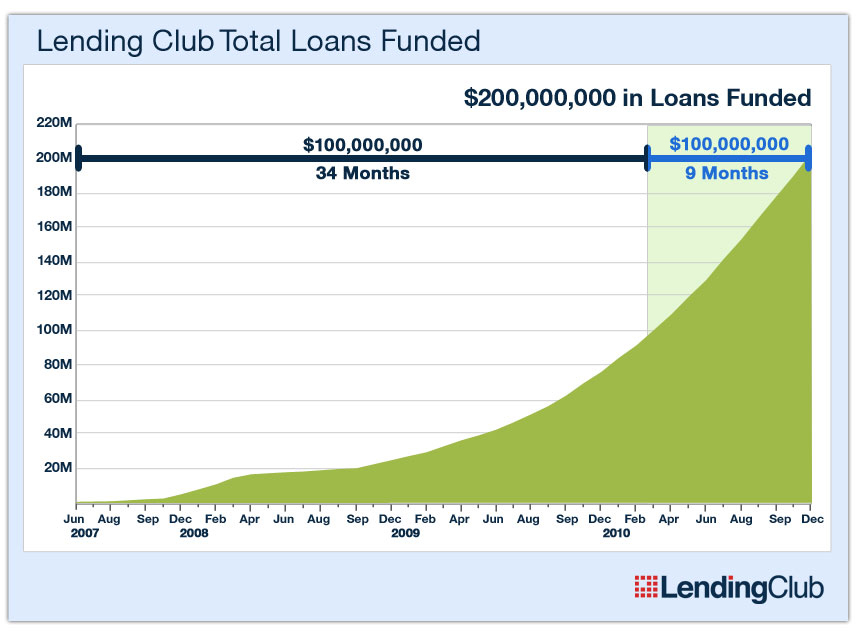 eckoned with over the last 3 years. They have made over 1.6 million loans worth over 20 billion dollars in an unconventional way.  Loans of up to $40,000 are made by the Lending Club and those big loans are then carved up into $25 dollar securities that investors can buy.  The Lending Club helped launched the concept of Peer to Peer lending in that individual small investors could help facilitate loans to small businesses without having to bear the burden of underwriting the loan.

The Lending Club is notoriously transparent in providing their data to the public. You can go on their website and download hundreds of pieces of data on every loan that they have given – minus personally identifiable information.  You can download the details here if you like – Lending Club Loan Data.

It was this very data that Brian Simms, an investor used to slice and dice so that he could try to build a new credit score for millennials.  He thought he could do a better job of building a credit score for the modern age than FICO.

He got Curious and Started Poking Around in the Data

As with all fraud schemes that are uncovered someone gets curious or suspicious. In this case, Bryan Simms was both.  As an investor, he had heard during an investor call that 50% of the Lending Club’s customer’s come back for a second loan.

What aroused his suspicion was the fact that despite being very transparent, one area that the Lending Club provided no data points on was repeat customers.

So he did the analysis himself.

The Devil is in the details.  The Lending Club was notoriously transparent in much of their lending but were surprisingly guarded on repeat loans or customers.  Why was that?

When he started to run analysis, he began to find loans to the same people.  For example after sorting the loans he found two loans with the same employer, made in the same small town, same income and same FICO scores.

But the interest rate on both loans was different.  The borrower had a small loan taken out at 15% and a much larger loan taken out later for 9% APR.

Now that didn’t make sense at all from a borrower or lender perspective.

So he hired a data scientist to create algorithms to try to find all the loans in the pool that appeared to be to the same borrowers.  What they found was very suspicious indeed.

Bryan Simms found 32 separate loans for $722K taken out in December of 2009 that looked very suspicious.  While the data indicated they were separate borrowers, his data suggested that it was actually just 4 borrowers but unusually the data on those 4 borrowers appeared to be slightly manipulated to make it seem like they were 32 separate borrowers.  Incomes, addresses, loan purposes and other items were changed on each loan to make them appear to be unique from each other.

Worse yet, all 32 loans were paid back in 90 days.   It looked to him like the timing and the payback of these loans were arranged to boost lending just prior to the end of the year to help it look like the business was doing better off than it was.  The Lending Club was inflating it’s numbers to be able to get more investment dollars.

The loans as it turns out were taken out by the CEO Laplanche and his family. But the nagging question still remains on why they felt the need to make the loans look subtly different from each other.  Why hide that?

The Lending Club’s Stock Price Has Taken a Beating Lately

Bryan Simms continued his analysis and began to find other warning signs at the Lending Club including thousands of instances of loan splitting in the securities where the same loan was packaged into a different security if they could not sell it in the first.

The Lending Club lets you buy into loans so you can build your own portfolio. 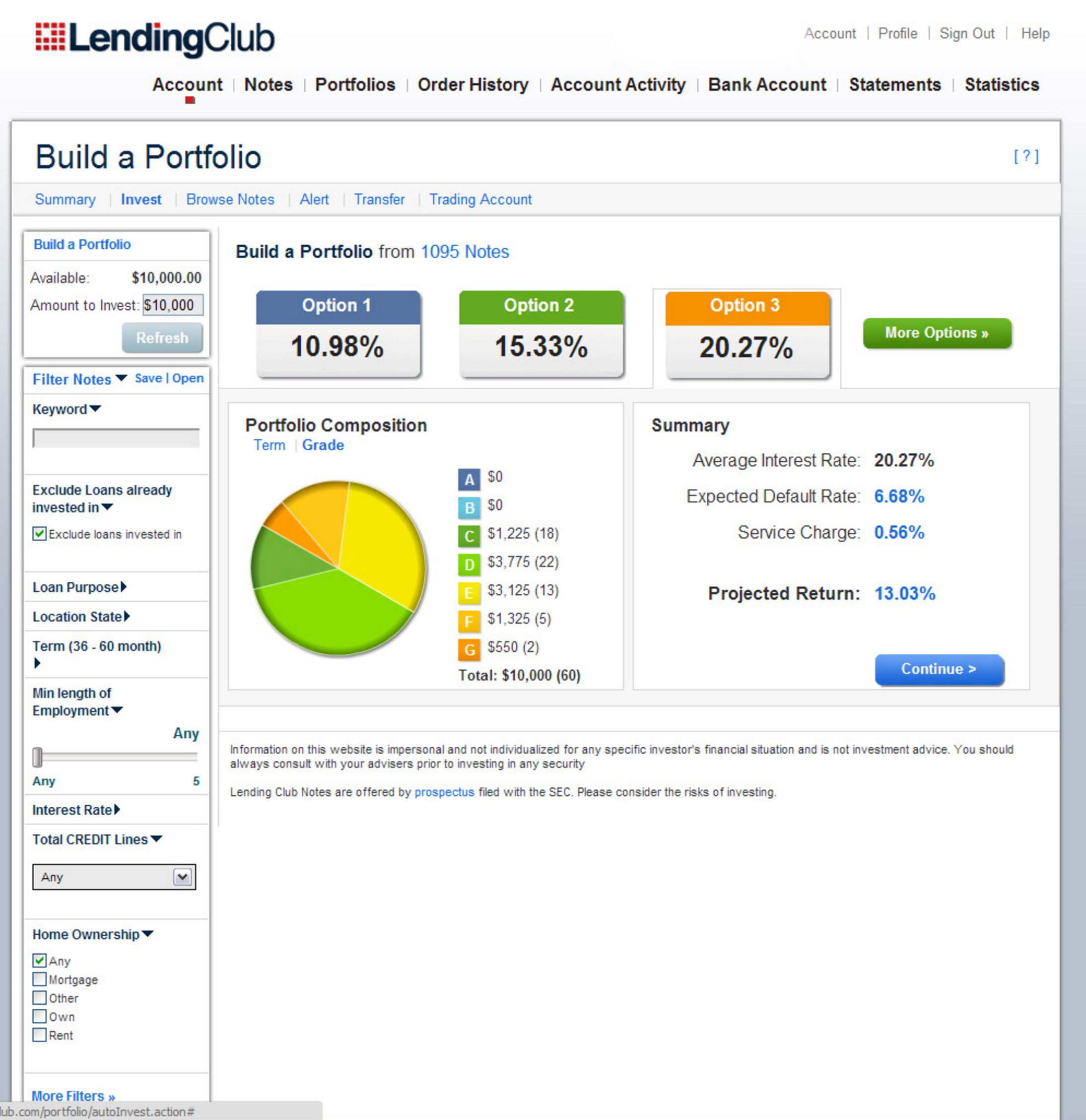 Matt Chafkin details the scheme with this example

For instance, in June 2011, a user from the Phoenix area requested $25,000 for debt consolidation. The user was relatively risky, with a FICO score in the low 700s. Lending Club rated the loan “E2”—one of its riskier categories—offering it at an interest rate of about 18 percent. But investors were skeptical, and only $20,525 worth of the loan’s notes were sold. Later that month the same person, according to Sims, borrowed the difference, $4,475, at an interest rate of just 7.5 percent. (Sims guessed that Lending Club’s algorithms gave the second loan a higher rating because it was smaller and thus less risky.) To the outside, it looks like one reliable loan and one risky loan; in fact they were both risky. “We evaluate each borrower’s creditworthiness based on the most up-to-date data,” the company says in a statement. It adds that users can exclude “relisted” loans from their searches.

Now does this creative packaging technique raise any warning bells to you fraud guys out there?  It does to me.  It reminds me of the type of things the finance companies did when they wanted to sell mortgage loan securities 10 years ago and that lead to the mortgage meltdown.

I think the Lending Club example is more of what I have seen across many industries over the years.  The Lending Club is a prime example of how focus on growth can lead to fraud.

All of these factors are still not evidence of fraud but they certainly raise the warning bells for me. It’s important to balance the need for new business while not succumbing to the pitfalls of fraud.  I’m not sure The Lending Club has completely figured that out yet.