Auto Fraud – The Story of A Would Be Straw Man 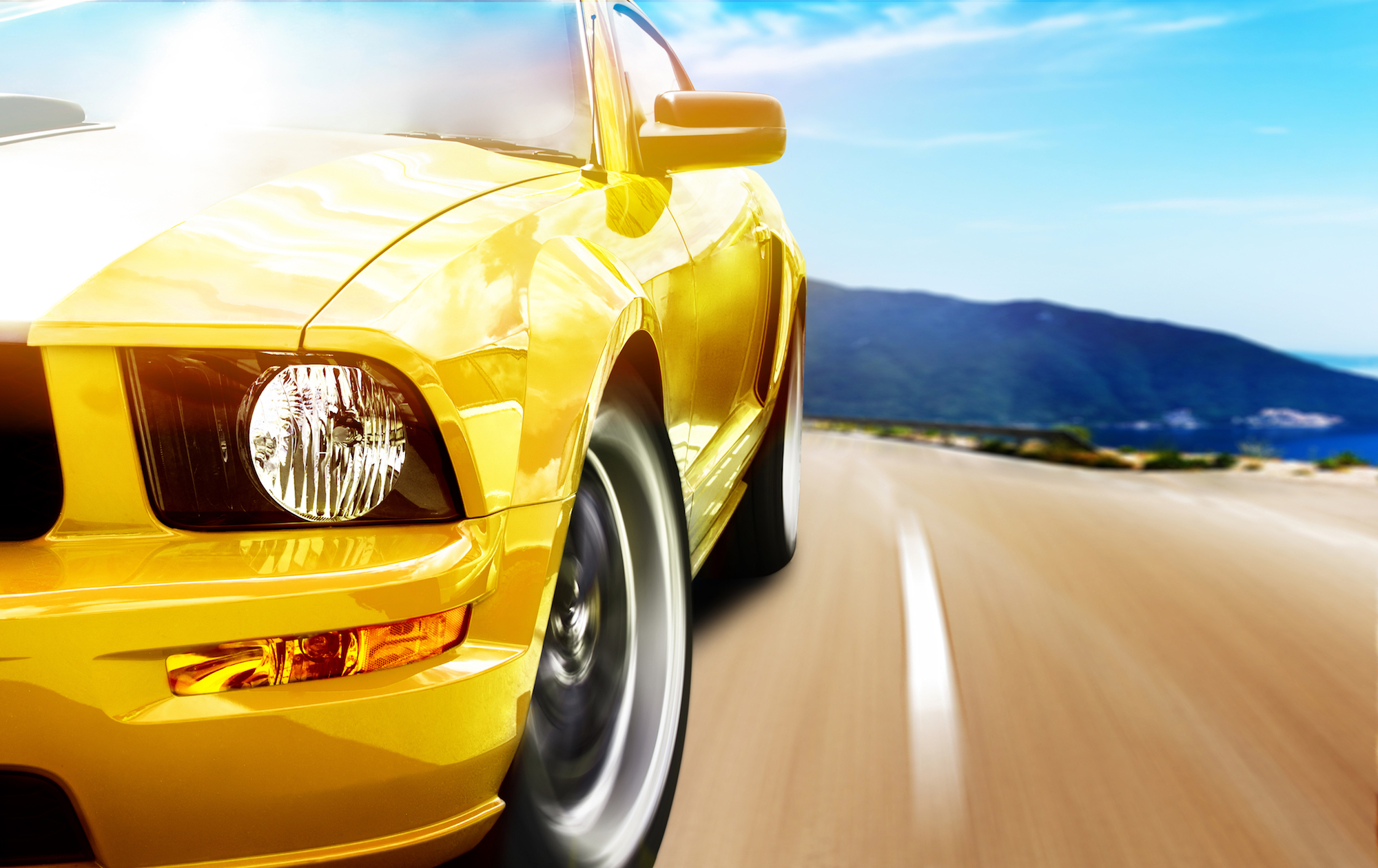 In the summer of 2013, I was an unemployed ex-con twice over, living next door to my mother-in-law in a house with no floors.  Being June in Georgia, it was hotter than two hamsters farting in a wool sock.  Work was rare.  Even my dog looked disappointed in me. Something had to happen.  Soon.  So I bought a Porsche Cayenne.

And so begins the story of Straw Man – How I bought millions of dollars worth of Jaguar Land Rovers, Mercedes and Porsche which appears in the July 2018 issue of Car and Driver.

It’s a fascinating story authored by ex-convict Travis Simpkins, where he outlines how he became a straw buyer for an exporter out of San Diego that was shipping luxury cars to China for huge profits.

In a period of a few weeks, he went from unemployed ex-convict to a high flying straw buyer buying millions of dollars in luxury cars.

But his high flying days were short lived.

Millions of Dollars in Luxury Cars

As Travis explained, most straw buyers are recruited to become mules through Craigslist ads that almost seem to good to be true.    “Buy Luxury Cars With Other People’s Money”.  Sounds glamorous enough right?

The only thing you need is a drivers license and a heartbeat and you can make $120,000 a year flying around the country buying cars.

Imagine swanking into a dealership like a big shot, demanding the most expensive car in the lot, paying cash for it when you don’t really have a penny to your name.

Thats the job, almost anyone would jump at the chance to get.

But the devil is in the details and it’s never quite as glamorous as it sounds.

Straw Buyers are recruited to buy cars in the US that are then exported to China as part of the grey market.  China imposes a stiff 25% tariff on all luxury cars imported there to encourage manufacturers to build their cars in China rather than import them.

Since luxury car manufacturers charge steep prices for cars they send to China, the price tag of a luxury car will quickly escalate.

Take a look at what luxury auto’s will fetch in China.  Exporters can make upwards of $150,000 in profit for every car they successfully export and sell in China.  This ability to draw extraordinary profits is driving a cottage industry of exporters that are out to make a quick buck.  To perpetrate their schemes they just need to find suckers to become straw buyers for them.

There are dozens of export companies that are looking for Straw Borrowers.  As Travis points out they can often be found on Google if you look hard enough.

Straw Buyers are sent to luxury dealerships with a wad of cash and mission to get the highest price car that they can, as quickly as they can.

As soon as they take possession of the car, they are instructed to take it to a storage location and sign over the car and title to someone else.   After they sign over the car they are given a cashiers check between $1,000 and $2,000

The car they sold is then placed in a shipping container, and it is on it’s long slow trip to China.

Straw buyers have short shelf lives but they can make a decent amount of money while they are still flying under the radar.

A single car can earn a straw buyer anywhere from $500 to $7,000 in commission.  It’s enough to take the kids to Disneyland but nothing you can build a career on.

To keep the scheme going and avoid detection straw buyers will often have to fly to different parts of the country, and also to use their own credit and become “straw borrowers”.  The longer they can carry on their scheme the more money they can make.

Straw Buying is Illegal And Can Get You Blacklisted

The problem with Straw Buyers is that they often get caught after a couple of months.  In the case of Travis for example.   After 3 of the cars were exported, he got flagged by US Customs and Border Protection when they examined the paperwork.

The cars were obviously not stolen but US Customs does notify Car Dealerships when it appears that cars are being exported overseas after they are purchased.   Straw Buyers can sell the car to whoever they want, however they are expressly prohibited contractually from exporting those cars overseas.  They sign a Non Export Agreement that specifically addresses this issue. 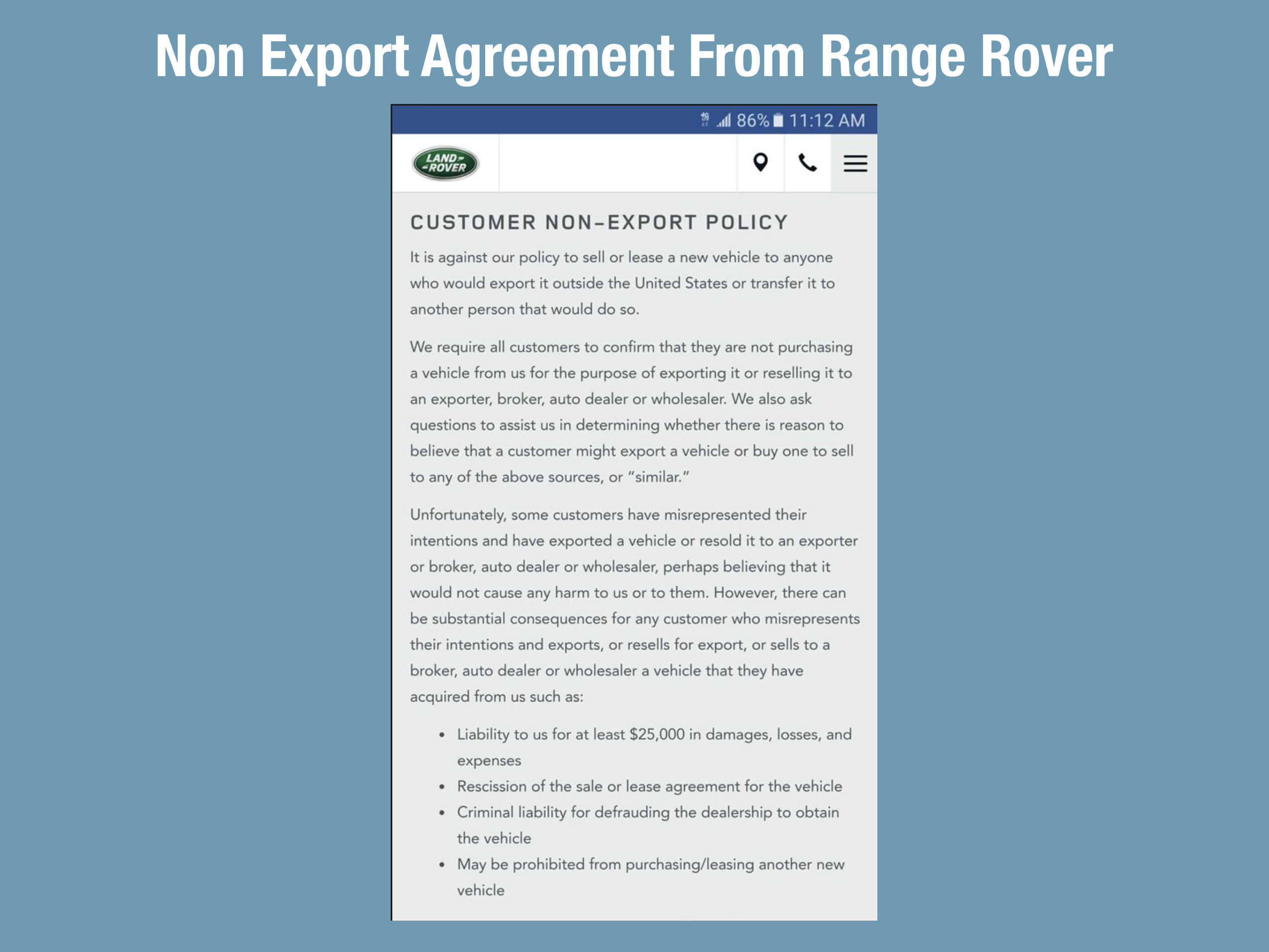 In the case of Travis, he got contacted by one of the Porsche dealerships after they were alerted to the fact he was an exporter.      They demanded that he return the car without any miles on it or be forced to pay the $8,500 penalty that was outlined in the contract.

By that point, Travis was blacklisted on industry watch list.  And he wasn’t the only one impacted.  His mother tried to buy a Range Rover a year later and could not because her last name “Simpkin” triggered an alert as an exporter.

And that isn’t the worst news. In the process of his newly discovered job as a StrawMan, the federal government and law enforcement agencies were cracking back at exporters by going after them for fraud and even so far as “terrorist threat” since it could involve money laundering with gangs.

The damage had been done.  Straw Buyers are at serious risk if they get caught.

Check out the Article in Car and Driver

I think the article in Car and Driver – Straw Man – How I bought millions of dollars worth of luxury cars and got blacklisted by Jaguar, LandRover, Mercedes and Porsche is an interesting read and cautionary tale for people looking to make a quick buck.

Car dealerships, manufacturers and law enforcement are actively on the lookout to prevent this type of scam from happening and it’s a good idea not to get involved.