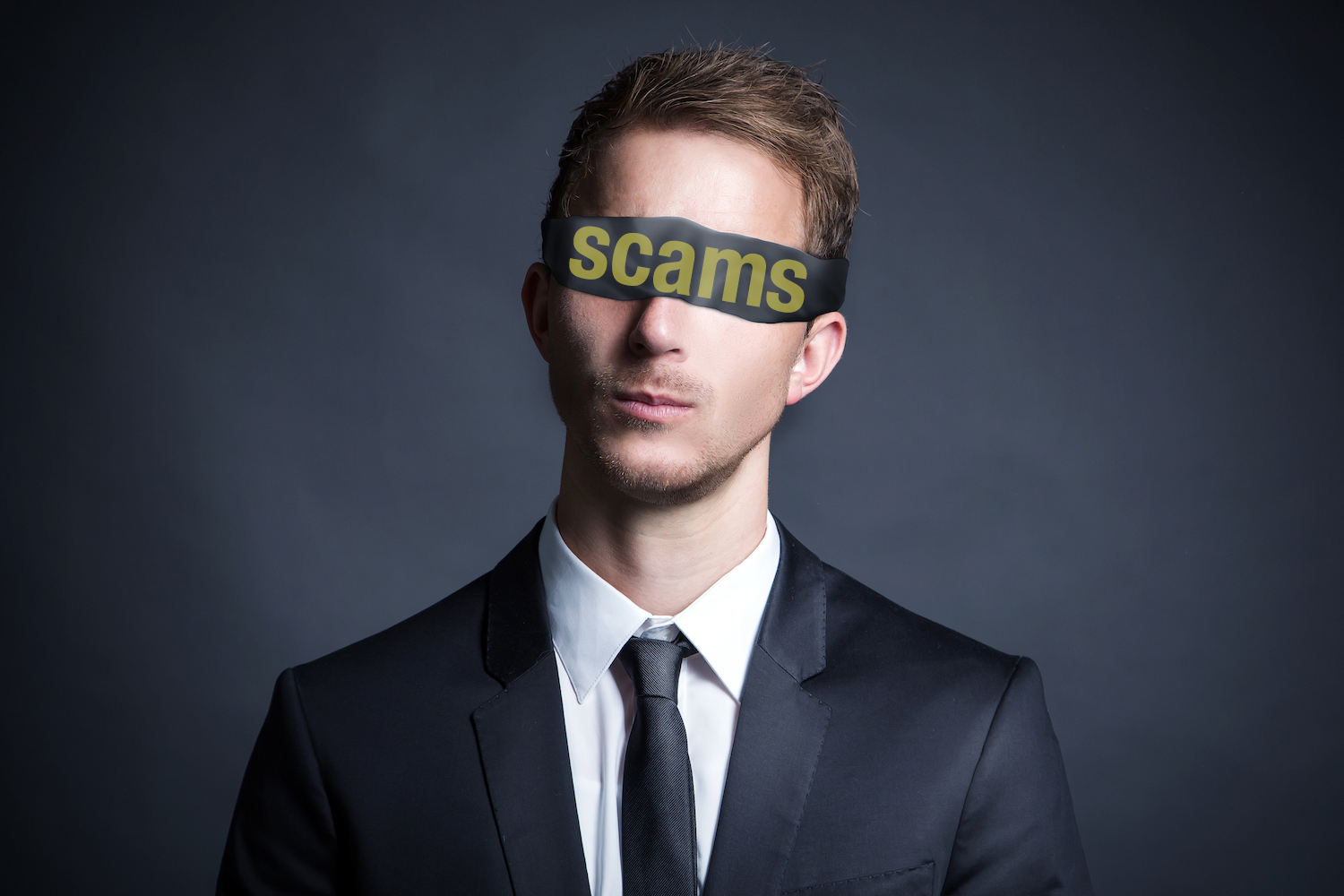 What is the difference between a fraud and a scam? To consumers, there is no difference. But to banks, it’s a much different story.

Fraud is something banks are liable to reimburse customers for. But scams on the other hand, those are losses the customer bears because the customer got conned and gave out their banking details, and they are the responsible party.

So, for the most part, banks have been able to shift responsibility for preventing scams to their customers, and ignore the problem.

A Seismic Shift In Scams Is Afoot

There has been a seismic shift in scams here in the US and banks may not be able to ignore them any longer. There is simply too much at stake.

60 million Americans (about 1 in every 5) will be targeted by phone scams alone in 2021, and the massive losses that they are experiencing are now making their way into the banking system.

This seismic shift has fraud experts concerned. So much so that they predict that scams will become the number one priority of banks over the next 18 months.

A perfect storm of events is behind the shift. And now scams, not fraud have become banks biggest concern.

First, scams are hitting historic highs across the US victimizing more Americans than ever before. And many of those scams are perpetrated through the bank accounts of victims.

Second, those rising rates of scams are causing government agencies like the CFPB to step in and provide more guidance to banks on when they should issue refunds to victims.

And third, banks are starting to realize that their investment in fraud controls may have just shifted fraud to the weakest link in the chain – their customers.

Getting A Knoble Perspective On Scams And Their Impact

I spoke to two fraud experts , Ian Mitchell and Mary Ann Miller about this seismic shift and they gave me their take on scams, and why they believe that banks can no longer ignore scams.

Both Ian and Maryann have ties to the The Knoble – a humans rights group dedicated to wiping out financial crimes that impact the vulnerable.

Ian founded the non-profit in 2019 with a goal to end human suffering caused by, or enabled through the financial system. And that includes scams of all shapes and manners. Maryann sits on the board of The Knoble and provides her guidance to the group.

As scams have taken a meteoric rise over the last 24 months, The Knoble has become increasingly vocal, championing the voice of the victim to make sure it is heard.

Here are 5 of the top reasons these two experts cited in why they believe scams are at a turning point that will change banking forever.

Something happened this month. You actually might not know about. But Ian Mitchell thinks it could change everything about how banks will look at scams.

The CFPB released a FAQ on electronic funds transfers, and it could very well change the way US Banks refund money to customers that have been victimized.

The FAQ clarified that consumers who are induced into providing details about their accounts to fraudsters and scammers are covered under REG E, if any unauthorized activity occurs.

Now, this is big news in banking and one we can’t overlook. Traditionally banks have not accepted claims of fraud by customers if the customer knowingly provide their banking details to a scammer. They considered this “customer participation” and they would typically not issue refunds.

This new guidance by the CFPB seems to change all of that and place more responsibility on banks to accept those fraud claims even when the customer was negligent.

This means victims of scams involving Zelle, Debit Cards, Echecks, and Electronic Funds Transfers where their accounts have been drained may now be entitled to get refunds even though they provided their details to the scammers.

But the CFPB doesn’t just stop there according to Ian. Their document outlines more key areas where banks can’t necessarily put the onus on the customer.

But Ian thinks all of these changes could actually be good for both banks and customers.

By protecting customers from both fraud and scams, it will only bolster consumers confidence that their bank has their best interest in mind, even when they might have fallen for a scam.

According to Ian, the CFPB’s FAQ document is coming out a particularly interesting time in fighting fraud. Not only are organizations facing an increased complexity fighting traditional fraud and navigating COVID related challenges, the fraud itself has shifted to types that present unique and arguably more difficult challenges (first party and scams).

Both of these issues fraud and scams are indirectly addressed in this new CFPB publication, in ways that are going to require many institutions to rethink their long standing processes.

A Financial Institutions understanding and interpreting its stance on “unauthorized electronic fund transfer” is going to be critical as organizations seek to apply this FAQ document to their current processes.

Ian has already spoken to several Financial Institutions that are moving down the path of including authorized Fraud and scams in Reg E processes. Depending on how it is applied, it will potentially have a meaningful impact on expected losses for institutions relative to current levels.

Ian pointed out 4 implications for banks from this new CFPB’s Guidance.

According to TrueCaller, Americans lost close to $30 billion in phone scams last year. That means that close to 60 million Americans have lost money to phone scams over the past year and about 19% fell victim more than once, according to their analysis.

And those scams are now having an impact on the bottom line. Some banks are reporting that scams now make up 30% to 40% of their net losses making them one of the single largest loss types to the bank.

Scams are now sizeable enough to play a key role in the profitability of a banks annual revenues.

Governments across the world are taking more active measures to insure that victims of scams are treated fairly by banks. And nowhere is that more evident than in the UK.

In May of 2019, a coalition of 19 consumer brands covering over 85% of bank transfers voluntarily signed up to reimburse customers when they were victims of advanced push payment fraud.

Banks that are part of the scheme include Barclays; HSBC including First Direct and M&S Bank; Lloyds Banking Group including Halifax, Bank of Scotland and Intelligent Finance; Metro Bank; NatWest, including RBS and Ulster Bank; Nationwide; Santander; Starling and The Co-operative Bank.

As of this year, these banks have collectively reimbursed £147 million to their customers. And brands like Lloyds have reimbursed 99% of their scam victims claims according to the bank.

#4 – Since COVID, Scammers Have Infiltrated Banks Portfolios As Never Before

During the pandemic, banks saw a meteoric rise in non traditional fraud types and scam attempts were at the top of the list. Social Catfish analyzed scam attempts against consumers and identified a 3,000% increase in those attempts.

As scams have risen, the proceeds from those scams are often making their way into consumers bank accounts either because they are the perpetrators of the scam themselves, or they have been recruited by fraudsters to move the illicit proceeds through the banking system.

“Preventing scams and helping customers that have been victimized by them fortify your brand” says Maryann Miller, “And you’re going to build a loyal customer for life, so you have to think long-term when it comes to scams. They payback is there for banks that do the right thing.”

Customers that are unhappy churn, and about 11% of banks customers do just that every year. And when they do, banks can expect to pay about $500 to replace that customer. And customers that have their bank accounts depleted by scammers are about as unhappy with their bank as it can get.

Preventing scams and refunding money to victims of BEC or phishing attacks has some positive long-term implications that may not immediately show up on the bottom line. And most of those savings will show up in reduced attrition rates. Banks that have measured attrition rates have found that refunding customers results in lower attrition rates in those populations.

According to Ian, there is another reason to stop scams – they are funding serious criminal enterprises. Everytime you protect a victim, you are not only protecting your company but the whole society. Do the right thing. Fight fraud and fight scams. The time for collaboration is now!