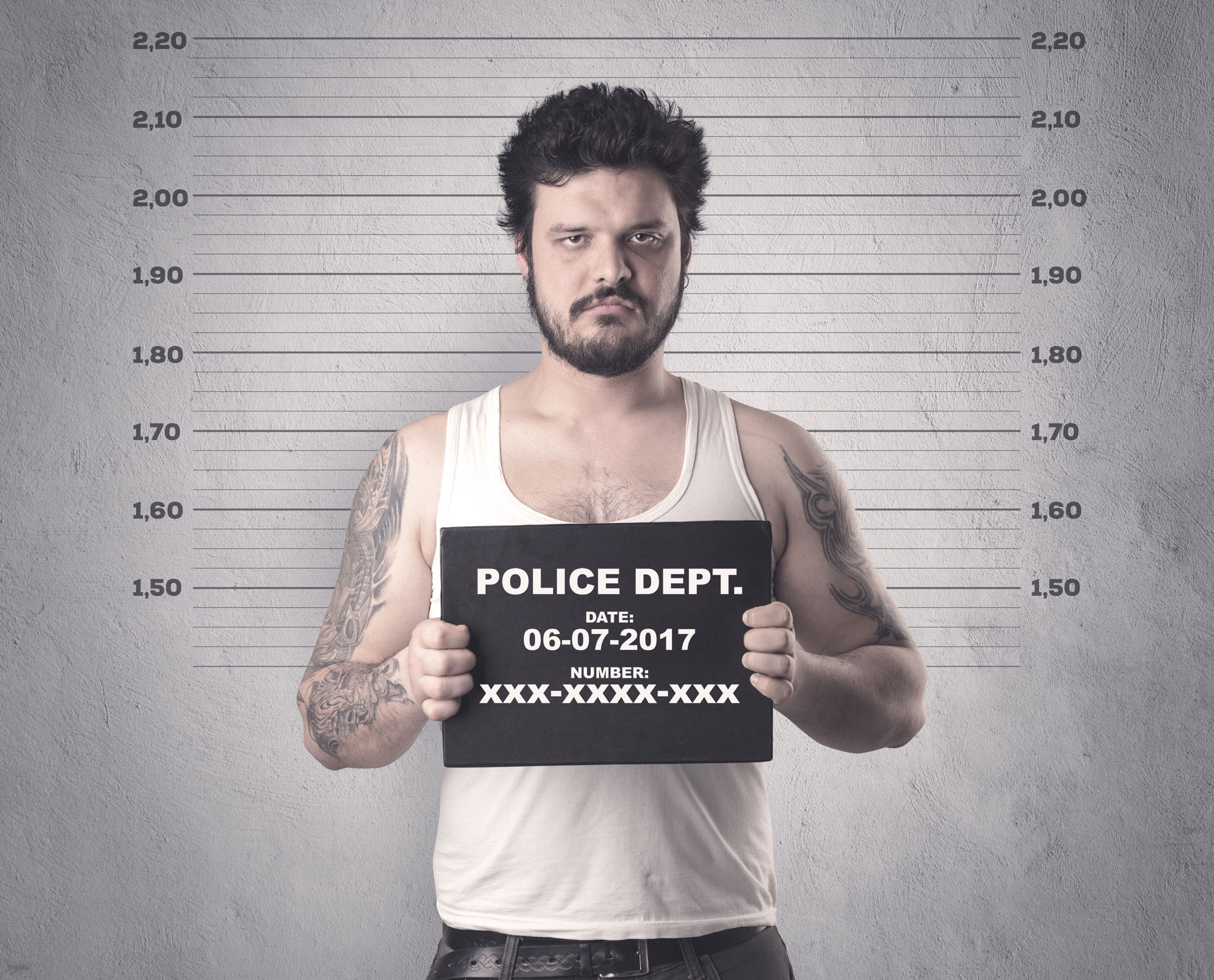 I often hear from people that using a CPN to apply for credit is completely legal. But they are wrong.  You can ask DEMARR FANNELL GREER  of Edmond, Oklahoma, who was just sentenced to 24 months in prison for fraudulent use of a Social Security Number.

He thought he found an easy way to get a new credit card and a car by using a technique called CPN Credit Repair where you use someone else’s Social Security Number, often one that has been issued to a child, to establish a new credit profile.

But in the end, he landed in jail.

Demarr Greer obtained the Social Security Number of a person born in 2004 and used it as a “credit profile number”—also known as “credit privacy number” or a “credit protection number”—to establish what appeared to be good credit with consumer reporting agencies, such as TransUnion and Experian.

After establishing good credit, he allegedly used the number to apply for a Discover Card and for a lease on a 2016 Dodge crew cab pickup.  He leased the car from David Stanley Dodge using his newly created synthetic identity and they were none the wiser.

The indictment alleges he made little to no payments on his obligations and thus caused losses to businesses that had extended credit to him. 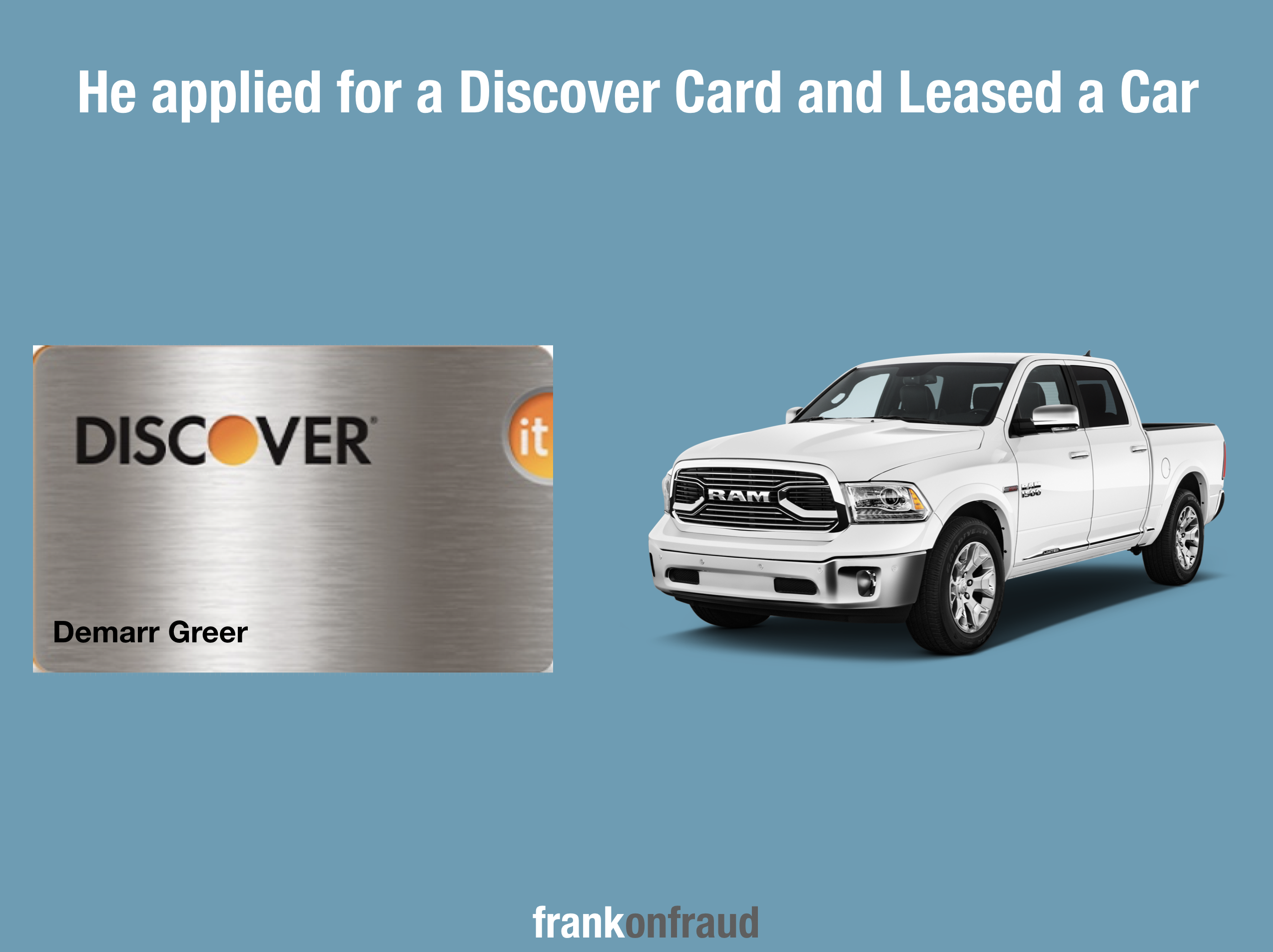 Matt Pannell, an investigator with the Social Security Administration, tells the story of how he discovered the fraudulent use by Demarr Greer:

When I received the finance paperwork included with the police report, I immediately knew Greer used a synthetic identity/CPN having a creditworthy credit file. The CPN used by Greer was a SSN assigned to a child.   Greer’s synthetic credit file was made creditworthy by the addition of two trade lines listing Greer as an authorized user on two separate credit card accounts. Later I learned these trade lines were purchased from a website selling authorized user accounts to CPN users.   Greer’s loan application was false in that it included a false SSN and misrepresentation of income.

Greer’s crime was discovered and from there he was arrested, charged and now will be doing 2 years in prison. 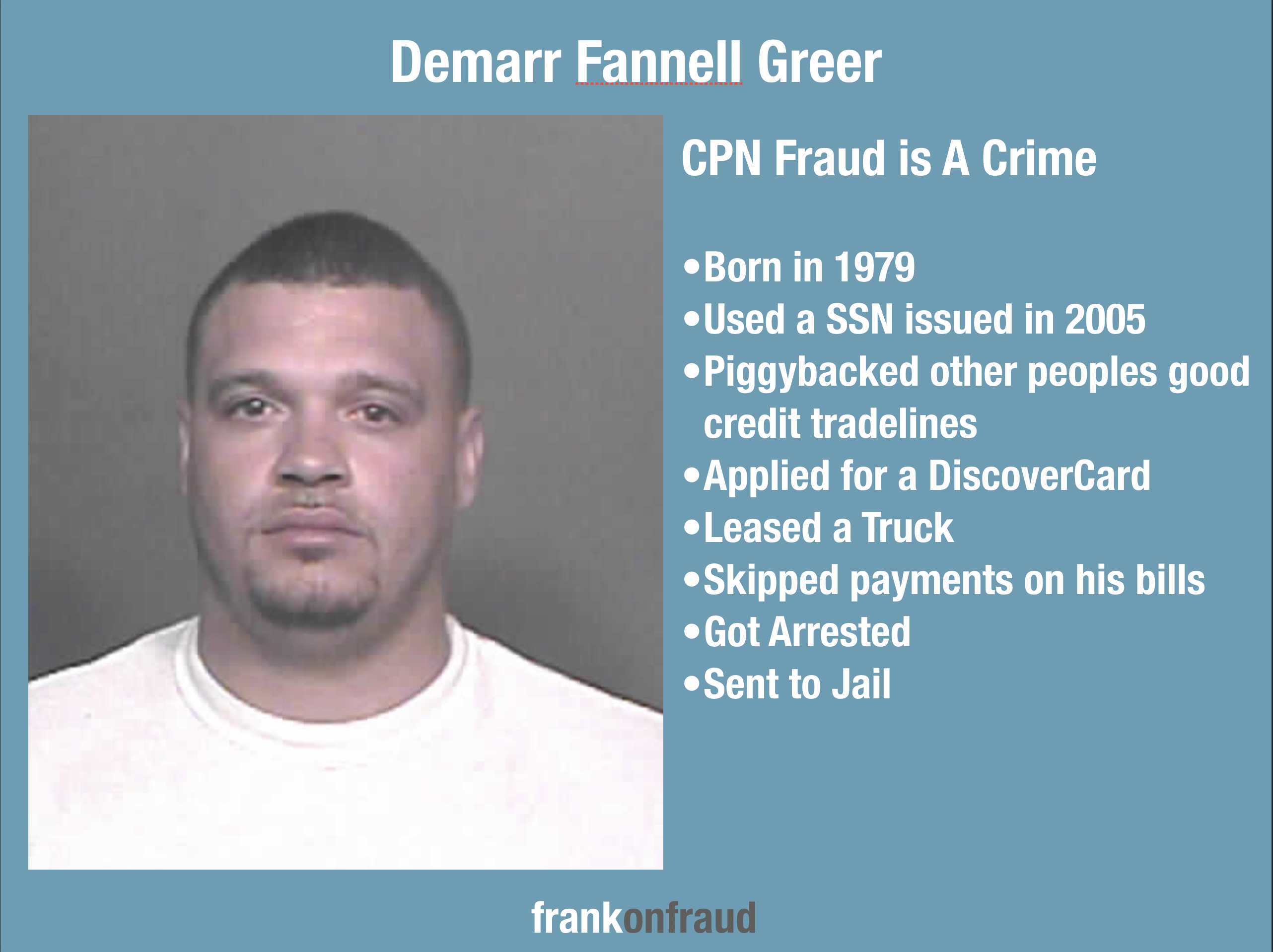 Do not be fooled by shady credit repair companies that tell you using a CPN is legitimate. It is a crime and you can land in prison.