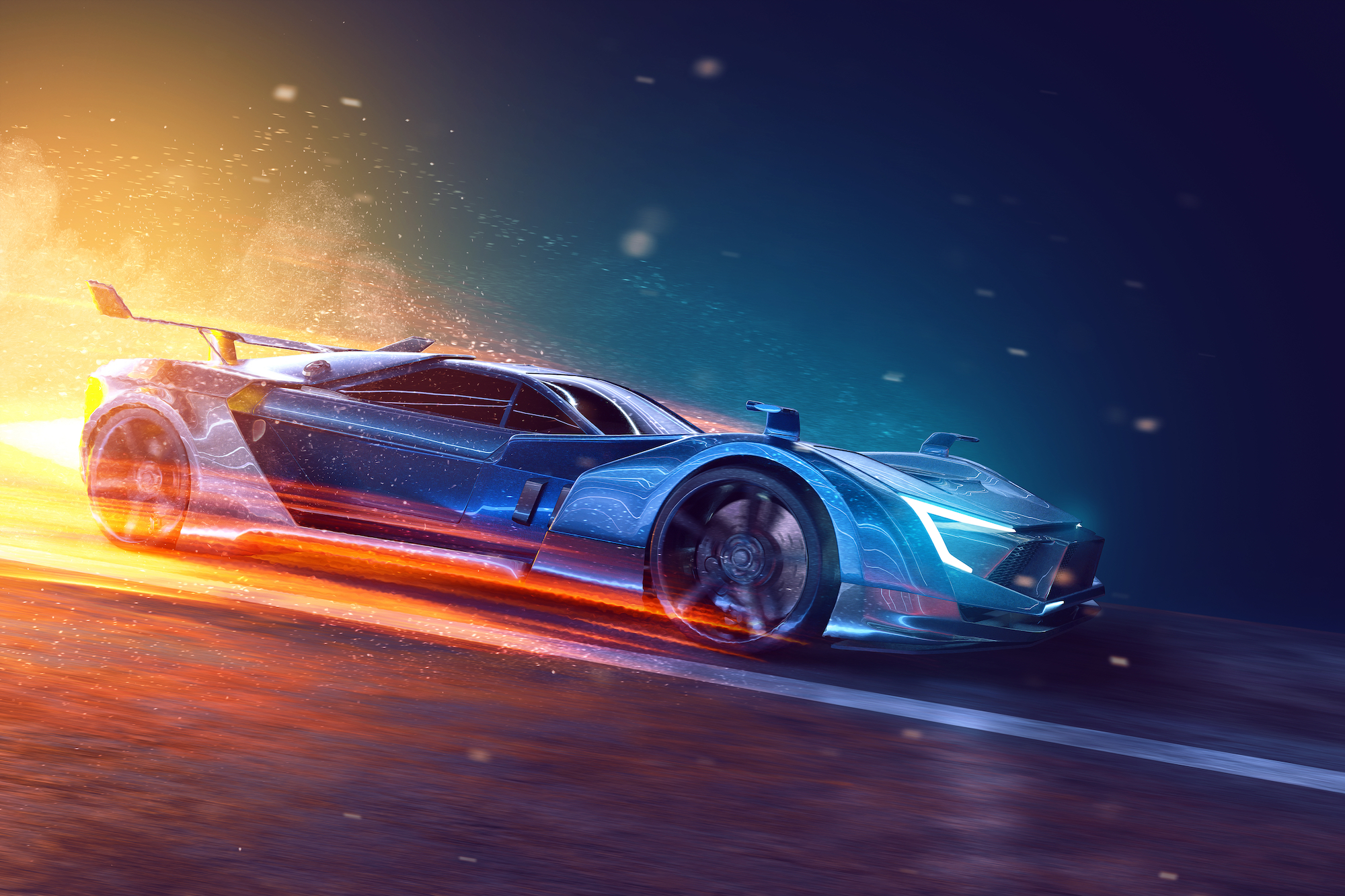 Tom Richardson had bad credit. His credit score dropped to less than 600 last year when he had a workplace accident and he had to go on disability.

With the crippling debt of the hospital bills mounting, and the $75,000 in student loan debt he had to pay back there was no way he could stay current on his payments.  He was a good guy.  He just couldn’t afford to pay his bills.

In 2020, Tom needed to try to find a new job and he needed a car.  He went to several big named dealers in Baltimore and was turned away at each.  Since he didn’t have any real income beyond his disability checks and a poor credit score he couldn’t qualify.

But then one dealership caught his eye – a big billboard stood high over the dealership and it seemed that he might be a perfect fit.

He walked into the dealership and it seemed like a hustle from the start.  The salesman said that they could put Tom in one of their better cars on the lot – a 2011 BMW X5.   It had 132,000 miles on it and a price tag of $42,000.  It seemed high, but this was the only place that seemed willing to deal with him and they said they could make it affordable.

The next hour was a whirlwind of paperwork, phone calls and lots of shuffling in the finance managers office.  He didn’t really understand what was going on but they made the deal work!  He was ecstatic and couldn’t believe it when they handed him the keys and said – “these are yours now”.

He drove off the lot a very proud man.

Things were going great until he received his first bill and saw the monthly payment – $755!  The sales guy had promised his payments would be less than half of that.

He called the dealership and they told him to read his contract carefully and that the full payment was due to the lender.  He went back over the contract and confirmed that his interest rate was 23% annually and that meant he had to choke up that enormous payment each month.

He contacted the lender and told them he couldn’t afford the payment but there was nothing he could do.   He missed payment after payment until one day a tow truck arrived and took the car away – it had been repossessed.

After the car was repossessed, Tom figured he was done with the whole affair.  He knew his credit would be even worse for having another unpaid bill but he never expected what came next.

It turns out his problems were just beginning.  You see, the lender was unable to sell the car for the full $42,000 that he borrowed against the car.  It was only worth $22,000.

The lender was going to hold him responsible for $20,000 of the money that they lost and they got a judgment against him to make him pay.

But how could this happen?  He didn’t have the car.  The lender was able to sell it, so why did he still have to pay so much money.

Tom Was A Victim of Fraud, And So Was the Lender

It turns out that Tom was a victim of fraud by a shady car dealer.  And so was the lender.  Shady car dealers will defraud anyone to make a quick buck.

What the lender had engaged in, unbeknownst to Tom or the lender that bought the loan was a practice called Powerbooking.

The dealer took that 2011 BMW that they sold to Tom and made it look like the most expensive 2011 BMW that you could buy.  On paper, they loaded it with options – a sunroof, expensive sports rims, a premium racing engine, leather seats and lots of other goodies.  But in reality, that 2011 was just a basic model with high mileage.

By “powerbooking” that car.  The dealer was able to sell it to Tom at a grossly inflated price.  But they were able to get the lender to give Tom the loan since they claimed Tom put a down payment down on the vehicle (which he didn’t) and they were able to get far more money than the car was worth.

They defrauded both Tom and the lender to get the deal done.

And it didn’t stop there

When Tom talked to his lender to understand what had happened, he learned that not only did the dealer inflate the value of the car but they had also put false information on his application to make it look like he could afford the expensive car.

Not all car dealers are shady.  In fact, only a very small percentage of dealers act in an unethical manner.  For most lenders, only about 3% of dealers cause them problems with fraud at any point in time.

Here are the Top 5 Ways That Dealers Scam Both Consumers and Lenders to push cars off the lot.

The single most common scam of fraud against both consumers and lenders is when finance managers fill in the income for a borrower with false income to get the loan closed.  Since finance managers know what it takes to close the loan,  they often put whatever income it takes to make the deal work.

Lenders often find out that borrowers never filled out the applications themselves and never knew that the finance manager grossly inflated their income by $5,000 or more each month.

How this is fraud against both consumers and lenders – Consumers get put into cars they can’t afford.  Lenders loan money to consumers that will likely stop paying the loan.

When a consumer works at WalMart, lenders will know that the average income for a borrower is between $25,000 to $35,000 a year.    Dealers know that if they want to falsify the income, they will also have to falsify the employment in many cases.

Shady car dealers will often use fake business names as employment that are hard for lenders to verify.  They might put an employer down as “Xogenic Resource Corporation” and make the borrower a General Manager.  Since this business does not exist it will be hard for the lender to make a determination if it is valid or not and may let the deal go through.

How this is fraud against both consumers and lenders – Consumers are mistakingly supplying false information to lenders that misrepresent their employment, Lenders loan to those borrowers that probably cannot afford the car.

Lenders see this all the time.  They will see the same dealer sending in the same type of pay stubs as verification of income for multiple borrowers.

Shady dealers will often visit a site like Pay-Stubs.com and make a pretty nice looking paystub for a borrower for about $2.50.  The only problem is that they often use these phony pay stubs to make it look like the borrower is making 2 or 3 times their actual salary.

How this is fraud against both consumers and lenders – The consumer is often unaware that car dealers are supplying forged and altered documents to lenders using their name.  Lenders receive these fake stubs and use it to validate that the borrower makes the income they claim.

In some cases, shady car dealers will manufacture the sale of a car and auto loan and create an entirely fabricated transaction.  The car.  The borrower.  The loan are all based on false information.

In a recently published report – Car Dealers Are Using Electronic Loan Contracts to Scam Buyers,  it outlines how car dealers used electronic contracts to book ghost loans for cars that don’t even exist.  And worst of all is that those loans are showing up on the consumers’ credit bureau as liabilities.

There are lots of ways that dealers can create phantom deals but they often involve the same steps; creating fictitious sales of cars with non-existent VIN numbers or title washed VIN numbers, using a straw borrower or stealing an identity and then getting a fraudulent loan with the car and the borrower information.

How this is fraud against both consumers and lenders – The consumer is scammed through identity theft.  The lender is scammed into loaning money on a car that does not exist.

Odometer fraud – rolling back the mileage on a car before selling it, is a federal crime but that doesn’t stop shady dealers from engaging in this practice.

In the US, more than 452,000 cars are sold each year scamming both consumers and auto lenders out of more than $1 billion in annually.  When dealers tamper with odometers they can sell the cars for $1,000 to $10,000 more than those cars are worth.

With services like CarFax, AutoCheck and NMVTIS, these odometer tampering schemes are easily detected these days but dealers still manage to scam many consumers and lenders with the same scams.

How this is fraud against both consumers and lenders – Consumers buy cars that are worth far less than what they paid, Lenders are put at increased risk as the loan is upside down meaning the car is worth less than the face value of the loan.

Thanks for reading, and remember most car dealers are ethical and never get involved in scams.  It’s those few bad apples that spoil the bunch.