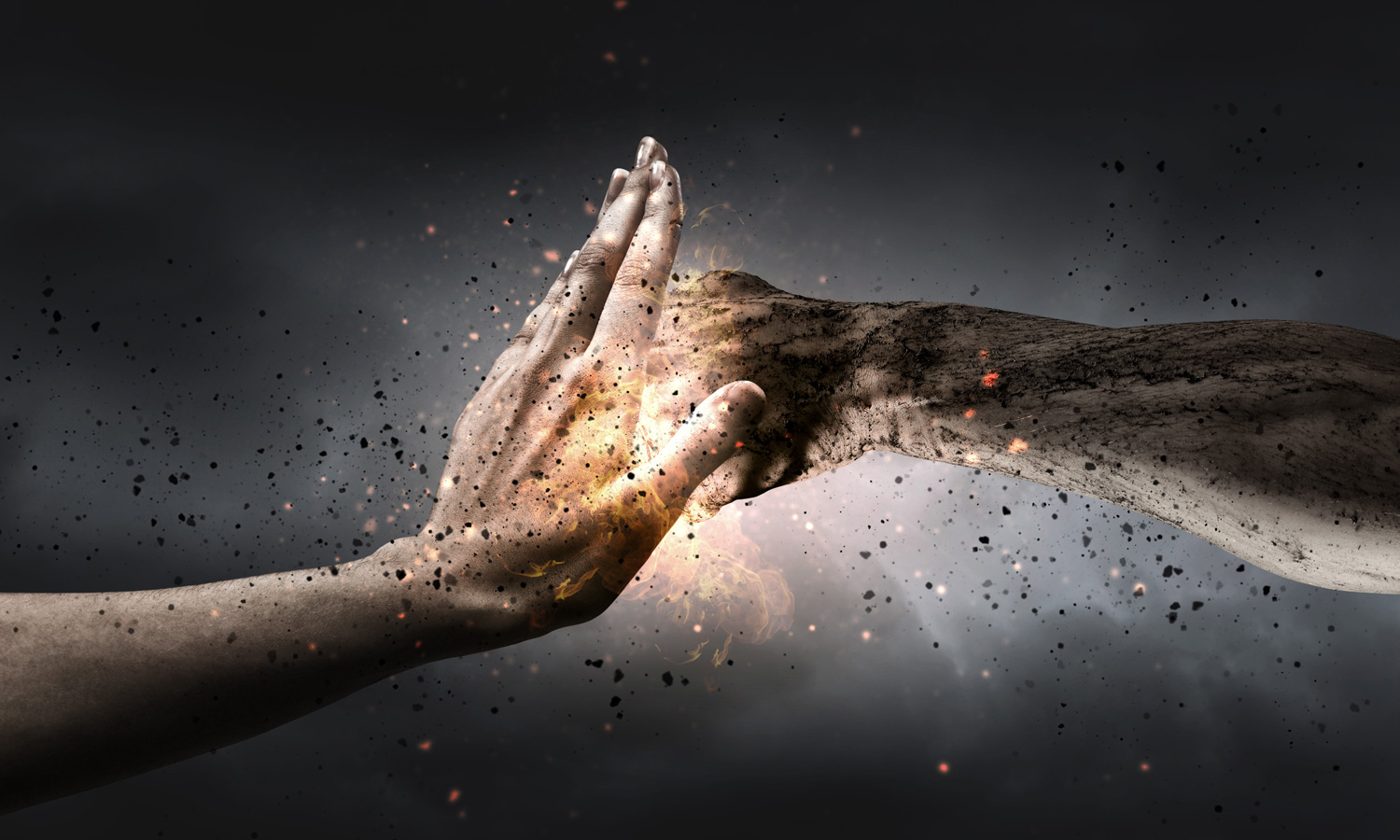 IRS Tax Refund Fraud has been the scourge of Identity Theft and for a while it looked like it was only getting worse.   The IRS has since stepped up their efforts and from the signs of it they are making some progress slowing it down. 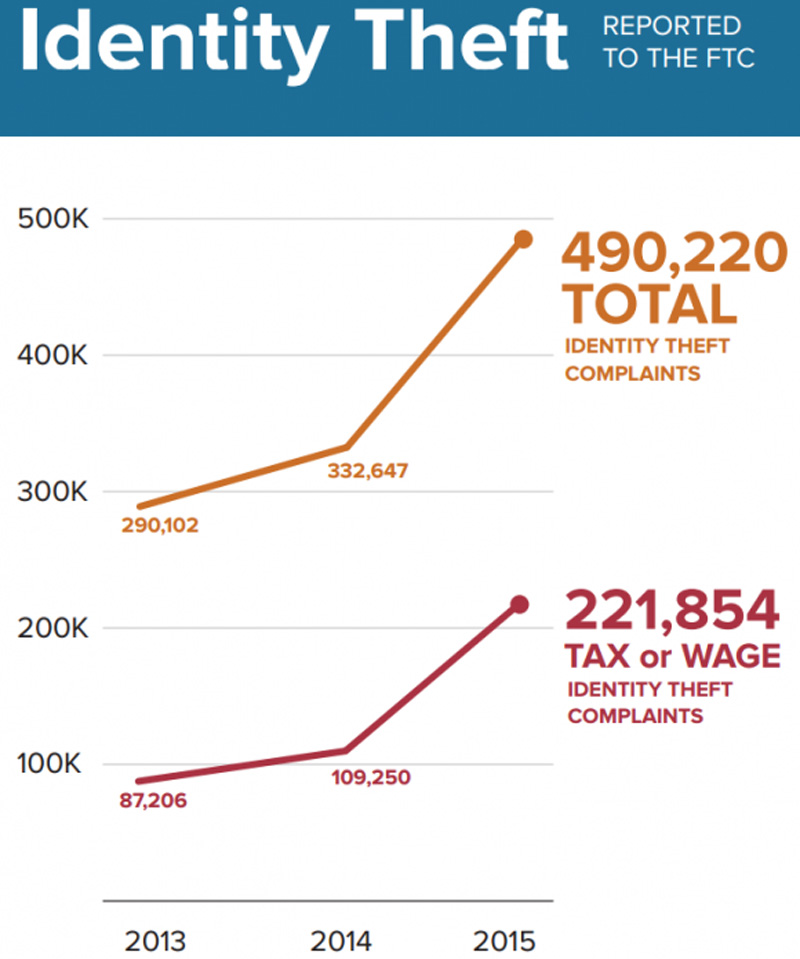 ntity Theft cases spiked up 47% last year and most of that increase is being blamed on the rash of fraudulent tax returns filed in the last 2 years.

From 2010, Identity Thieves have been stealing customers identities, filing fictitious tax returns and claiming billions of dollars in refunds that were rightly due to consumers.

In all cases, consumers do not find out they are victims of the fraud until months later when they file a legitimate tax return and it gets rejected by the IRS as a “duplicate return”.  By then the fraudsters have moved on to  the next victim.

Since 2011, IRS has had issues monitoring suspicious Tax Return Fraud

You know the IRS wasn’t really paying attention when 23,000 separate tax return checks totaling $46 Million were sent to a single address in Atlanta Georgia.  The fraud scheme at that time involved use of ITIN which were assigned to aliens at the time.

The following table shows the most popular addresses that fraudsters were using as mule houses to receive the fund on these fraudulent returns. 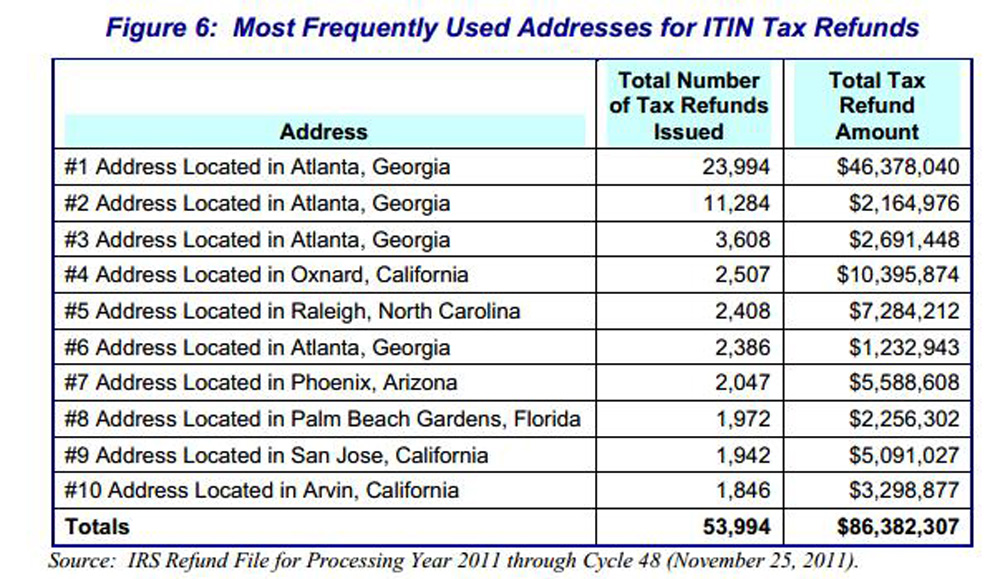 By 2013, The Problem of Fraudulent Tax Returns Became A Billion Dollar Problem

Filing a fictitious tax return is ridiculously easy.  You just need a name, a social security number and a date of birth and you can file a falsified return.  It’s even easier in most cases than applying for a credit card and the return is far far greater.

Even by 2013, the IRS had still not fixed their detection issue of fraudulent tax returns and in fact the problem had grown exponentially.  Many taxpayers were only aware of the problem after they tried to file a legitimate tax return after the fraudster. 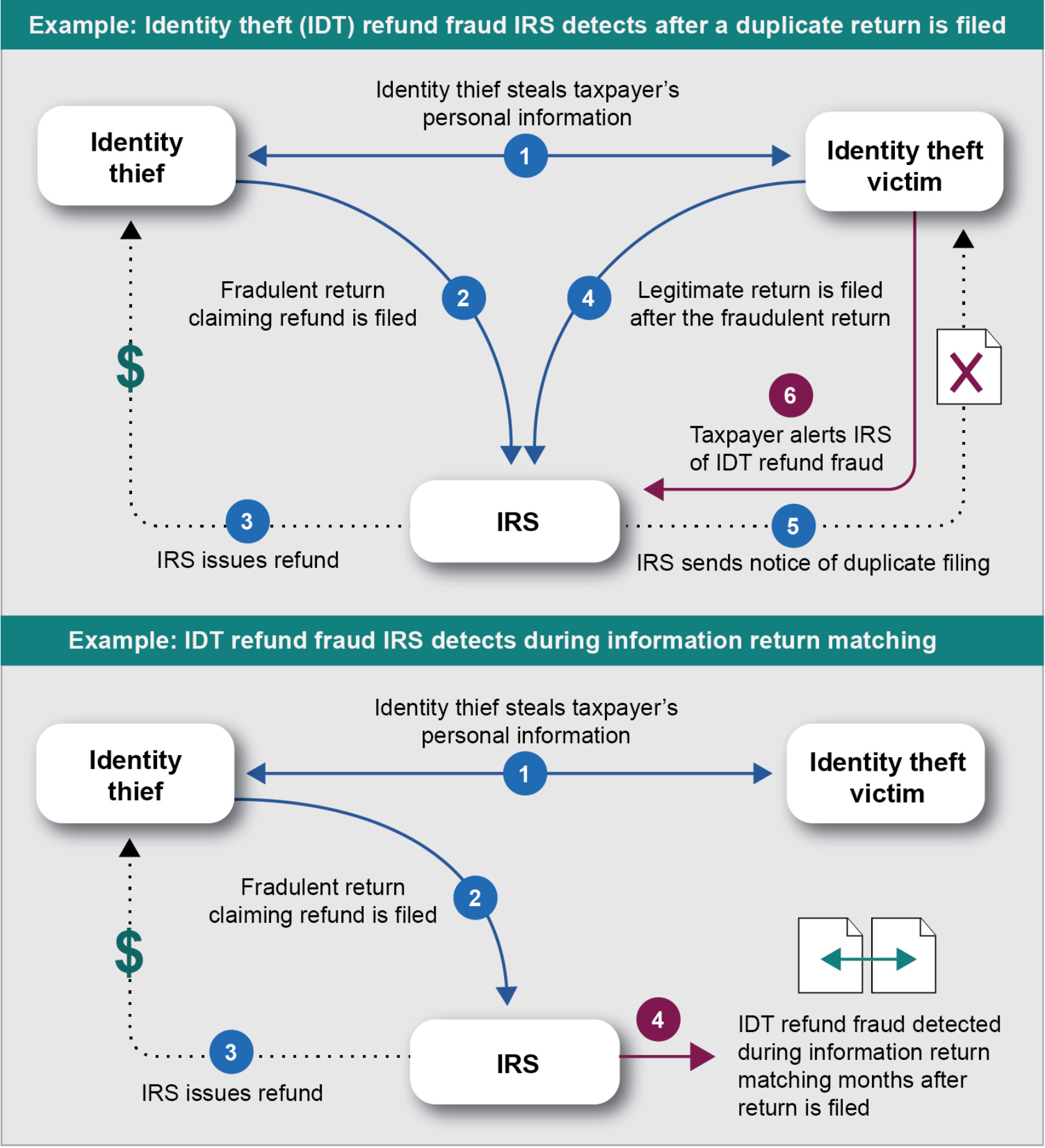 In 2013, fraudsters submitted over 5 million phony tax returns with refund request totalling over $30 Billion dollars. The IRS managed to prevent or recover over 80% of the fraudulent returns however still lost close to $6 billion in the various scams.

In 2014, the IRS announced a series of new techniques and initiatives to stamp out fraud.   These initiatives involved better authentication of taxpayers during submission of tax returns and better fraud detection after they were submitted.

This week, the IRS is touting victory, claiming that those initiatives  are having a big impact.    The IRS claims to have reduced the number of fraudulent tax returns by 50% and saved over $4 billion in losses.

The IRS also reported a roughly 50 percent cut in the number of fraudulent tax returns that made it into the agency’s processing system, helping to save more than $4 billion

The IRS is Getting Even Tougher in their Fraud Prevention Efforts

More Use of PIN Numbers for Authentication – Additionally the IRS has drastically increased the use of 16 digit PIN numbers that will be required as tax returns are filed.  This year they expect the PIN requirement to jump from 2 million returns to over 50 million returns.

50 More Data Elements Being Added to Models –  Analytical fraud detection models were added to the IRS arsenal  and they are being significantly upgraded each year. The IRS announced the use of more concrete data in those models to increase their targeting and effectiveness.

The IRS is an example of doing more with less.  The IRS indicated that they are making all of these improvements despite having 900 million less in budget than they did 2 years ago.

We’ll see how long they can keep it up.  We know fraudsters are always one step ahead of fraud fighters.