First Film Ever Of Check Fraudsters Arrest From 1901 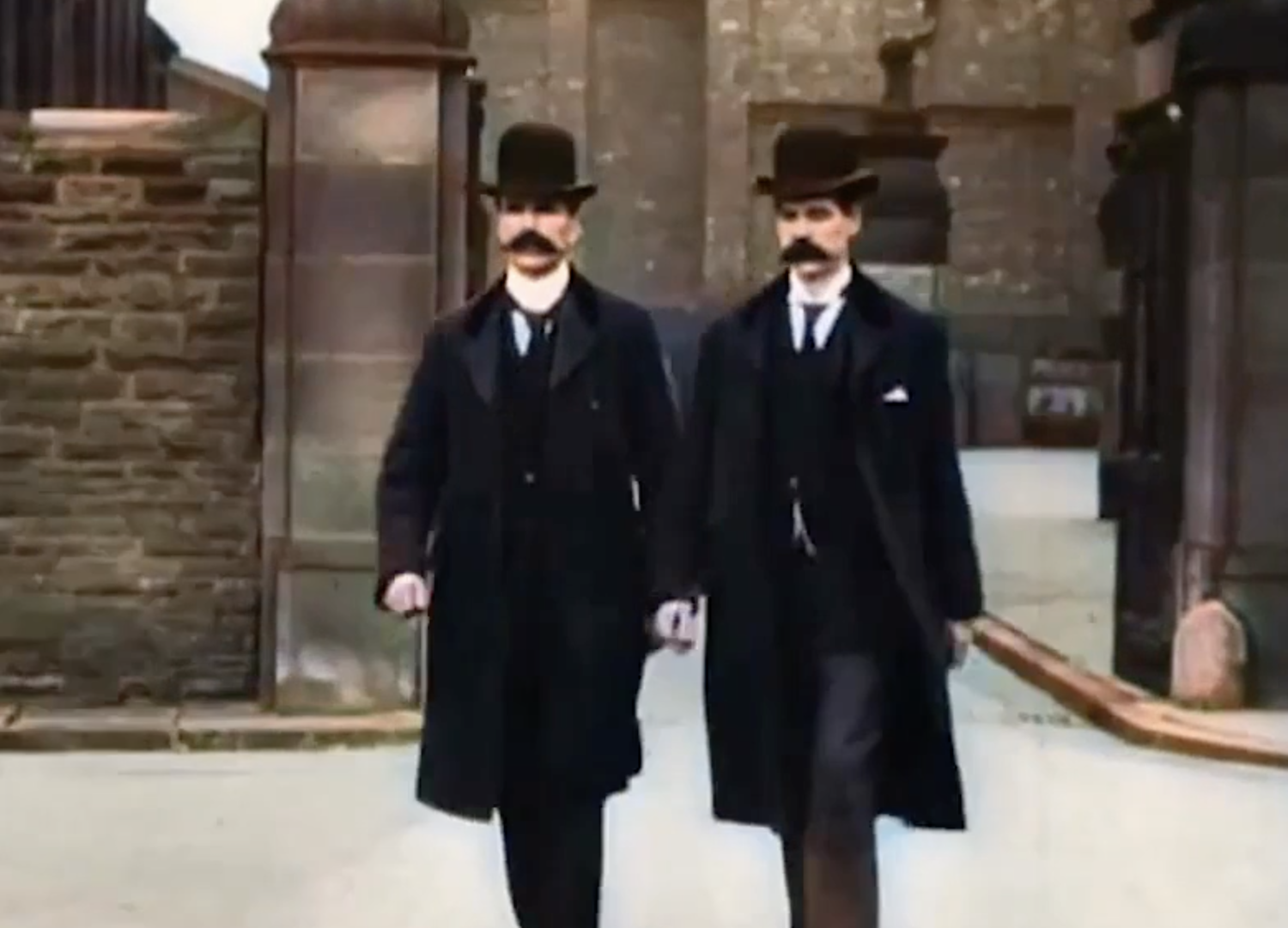 It seems fraud goes back to the beginning of time. And check fraud may be one of the oldest types of modern fraud that we still deal with, even today.

Well, the world’s first film of a fraudster being arrested from 1901 was released in color recently. The film which is a reconstruction and which is now colorized, shows the remarkeble arrest of banker – Thomas Peterson Goudie- who was arrested for colossal frauds on the Bank of Liverpool on December 2nd, 1901.

He Worked For A Bank and Forged Checks To Pay Rent, And Then It Got Worse

Goudie stole over 170,000 GBP – which is approximately 18 Million in today’s money. Many wonder how he could have pulled off such a massive check fraud and allude detection for so long.

It turns out Goudie had secured a job as a bank clerk at the Bank of Liverpool. His job was to keep ledgers and track deposits and withdrawals and checks. When he fell behind in rent he began to forge checks on wealthy bank customers’ accounts so he could make enough money to pay his rent.

One thing quickly lead to another and he eventually turned to gambling with the forged checks. It all came to a halt when a wealthy customer contacted the bank and asked to see a copy of a 9,000 pound check that the didn’t remember writing.

One day when Goudie went out to lunch, they investigated his ledgers and that is when they noticed the discrepancy with many checks that could not be accounted for. Many, many checks.

When Goudie returned from lunch they confronted him and he fled the bank. He went undercover and tried to check into a local hotel since he could not return home. He told the woman that he was a local seaman that had just returned from a long trip and needed a place to stay.

The woman who had seen the flyers of Goudie about town became suspicious and went the to police. He was then later arrested.

Goudie received 10 years with hard labour for his crimes.

The Video Was Created By John Collins

The video which was published on MSN.com shows the footage that was compiled. The collection of clips were painstakingly colourised and enhanced with sound by John Collins. He runs the website History of Liverpool, and uses special software to piece historical videos together. It is an amazing site with some amazing history within it.

The Original Article From The New York Times in 1901

The New York Times, Way Back Archive has a record of the case which made the news even here in America. It was an extraordinary fraud of the times and even showed that the largest frauds often involve employees of the bank since they can avoid detection for so long.