We are # 1!  The numbers are in and the US is still the leader in Card Fraud Globally.  Global fraud losses due to credit, debit and prepaid fraud hit $21 billion dollars and close to 40% or $8 billion in losses occurred right here in the US.

The statistics are tracked by The Nilson Report and they report that card fraud is up again by 20% in spite of Chip Cards being rolled out last October.   While the impacts of Chip were only felt for 2 months, the deployment was slow and only a fraction of merchants were able to accept the new cards. 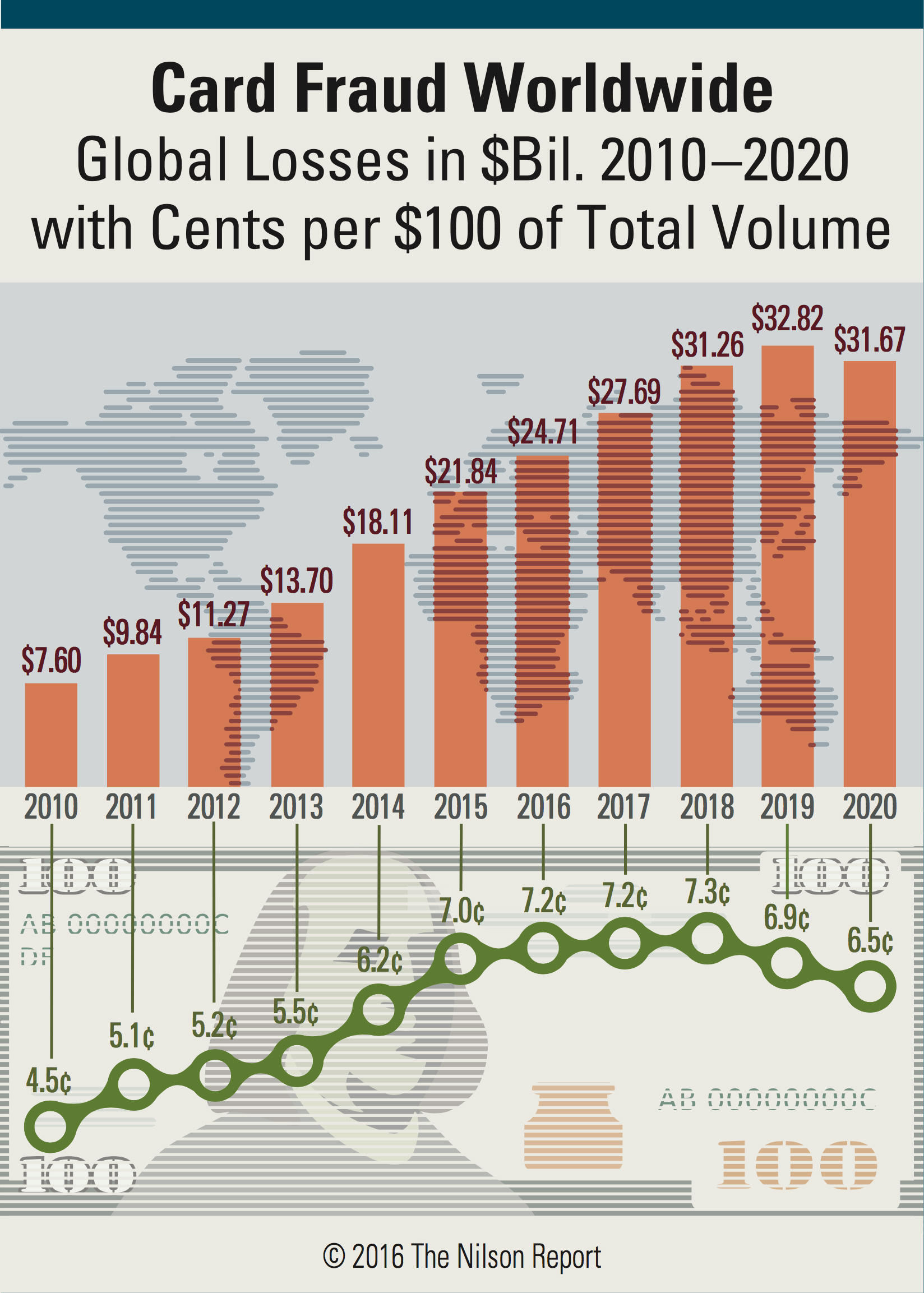 Even so, Fraud on Chip Cards only accounted for about 2% of the total fraud in the US.

The bad news is that card fraud is only projected to increase globally reaching close to $33 billion in the next 2 years which is an increase of another 50% over the current levels.

Card Fraud remains a significant pain point for card issuers all over the world as fraudsters shift their behavior from face to face transactions to online where the Chip cards are rendered virtually useless.

Fraud growth is significantly higher than non fraud growth.  As seen in this chart, Nilson is showing that the growth in fraud has outpaced the growth in overall card  volume for the last 4 years.  While the rate of growth peaked in 2011, the rise in losses is still significant year over year. 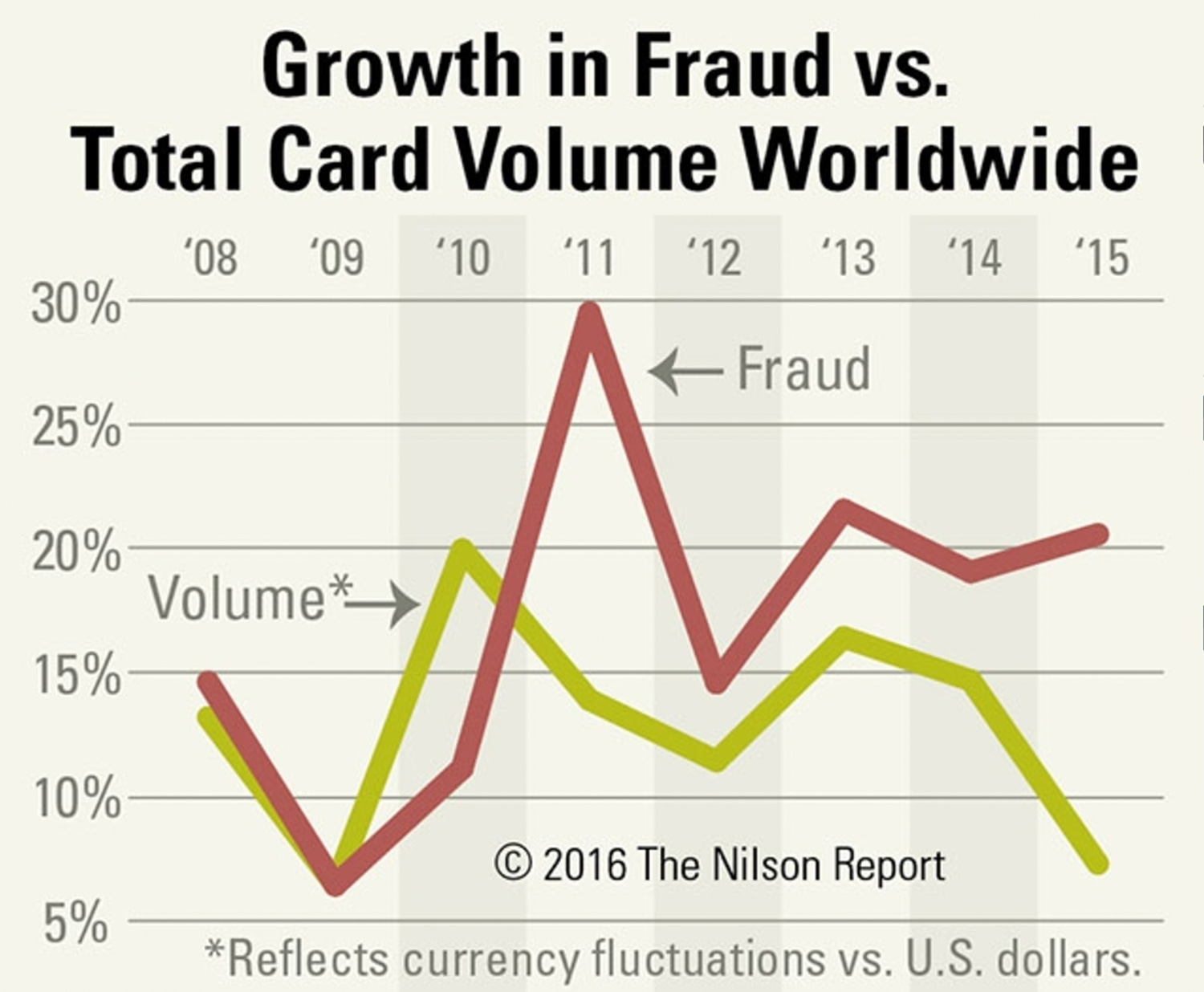 Merchants Bearing About $6 Billion in Chargebacks This Year.

Global Card fraud is $21 Billion and merchants are bearing about $6 billion of those losses, much of it from fraud that has occurred online where the card issuer’s have rights to charge the transactions back.

Recent reports however indicate that merchants in the US alone will incur close to $6 billion in Chargebacks as issuers increase their efforts to push fraud back to merchants that have not upgraded their terminals.

Times are hard on the US Card front.  We’ll have to see if Chip Cards can curb this rapid growth in card fraud.