Imposter Fraud Is Blowing Up But I Found A Silver Bullet 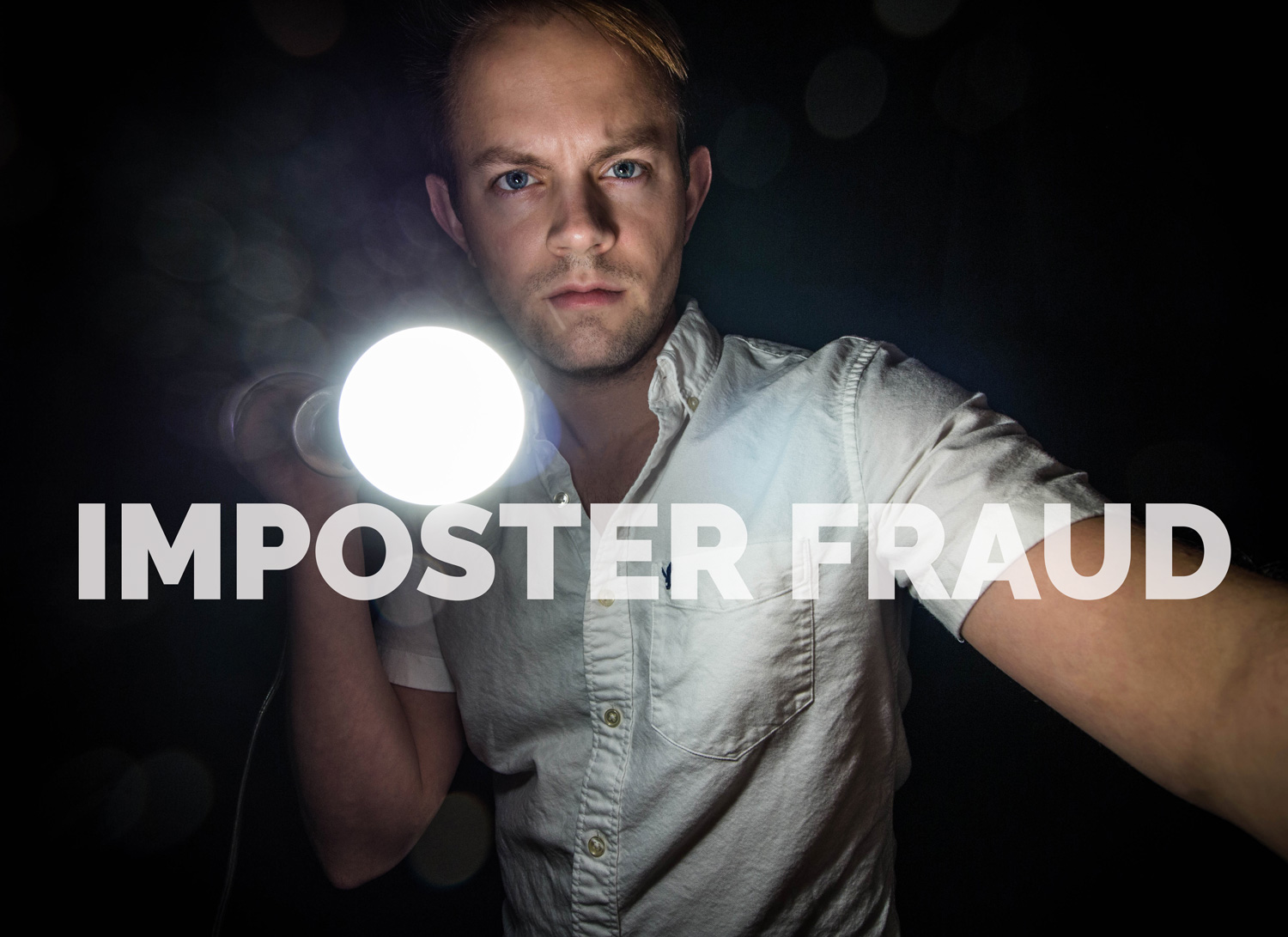 The latest reports are in for 2016 and Imposter Fraud is blowing up.  Last year, Imposter Fraud was ranked as the most common type of fraud reported by consumers, outstripping Identity Theft of the title that it held for many years.

There were 407,000 consumer complaints for imposter fraud in 2016, making it the largest type of consumer reported fraud.  The biggest driver of imposter fraud were fake IRS agents that stole hundreds of millions from consumers.

Banks have not traditionally focused on imposter frauds and scams because the financial losses do not appear on their ledgers.  Nevertheless consumers bank accounts are being used to pay these scammers which is why banks should sit up and take notice of these very telling new statistics.

On average consumers that complained lost an average of $405 per occurrence, however certain types of small business imposter frauds averaged well over $1 million dollars.

What is Imposter Fraud?

Imposter fraud occurs when a fraudster calls a consumer pretending to be someone they are not – a government official, a lotto company, or a trusted person.

In all cases, the imposter’s main motivation is to get the consumer to send them money.  There are 3 ways they collect payment 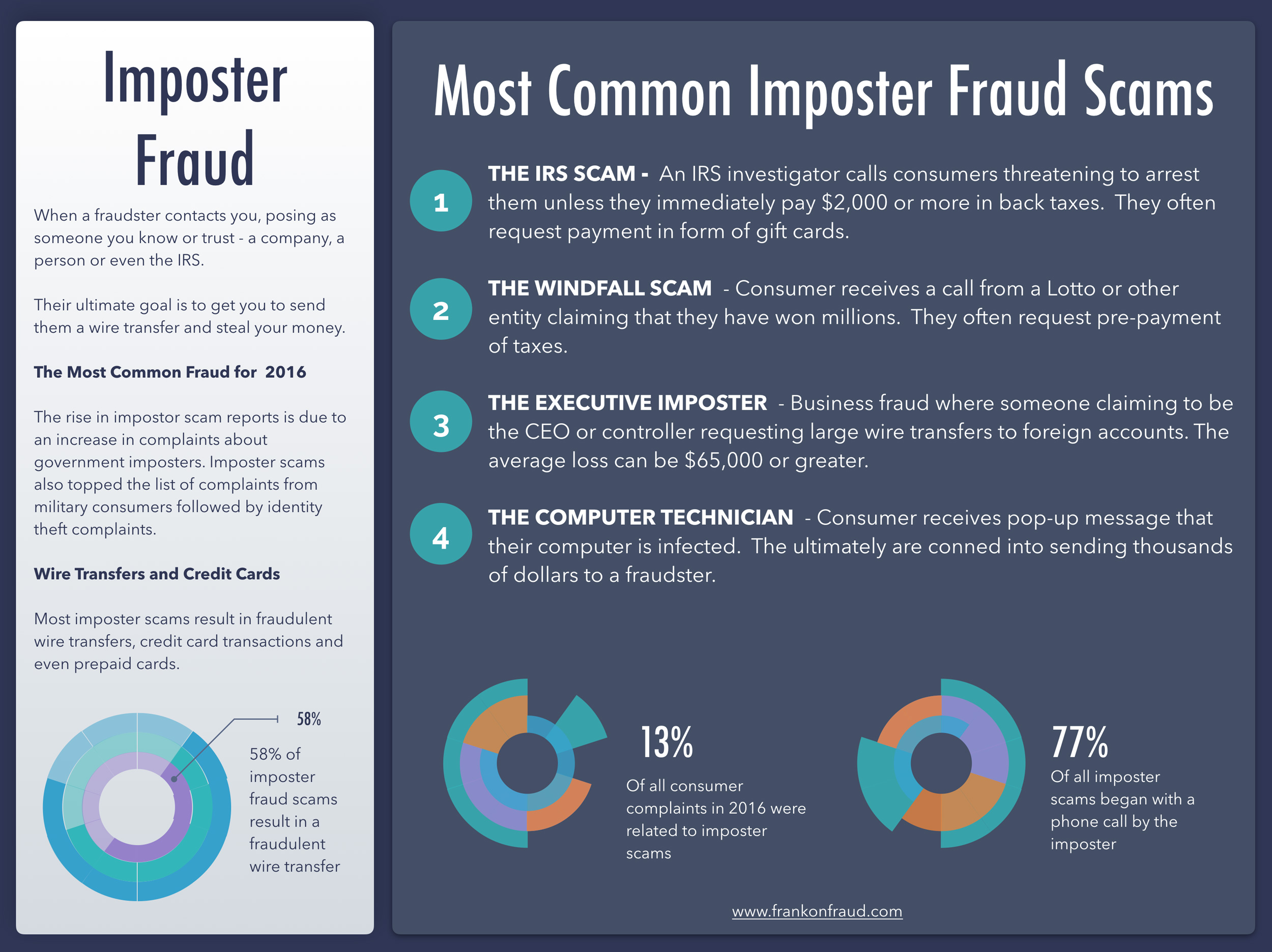 Imposter fraud has pushed wire fraud to the single largest bank fraud issue that banks grapple with today.  I wrote an article on Wire Fraud Estimates and they are shocking in how big they are.

I Was An “Almost Victim” of Imposter Fraud Last Year

I could not believe it when I too received an imposter fraud attempt last year.  Actually, it wasn’t just one.

Imposters from India claiming to be IRS Tax Investigators were calling my number day and night trying to convince me to send them $2,000 in back taxes I owed.

You can listen to one of the calls here – It was quite ridiculous!

Two months, I downloaded the best app on my phone.  It’s called Call Protect from ATT and it has been blocking fraud calls to my number on a daily basis.

This app screens every call in real time while it is coming into my phone and matches it up to their vast network and identifies when it appears to be fraudsters dialing for dollars.

Check out this screenshot of all the calls it blocks each day.    They have managed to block every single fraud attempt that comes through. On top of that, they even block annoying telemarketing calls.  It is pretty amazing. 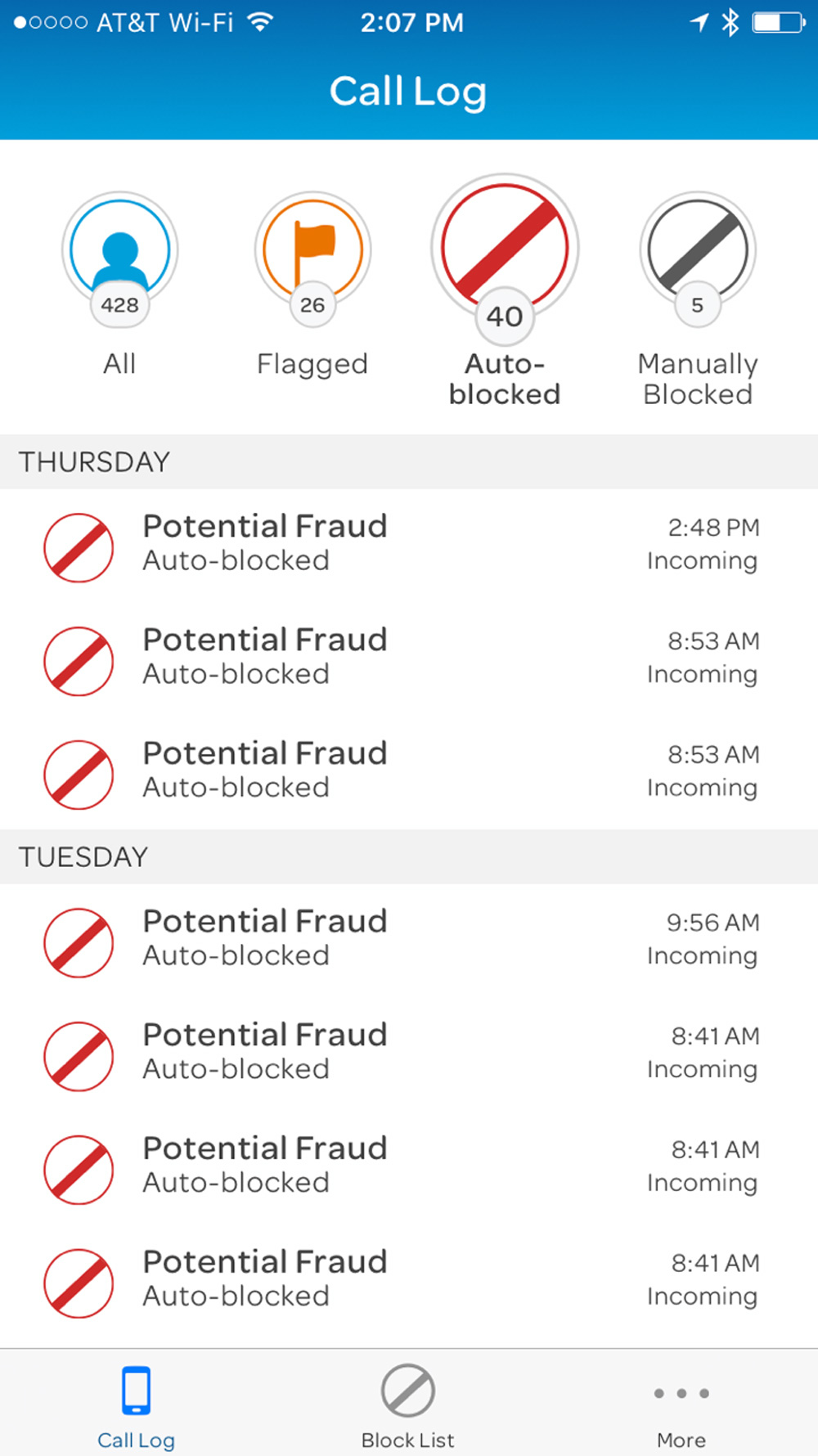 If you don’t use ATT, you can also use another app called Hiya which offers similar functionality and is sponsored by T-Mobile and Samsung.

I recommend that you get this application for anyone elderly you know. It will help block all the fraudulent calls and greatly help them from becoming victims of fraud impersonators.