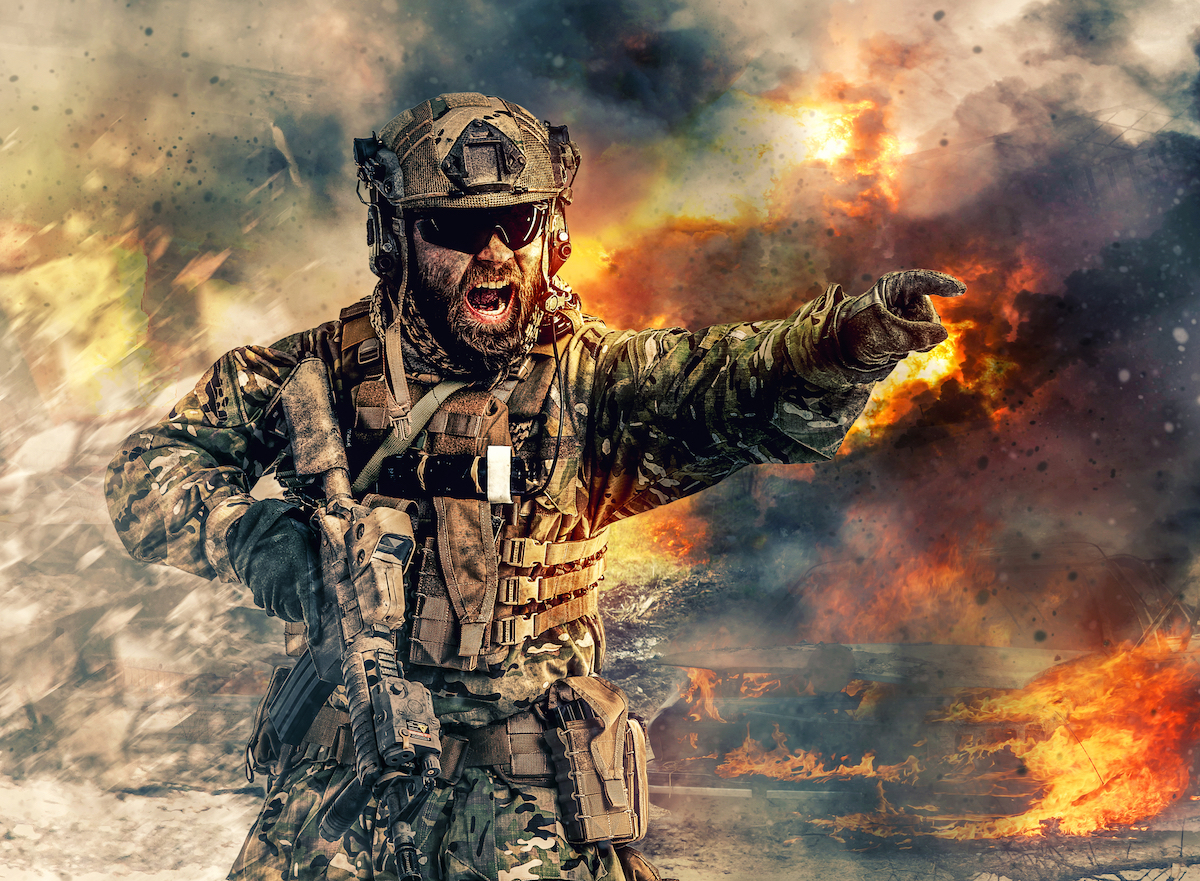 Federal authorities announced a significant coordinated effort to disrupt Business Email Compromise (BEC) schemes that are designed to intercept and hijack wire transfers from businesses and individuals, including many senior citizens.  Operation reWired, a coordinated law enforcement effort by the U.S. Department of Justice, U.S. Department of Homeland Security, U.S. Department of the Treasury, U.S. Postal Inspection Service, and the U.S. Department of State, was conducted over a four-month period, resulting in 281 arrests in the United States and overseas, including 167 in Nigeria, 18 in Turkey and 15 in Ghana.  Arrests were also made in France, Italy, Japan, Kenya, Malaysia, and the United Kingdom (UK).  The operation also resulted in the seizure of nearly $3.7 million.

BEC, also known as “cyber-enabled financial fraud,” is a sophisticated scam often targeting employees with access to company finances and businesses working with foreign suppliers and/or businesses that regularly perform wire transfer payments.  The same criminal organizations that perpetrate BEC also exploit individual victims, often real estate purchasers, the elderly, and others, by convincing them to make wire transfers to bank accounts controlled by the criminals. This is often accomplished by impersonating a key employee or business partner after obtaining access to that person’s email account or sometimes done through romance and lottery scams.  BEC scams may involve fraudulent requests for checks rather than wire transfers; they may target sensitive information such as personally identifiable information (PII) or employee tax records instead of, or in addition to, money; and they may not involve an actual “compromise” of an email account or computer network.  Foreign citizens perpetrate many BEC scams.  Those individuals are often members of transnational criminal organizations, which originated in Nigeria but have spread throughout the world.

“The Department of Justice has increased efforts in taking aggressive enforcement action against fraudsters who are targeting American citizens and their businesses in business email compromise schemes and other cyber-enabled financial crimes,” said Deputy Attorney General Jeffrey Rosen.  “In this latest four-month operation, we have arrested 74 people in the United States and 207 others have been arrested overseas for alleged financial fraud. The coordinated efforts with our domestic and international law enforcement partners around the world has made these most recent actions more successful. I want to thank the FBI, more than two dozen U.S. Attorney’s Offices, U.S. Secret Service, U.S. Postal Inspection Service, Homeland Security Investigations, IRS Criminal Investigation, U.S. Department of State’s Diplomatic Security Service, our partners in Nigeria, Ghana, Turkey, France, Italy, Japan, Kenya, Malaysia, and the UK, and our state and local law enforcement partners for all of their hard work to combat these fraud schemes and protect the hard-earned assets of our citizens.  Anyone who engages in deceptive practices like this should know they will not go undetected and will be held accountable.”

“The FBI is working every day to disrupt and dismantle the criminal enterprises that target our businesses and our citizens,” said FBI Director Christopher A. Wray.  “Cooperation is the backbone to effective law enforcement; without it, we aren’t as strong or as agile as we need to be.  Through Operation reWired, we’re sending a clear message to the criminals who orchestrate these BEC schemes: We’ll keep coming after you, no matter where you are.  And to the public, we’ll keep doing whatever we can to protect you.  Reporting incidents of BEC and other internet-enabled crimes to the IC3 brings us one step closer to the perpetrators.”

“The Secret Service has taken a multi-layered approach to combating Business Email Compromise schemes through our Global Investigative Operations Center (GIOC),” said U.S. Secret Service Director James M. Murray. “Domestically, the GIOC assists Secret Service Field Offices and other law enforcement partners with analysis and investigative tactics to enhance the impact of local BEC investigations.  Internationally, the GIOC targets and identifies transnational organized crime networks that perpetrate these cyber-enabled financial fraud schemes.  Through this approach, the Secret Service continues to strive to protect the citizens of the United States and our financial infrastructure from these complex crimes.”

“Homeland Security Investigations (HSI), together with its law enforcement partners, has proven once again, that cyber-enabled financial fraud will not be tolerated in the United States,” said Acting Director Matthew T. Albence of U.S. Immigration and Customs Enforcement (ICE). “Operation reWired sends a clear message to criminals, that no matter how or where crimes are committed, we will do everything within our means to dismantle criminal enterprises that seek to manipulate U.S. institutions and taxpayers.”

“The consequences of this type of fraud scheme are far reaching, affecting not only people in the United States, but also across the world,” said Chief Postal Inspector Gary Barksdale.  “This investigation is just another example of how effective law enforcement agencies can be when they join forces.  By working together, we can keep our communities and our vulnerable populations safe from financial exploitation.  The U.S. Postal Inspection Service is proud to be at the forefront of the fight against fraud and Postal Inspectors will continue to adapt to the ever changing landscape to stop the scammers and protect our customers.”

“In unraveling this complex, nationwide identity theft and tax fraud scheme, we discovered that the conspirators stole more than 250,000 identities and filed more than 10,000 fraudulent tax returns, attempting to receive more than $91 million in refunds,” said Chief Don Fort of IRS Criminal Investigation.  “We will continue to work with our international, federal and state partners to pursue all those responsible for perpetrating this fraud, preying on innocent victims and attempting to cheat the U.S. out of millions of dollars.”

“The investigation of these crimes crossed international borders,” said Director Todd J. Brown of the U.S. Department of State’s Diplomatic Security Service (DSS).  “Today’s charges are another successful example of our commitment to working together with both foreign colleagues abroad as well as local, state and federal law enforcement partners here at home in the pursuit of those who commit cyber-related financial crimes.”

A number of cases involved international criminal organizations that defrauded small to large sized businesses, while others involved individual victims who transferred high dollar funds or sensitive records in the course of business.  The devastating effects these cases have on victims and victim companies affect not only the individual business but also the global economy.  According to the Internet Crime Complaint Center (IC3), nearly $1.3 billion in loss was reported in 2018 from BEC and its variant, Email Account Compromise (EAC), nearly twice as much as was reported the prior year.  BEC and EAC are prevalent scams and the Justice Department along with our partners will continue to aggressively pursue and prosecute the perpetrators, including money mules, regardless of where they are located.

Money mules may be witting or unwitting accomplices who receive ill-gotten funds from the victims and then transfer the funds as directed by the fraudsters.  The money is wired or sent by check to the money mule who then deposits it in his or her own bank account.  Usually, the mules keep a fraction for “their trouble” and then wire the money as directed by the fraudster.  The fraudsters enlist and manipulate the money mules through romance scams or “work-at-home” scams, though some money mules are knowing co-conspirators who launder the ill-gotten gains for profit.

BEC scams are related to, and often conducted together with, other forms of fraud such as:

Among those arrested on federal charges in BEC schemes include:

The Justice Department’s efforts to confront the growing threat of cyber-enabled financial fraud led to the formation of the BEC Counteraction Group (BCG), which assists U.S. Attorney’s Offices and the Department with the coordination of BEC cases and the centralization of related expertise.  The BCG facilitates communication and coordination between federal prosecutors, serves as a bridge between federal prosecutors and federal agents, centralizes and manages institutional knowledge and training, and participates in efforts to educate the public about protecting themselves and their organizations from BEC scams.