The Enron Fraud Experience Can Be Yours With This App 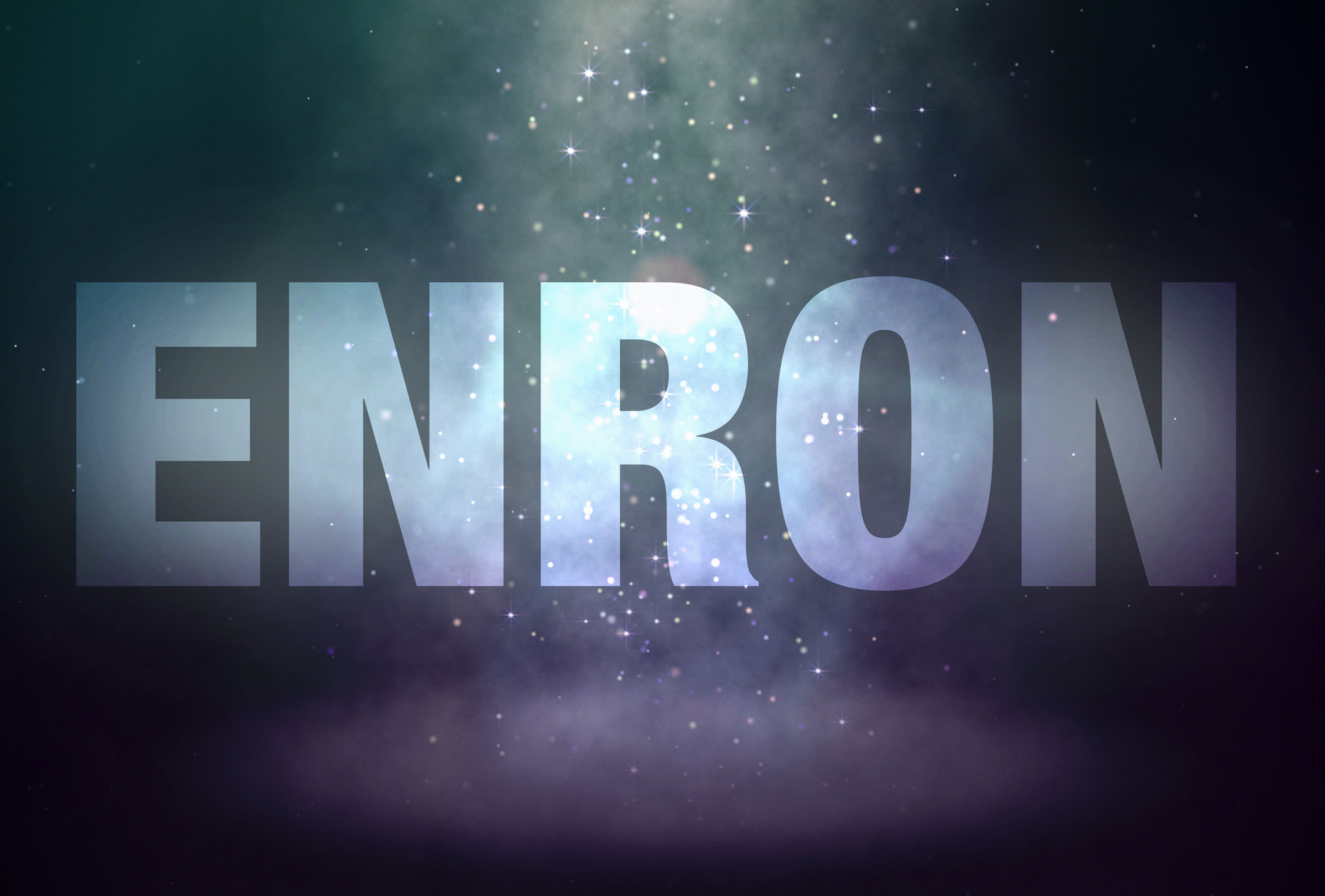 There has never been a larger, more systematic, or creatively planned fraud swindle the likes of Enron.

The story of Enron was one of greed and corruption, but it was also one of a toxic sales culture where insiders were hell bent on bending ethics and business practices at the expense of investors and customers.

I still remember back in 1999, sitting in our offices at HNC Software where I was a fraud consultant, hearing that we would be having another rolling blackout in San Diego in the middle of somewhere due to electricity shortages.  As it turns out, Enron employees were responsible for cutting off energy to California to make prices skyrocket.

Enron was a rising star in the energy world. But that star quickly fell to earth as layer upon layer of fraud was exposed at the company. 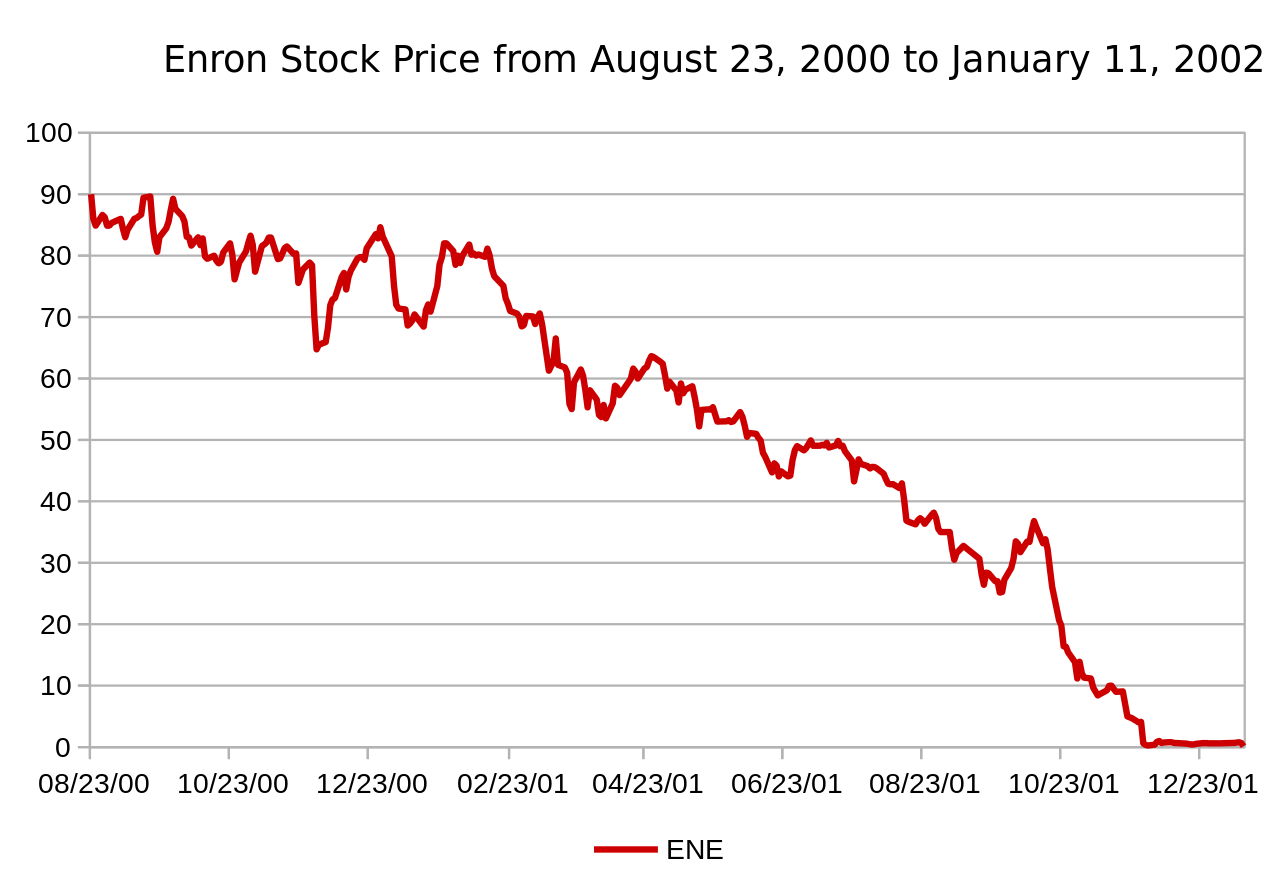 In 2001, Enron filed for bankruptcy leaving hundreds of thousands of employees and investors in financial ruin.

In 2003 amidst their own investigation, the Federal Regulatory Energy Commission published approximately 500,000 emails from 150 senior executives at Enron.  The dataset can still be downloaded today at this link – Enron Emails From Senior Executives.

The dataset is a rich trove of information for data scientist and analyst that build automated tools for email exchanges.  There have been hundreds of research studies based on the data that was made public.

A New Application Allows You To Experience the Fraud First Hand

Thanks to the Creators Project you are now able to relive the day to day experience of insiders leading up to when the fraud unraveled.

The application which was created by artist Tega Brain and Sam Lavigne is called The Good Life.   The application will send you the entire archive of 500,000 Enron employee emails that were exchanged during Enron’s final years.  The emails are sent to you in chronological order, one by one straight to your inbox.

The emails are sent to you in chronological order, one by one, straight to your inbox.  You receive those emails just as if you were an insider at the company watching and reading the fraud scheme appear before your eyes.

By sending you the emails in a small digestible format, you can take the time to read the entire database of 500,000 emails.

But you need to read fast.  The slowest plan you can sign up for will send you 196 emails from Enron every day for the next 7 years!

You simply type in your email address, choose a plan and the emails will be sent to you as fast or as slow as you would like them. 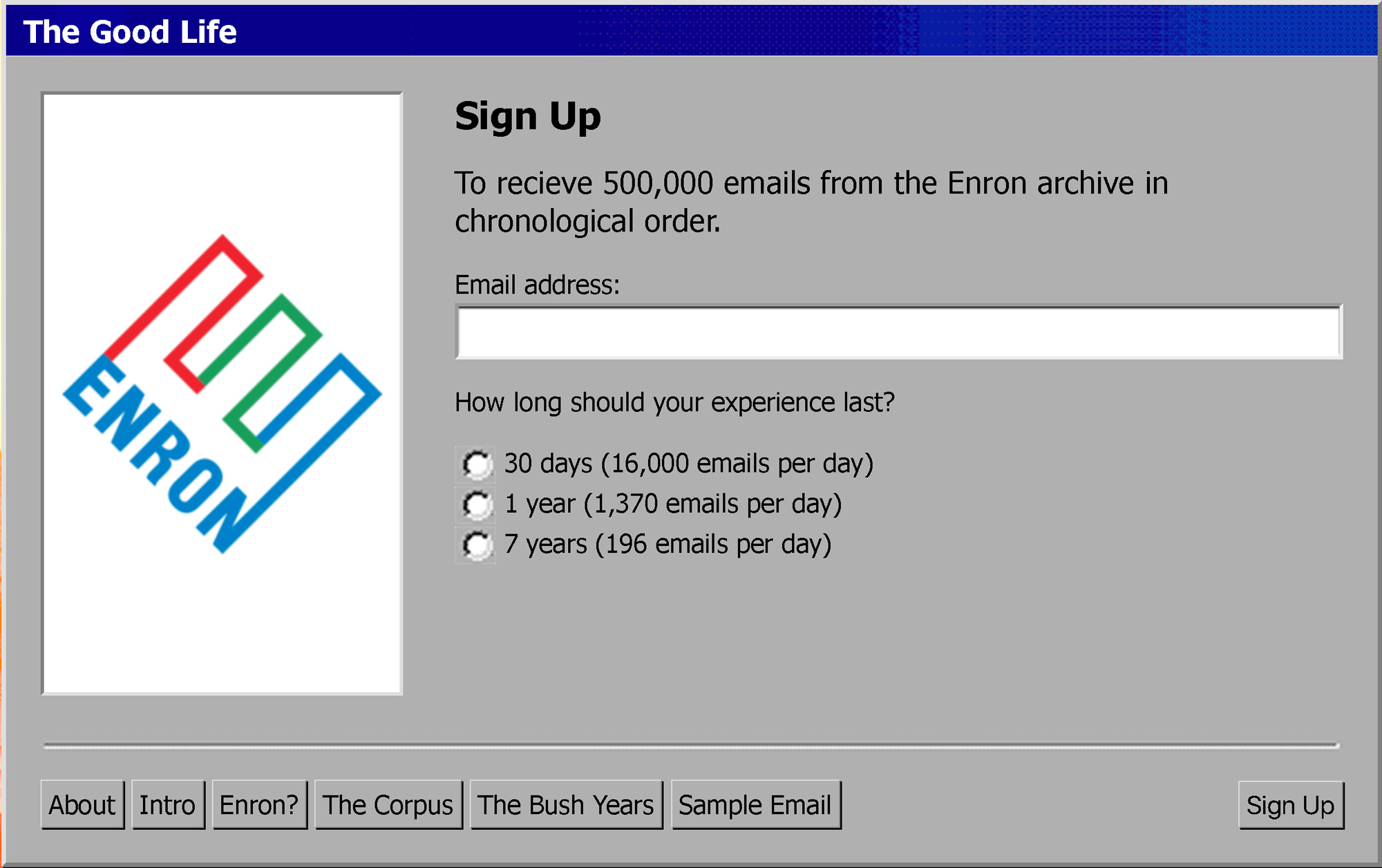 The email service and project was so popular that both Yahoo and Google temporarily banned them from providing the service because they were sending out 3 million emails a day. 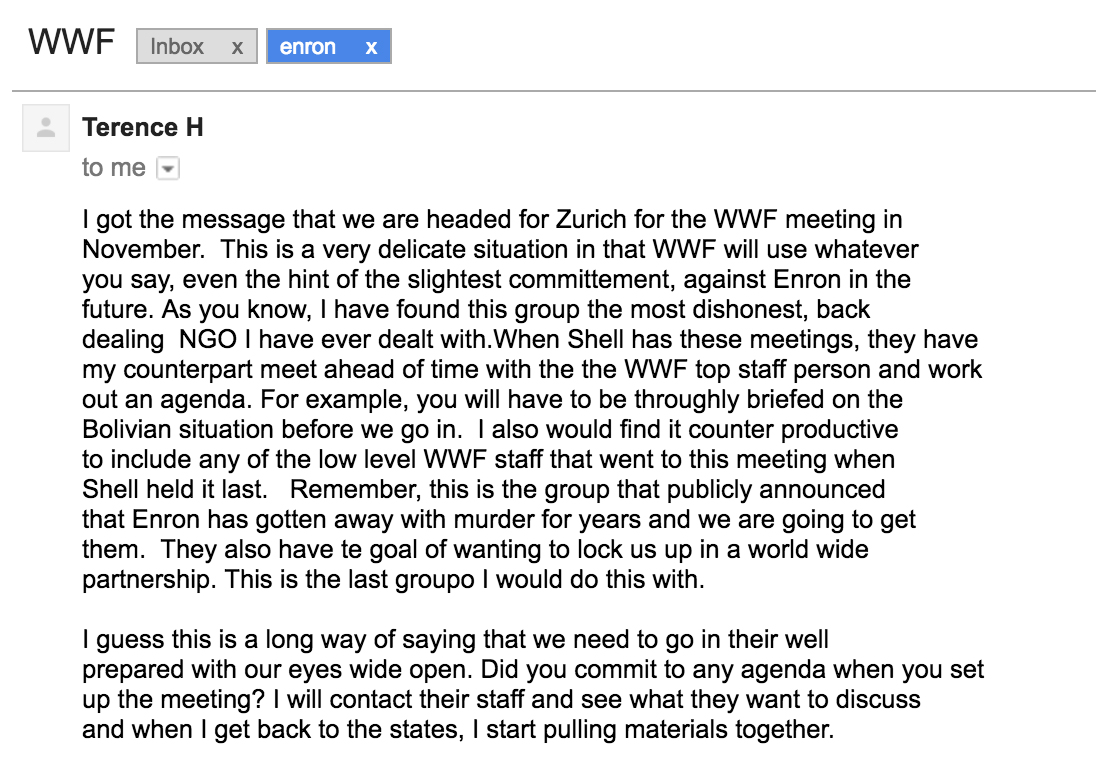 And this little gem from Ken Lay just prior to the company declaring bankruptcy where he agrees to forego his bonus payments. 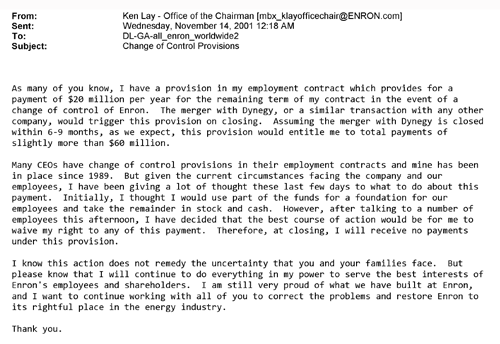 I haven’t signed up for the service myself yet but plan to do over the next year to see what types of strange email communications I might pick up on.