5 Reasons Working In Anti Fraud Is The Best Job Ever 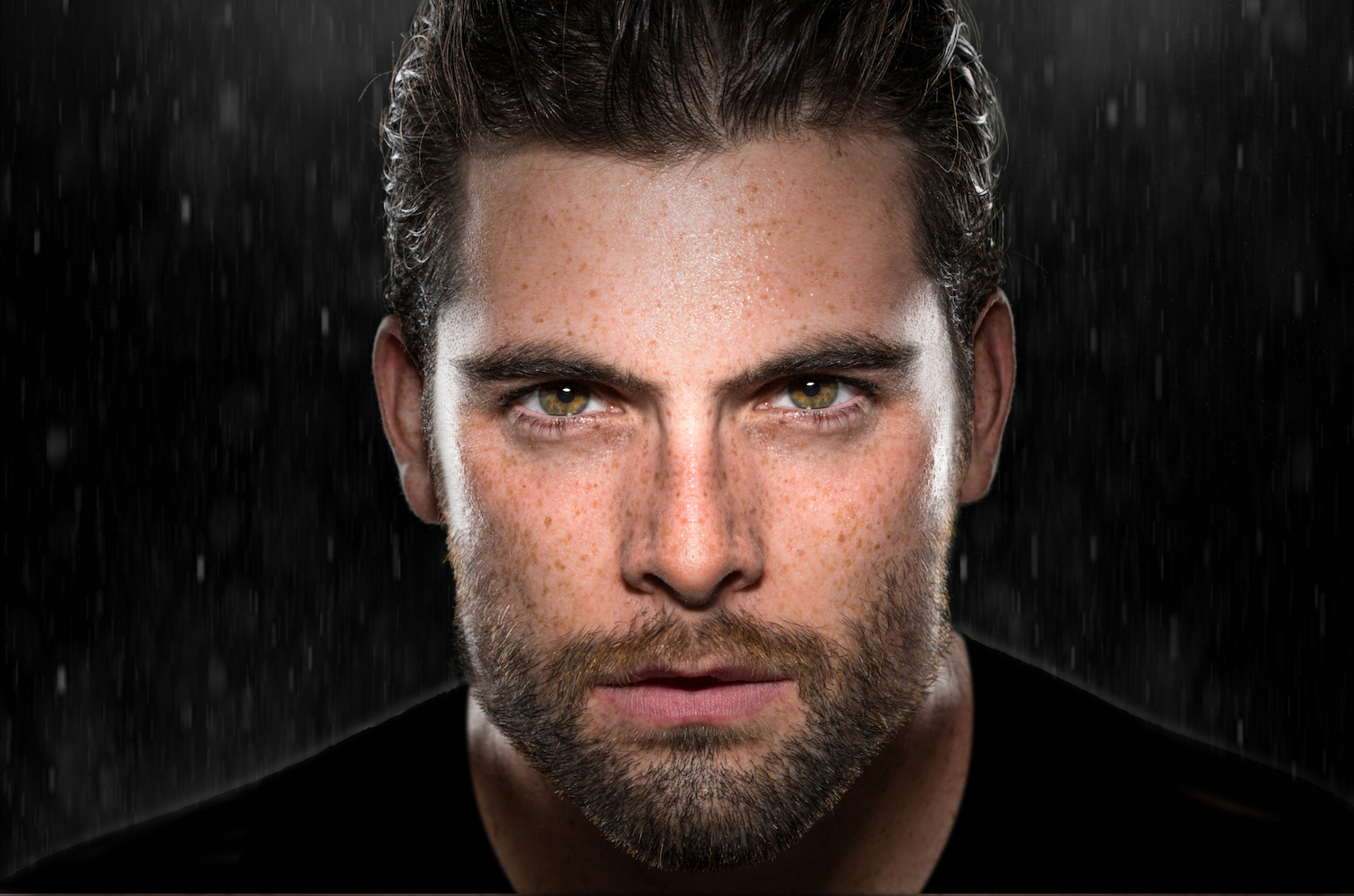 In 1990, I was fresh out of college working in a dead-end job as a customer service operator for a credit card company.

My shift started at 5 am.  Every morning at 4 am, I would pull myself out of bed, drive to that job,  strap on that dreaded headset, and start answering calls.  They forced me to answer 30 calls an hour and wanted me to shuffle people off the phone after 1 minute and 52 seconds.

It didn’t help that just about every person on the other end of the phone line just wanted to scream at me for the late fee the company had just charged them.  And I had a supervisor monitoring every word I said, every day.

I was miserable. I felt like I was going nowhere. Accomplishing nothing.

I was collecting a paycheck of $700 every 2 weeks.  I was selling my soul to the devil for a few shillings.

A Shining Beacon of Hope

Little did I realize my crappy job was about to lead me down a road to something far better, something amazing.

One day in the lunchroom I saw a flyer for a new job posting.  It said, “Fraud Analyst – Analyze Credit Card Applications for Fraud.”   Now, that sounded fun.  And exciting too.  And something that would be 1 billion times better than answering phones.

This job posting was a shining beacon of hope for me.  “This could be my escape.”, I thought to myself as I prepared to submit my application.

A Promise to Work for Free That Worked

I applied for that job to be a Fraud Analyst and went to the interview.  It turned out to be the most important interview of my entire life.

During the interview, I told the manager, “Give me the job.  I will work for free for 3 months.  If I am not exceeding your expectations by a mile, FIRE ME.   I promise you I will work my hardest to be the best”.

It worked!  She hired me.  And she paid me.  Not only that, but the job was actually considered a promotion and they gave me a raise!   I was on a roll.

The first day on the job was eye opening.  To get me started they paired me up with a seasoned investigator named Tess Ramos Cruz.  She was sharp, and quick and knew exactly how to spot a fraud.

I spent the next week in awe. I watched her rifle through 30 applications a minute as she scanned for fraud clues in the writing and information provided.  Every few minutes she would toss one into a pile and say, “That’s Fraud”.

She would later go through those suspect applications in the pile, one by one, find the true customer, and inform them that they had been defrauded.   When she hung up, she would pick up her big red stamp and punch on the application “Declined For Fraud”

How she did it?  I do not know.  But I later learned she had that she had the “Fraud Eye”.  The Fraud Eye is a term I came up with to mean “The ability to Instantly Sniff Out a Fraud and Go Terminator On It.”  Not many people have it, those that do have a gift and Tess definitely had that gift.

I Learned The Tricks of the Trade

I came into work super-charged with energy every day.   Every time I found and fraud my heart would skip a beat and give me even more energy.   My job wasn’t a job anymore, it was fun.  I forgot about looking at the clock and was completely absorbed in my work.

Building a Career Out of Fraud Fighting

The next 20 years flew by as I decided to make a career out of my best job ever. Here is how I did it.

I Worked My Way Up the Ladder – I stayed with that bank for about 10 years and worked my way up through every single fraud job they had.   I was a fraud analyst.  I became an investigator.  I became a fraud strategist.  I loved it so much that people started referring to me as Captain Detecto because I just wanted to save people from fraud.

I Moved On To New Challenges  -From there I was hired to another bigger bank – Wells Fargo – to manage their fraud strategies. I was entrusted to write the rules that would help protect their millions of customers from card fraud.  I couldn’t believe it.  Little old me, doing something so important. Oh, how I loved fraud!

I Became a Fraud Consultant -After several years, I was recruited to work for a software company to become a fraud consultant. I accepted the job and within 10 years I had worked on hundreds of projects with over 100 banks and traveled the world.  I was helping people all over the world stop fraud.  And I still loved fraud more than ever.

I Started New Companies With Partners – I started to meet great people (like my business Partner Tim Grace) and some of us banded together to create fraud companies that would build technologies to help solve new and emerging fraud problems. I ended up co-founding 2 technology companies and building software that is used all over the world.

I feel like I chose the best career ever.  I want to tell new graduates or people that are stuck in a dead-end why this might be something for them.  Fraud can be your ticket out of the doldrums.

Here are 5 Reasons Fraud Prevention could be the best job choice for you too.

# 1 – You Are Always Making an Impact- Every Single Day

If you work in fraud management, every single day matters.  Everything you do has an immediate and long-lasting impact.

You are in constant war with fraudsters and shutting their schemes down. If you put a new fraud strategy for your company, you can see the results seconds later as you watch the fraudsters schemes fail.  When you stop that fraud, you save your company millions and you protect thousands of consumers from becoming victims.

I can think of no other job where you get to see the fruits of your labor so quickly and with so much impact.

#2 – You Are On The Side of Good and Fighting Evil

Fraud hurts people.  Fraud can destroy people’s lives and they can lose their fortunes if they become a victim.  I have spoken to thousands of fraud victims and most of the time, they thank me for helping them and that makes me feel great.

When you work in fraud you can be righteous.  You are working on the side of good and helping people.  You are stopping scammers, thieves, and bad people from stealing from your company and stealing from consumers.

#3 – You Can and Will Travel the World and Help People

Fraud is not confined to where you currently live.  Fraudsters are all over the world. They migrate to new countries when they are shut down in another.

If you are fraud professional and if you are good, you will be called to help people all over the world.  The possibilities of where you work and where you live are only limited to where YOU WANT TO BE.

You will travel the world helping companies, solving problems and meeting new people.  And most of all, stopping fraudsters wherever they are.

This is my friend Maryann, a fraud consultant too.  Look how far she has traveled! 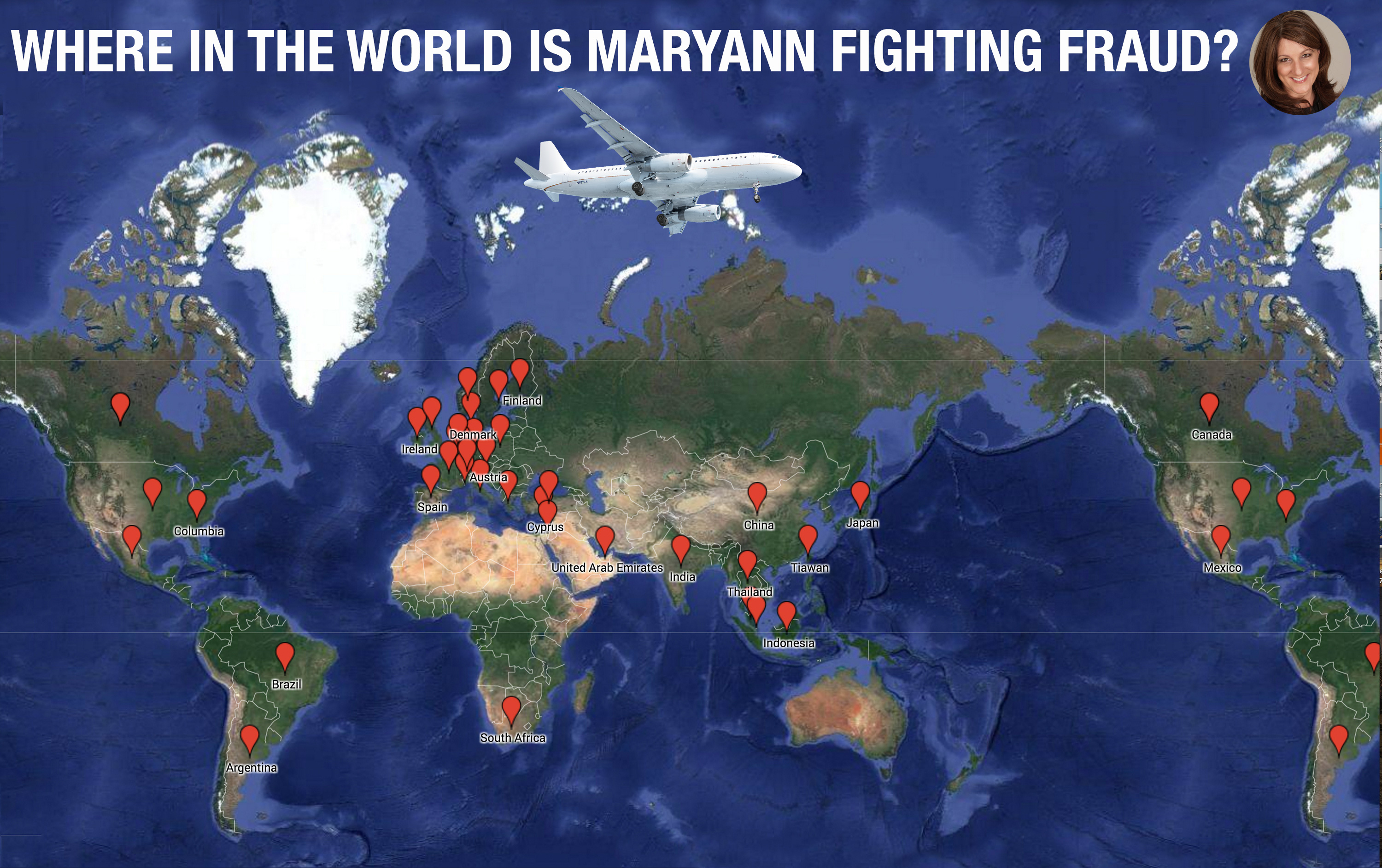 #4 – You Will Always Have Work and A Paycheck

Fraud is growing 20% or more each and every year.   Breaches are escalating.  Banks are offering more convenience and technology.

We are in the infancy of a global fraud crisis where our fraud capabilities and fraud technologies cannot keep up with the level of new payment vehicles and speed of banking.   And far-reaching regulations are burdening banks with horribly outdated methods that stifle innovation.  How long did it take you to get your last mortgage?

Fraud is growing. Fraud is complex. And those to factors are only increasing each and every year.

There is a shortage of good fraud people.  Companies are short-handed in the fight against fraud. Choose a career in fraud and you will always have a job somewhere in the world.

Stopping fraud schemes is like a video game.  You put on your detective hat. You look for patterns.  You search for fraud.  Then, when you find it, you terminate it.

The next day when you go back to work you have a whole new puzzle to solve.  Every minute that passes by thousands of dollars are at stake.  The company is relying on your skills and your fraud fighting capability. If you fail, they fail.

Fraud is a puzzle. It’s fun and it changes each and every day.  You will never be bored working in fraud.  You will become a fraud addict, and want to work around the clock to stop it.

I hope you enjoyed this little blog post. I am a big fan of fraud prevention and glad that I chose it as my career.  I have traveled around the world, helped companies stop hundreds of millions of dollars, met fascinating people, and most of all helped stop a lot of bad guys from stealing money.

If you’re newly out of school, thinking about a career change or stuck in a dead-end job, consider Fraud Prevention – it’s the best career ever.

In the meantime, all you fraud fighters out there.  Never stop always stopping fraud!