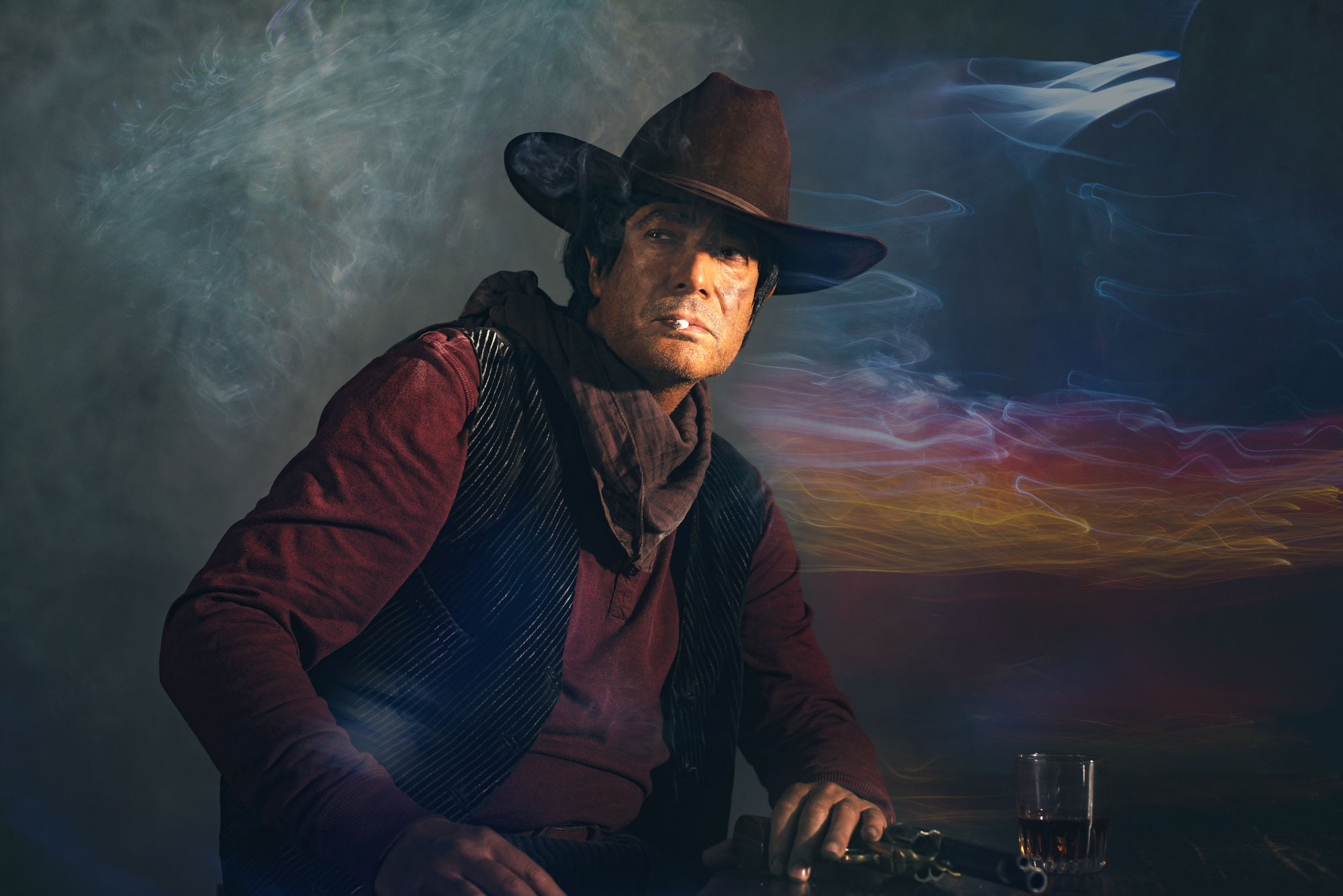 Cigarettes, gun slinging and messing around with fax machines – such was the life of a fraud professional back in the good old days.  And by good old days, I’m talking about the ’90s.  Not the 1890’s – the 1990’s – many years ago.

All you young hip fraud managers have no idea how good you have it.  Back in my day, we used to have to walk to our fraud manager jobs uphill both ways, in the snow in our bare feet!

I have a question. Are you old school, or new school?   If you started your career before this century (like me) then you are OLD School and perhaps only you can appreciate the wonders of technology and how much it has done to help fraud managers, analyst and investigators do their work.

So if you started your career in fraud when Windows 95 was considered a big deal, here are 13 things that probably only you can appreciate.    Millennials be prepared to be shocked and amazed!

The first fraud reports used to be tab-reports run each morning on dot-matrix printers.  The reports would spit out hundreds of pages containing a long list of account numbers that had high numbers of transactions from the previous day.

It was almost useless since all the accounts were drained by the time you reviewed them.

#2 – Picking Up A HandHeld Phone and Calling Customers

Before dialers and before headsets, the fraud analysts would actually pick up the phone on their desk and call customers.  It was pretty clunky process and you’d often spend 10-15 minutes working each case before you picked up the phone.

Imagine actually calling and talking to a customer!  It was amazing.

Before email and the internet, fraud vendors and card associations actually relied heavily on fax machines to send alerts to customers.

All day long our fax machines would ring, connect and then spit out pages of alerts from vendors. I remember getting a list of account numbers from Card Alert Services notifying us which accounts were compromised or a Visa hot card list.

Sometimes those alerts would sit on fax machines for days while the fraudsters ran up huge charges.

In 1997, I went to work for a big bank as a fraud strategy analyst.  I walked into one of the investigator’s offices and he had a shotgun sitting on his desk.

Apparently, it was pretty routine back in the days for credit card fraud investigators to carry firearms into work in case they had to do field investigations!

#5 – Reviewing Signatures on Thousands of Paper Checks Against Signature Cards

One of the most back-breaking jobs for fraud analysts used to be comparing the signatures on checks to the original signature cards that the customers fill out when they open an account.

We would get stacks and stacks of checks and manually review the payees on the checks, the check stock and try to match the signatures to the original signature cards.

Occasionally we would identify a forgery or counterfeit check but it was the most awful fraud review process you could ever do.

Before email came along, the only way to communicate in the office was through memorandums.  So you would have to type up memos to people, print them off, and then hand deliver them via interoffice envelopes.  Interoffice envelopes were these big yellow envelopes that would get couriered around by people in metal carts.

Email changed all that and made things 1 billion times easier!

#7 – Smoking A Cigarette While You’re Filling out SARs

Back in the 80’s and early 90’s people smoked in the office when they worked, and no one smoked more than fraud analysts and investigators.  Maybe it was the stress of the job, but people would light up for a quick smoke when they filed their SARs.

Nothing like a quick smoke to calm the nerves and help you get your SAR narrative right.  Thank God this business practice went by the wayside.

Fraud and Dispute cases used to require the creation of a paper file where you would put all of your documents into.  You would put your affidavits in there,  your customer letters, your list of transactions, your case notes, copies of receipts, ATM film, SARs.  Everything went in those darn paper-based files and then you would have to file them in a big file cabinet.  After a few months, those files went in big warehouses, perhaps never to be seen again.

As you can imagine, not requiring a real-time authorization was ripe for fraud.  Fraudsters figured out if they kept the transaction amount low by buying a train ticket for less than 20 GBP for example, that they could continue to use the card for months without every raising suspicion.

To counter those fraudsters, we would have to publish the card number in a paper book that merchants would check. If the card number was lost or stolen in some tiny village in the middle of nowhere, the merchant could check the book and pick up the card for a reward.

#10 – Going Back to Microfiche for Investigations

Back in the old days, when storage cost was high, banks typically moved all of their records into Microfiche format.

If you wanted to get access to your old cases or get access to copies of old statements you often had to do it the old school way by pouring through millions of pages of microfiche.

Before RPA (Robotic Process Automation), fraud analyst used to have to record Macro-Scripts on their ancient AS400 terminals.  Those macro scripts were the dumbest robots you could find but they could also send out hundreds of letters to clients in minutes, or even lock down your compromised card list in just a few seconds.

One bright spot to the old days is there just wasn’t nearly as much fraud as there is today.  In those days, you only had to worry about credit card fraud and check fraud.

As the internet emerged and people became more interconnected, fraud exploded and created many new fraud types that we have to contend with each and every day.

So yes, we were completely inefficient back in the old days but we could afford to be since the fraud losses were relatively under control.

I remember back in the old days we would go to work the morning.  Put in a day’s work, and then leave.

When you went home, you would literally leave work at work.  We didn’t have smartphones, and we didn’t have email so no one could reach you.

Thanks for reading. Did I forget any great memories?  Let me know!