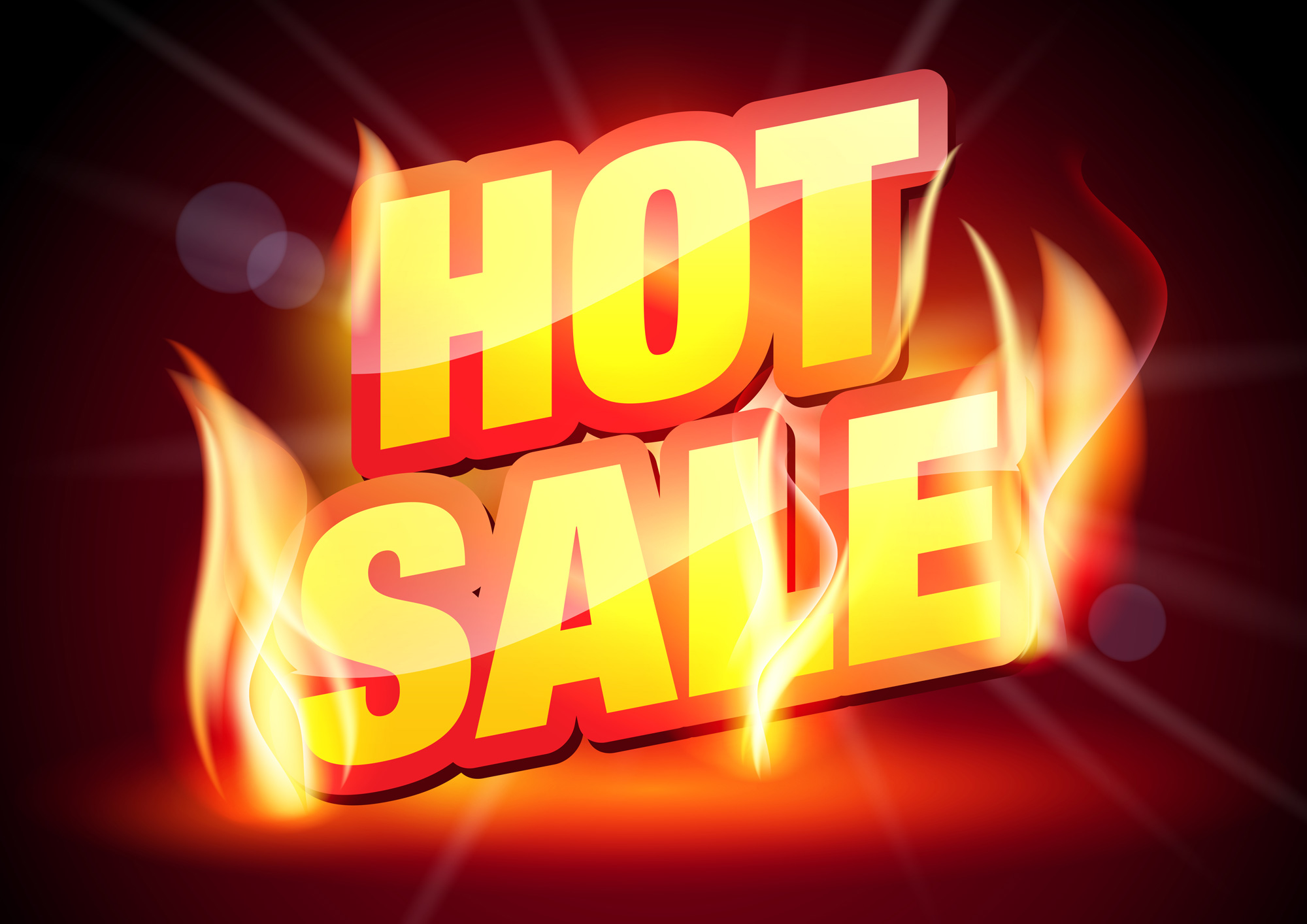 Supply and Demand.  It is one of the first concepts you learn in economics. And the Dark Web is learning how it works too.

As the supply of breached healthcare records increase exponentially on the dark web, the sellers are reducing their prices drastically to offload the data.  I mean they are dropping the prices by over 60% or more to move their product.

A Glut of Stolen HealthCare Records

According to an article posted on CyberScoop, The Abundance of stolen healthcare records on dark web is causing a price collapse.

Hackers have been targeting the HealthCare and Insurance industry for the last 3 years because the data is rich in detail.  In the first half of 2016 alone there were 263 total breaches on healthcare companies which accounted for close to 30% of all breaches.   This glut of data means more competition and prices for these non-financial records are dropping drastically.

The value of similar healthcare records that sold last year for roughly $75 to $100 dollars can now be found for around $20 to $50 dollars, James Scott Sr Fellow ICIT

The healthcare data which was primarily stolen from US companies is rich in information. In this screenshot from the Dark Web which appeared on CyberScoop, you can buy a single record of personal information for a ridiculous price of $5.

This includes the following fields 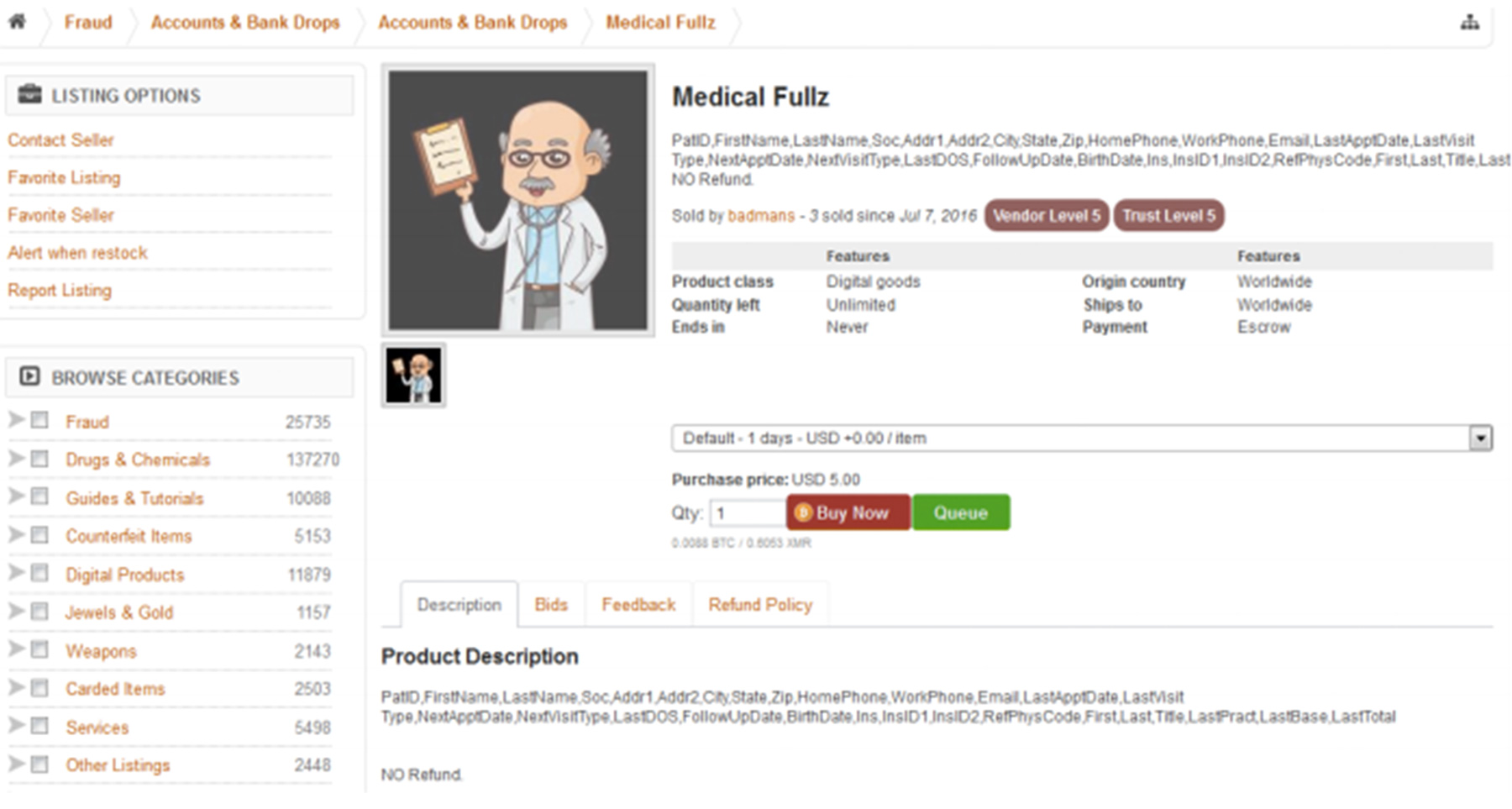 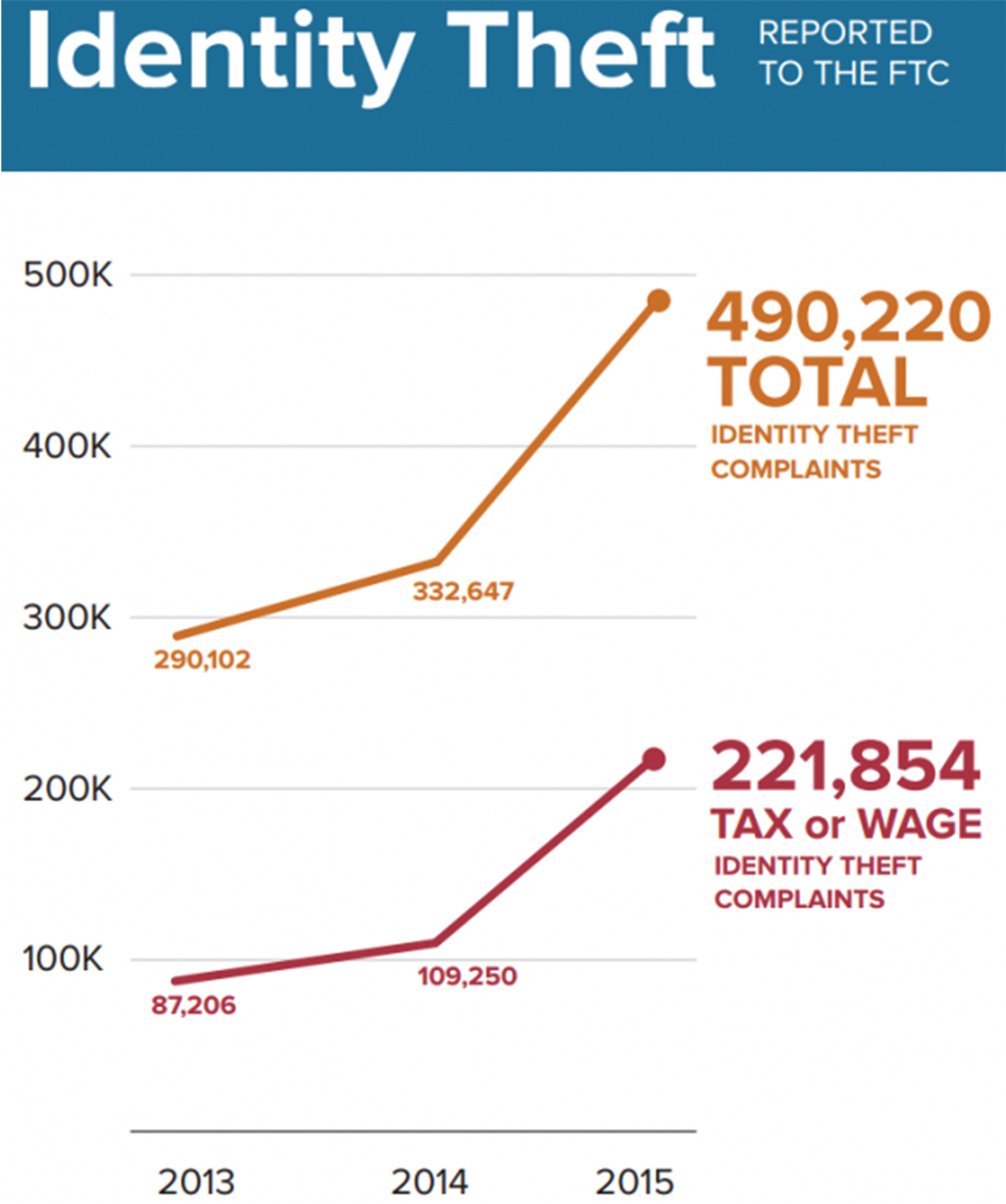 As you can see this data is perfect as a starter kit for identity theft as it contains all of the necessary fields a person needs to apply for credit cards, loans, buying a car, shopping online.

It is hard to estimate however the impact of the healthcare data breaches on actual Identity Theft levels.  We do know however that IdentityTheft reports in 2015 were up exponentially according to the FTC.

Many of these reports were due to dramatic increases of fraudulent IRS Tax returns that have been filed in the last 2 years.

Breaches Are Not Slowing Down

The bad news for consumers is that breaches are not slowing down.  In fact, Cyberhackers are going after bigger and bigger prizes – more records.   To gain notoriety, Hackers are trying to pull off notorious heists – like the Yahoo Breach which impacted over 400 million accounts.

Breaches are on a current pace to exceed 2,000 breaches a year which is the highest in recorded history.  It doesn’t look like this problem is going away anytime soon. 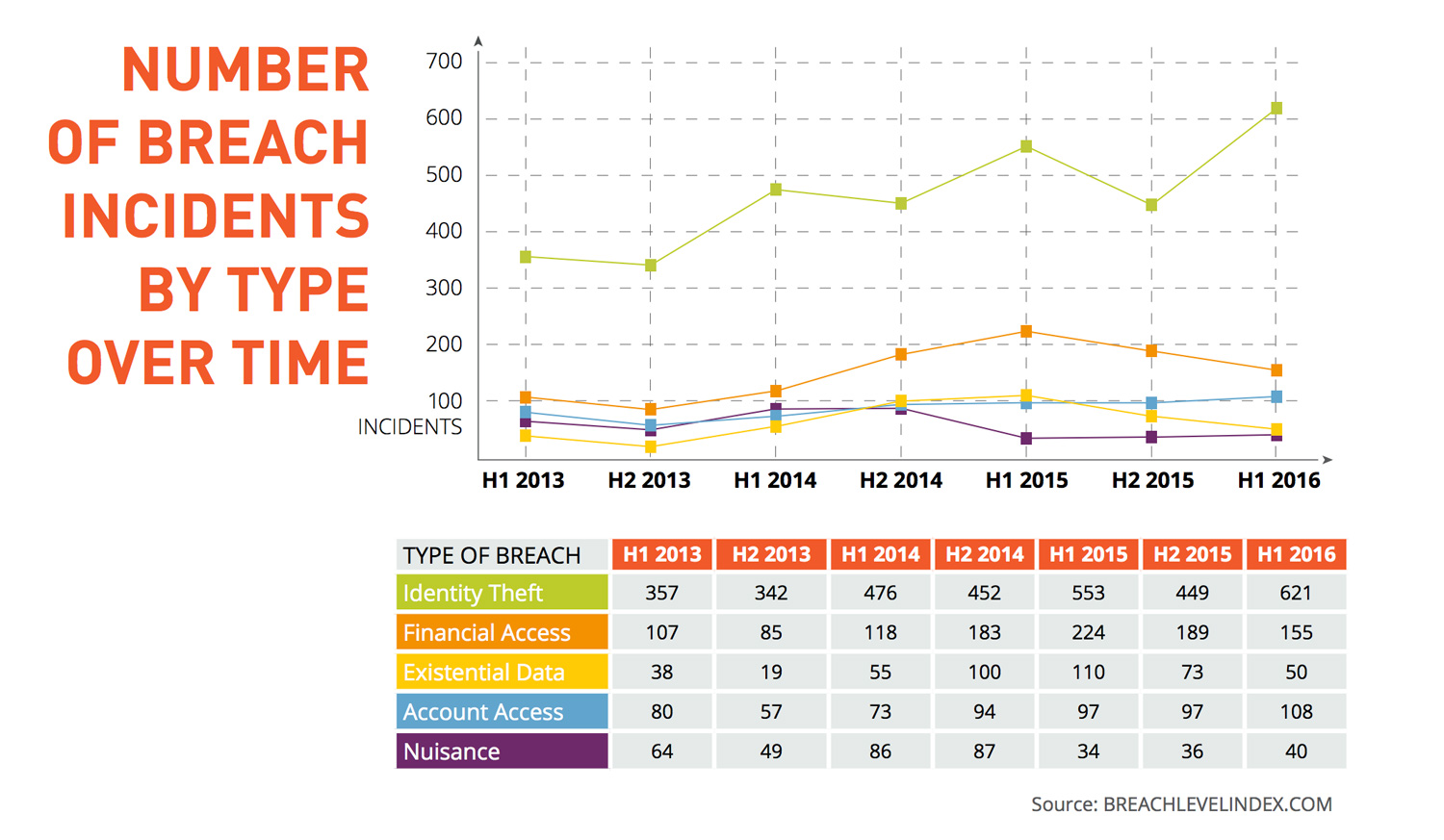