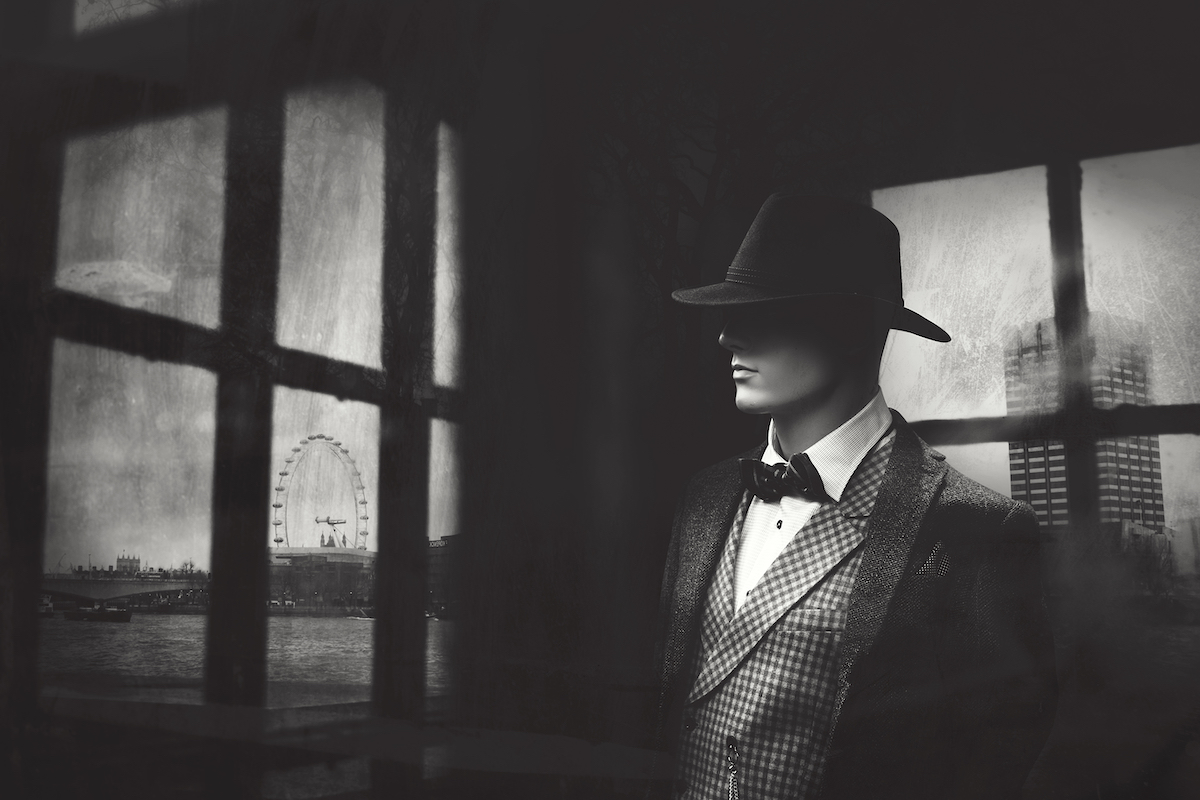 I always thought Auto Lending Fraud scams were a relatively new phenomenon.   After all, white-collar crime has risen as banking and new technologies have emerged over the last 20 years.

But boy was I wrong.

About a week ago, I decided to challenge myself and find the oldest case of auto lending fraud that I could find. So I decided to research the archives of the New York Times.  I went back and searched articles from 1870 until I finally found the first case of Auto Fraud that they ever reported on.

I stumbled across this article where a car dealer was shut down and seized after perpetrating a large scale sales swindle. 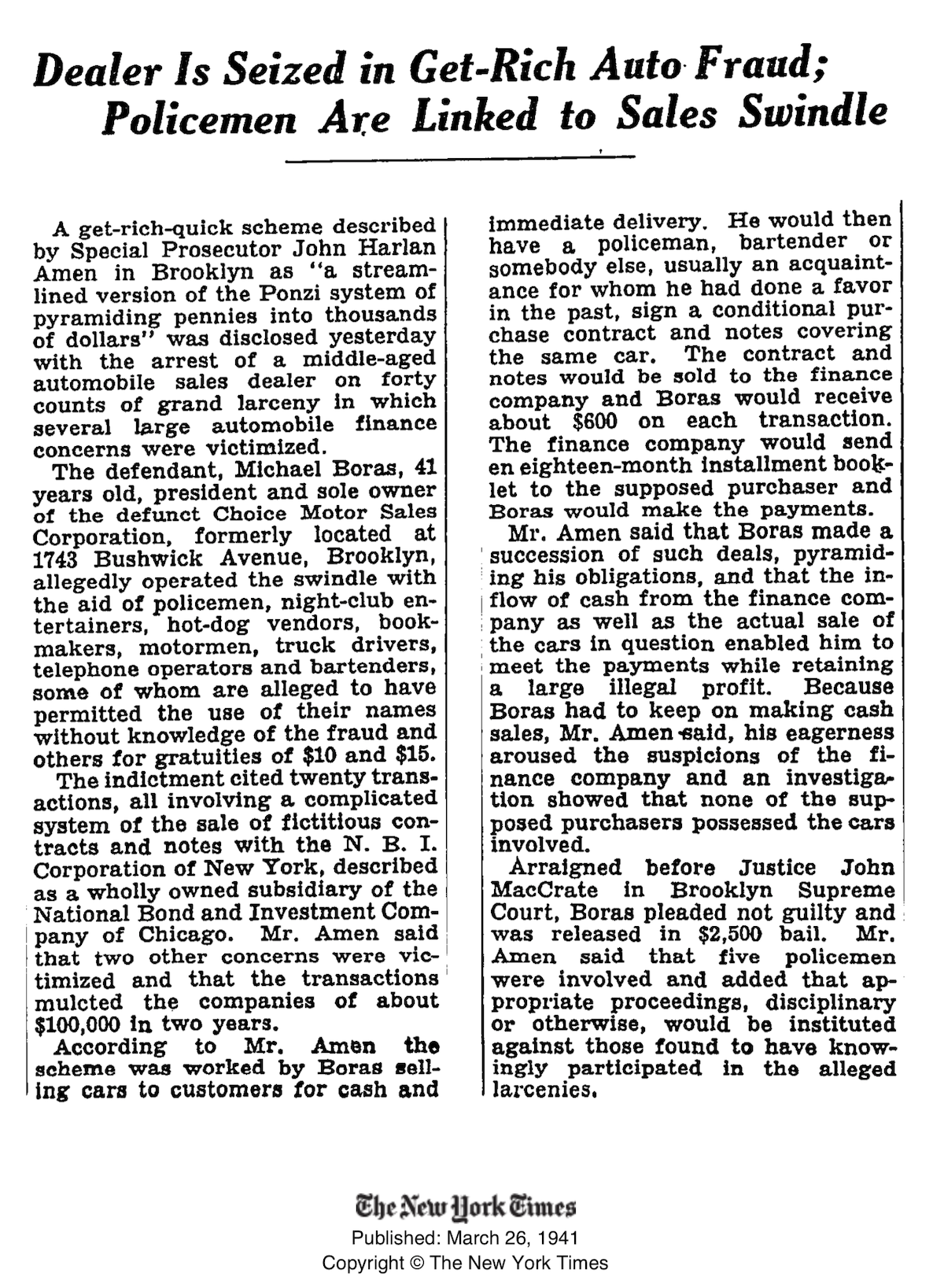 How The Scheme Worked At Choice Motor Sales

He would recruit anyone that he could find – policemen, nightclub entertainers, hot dog vendors, truck drivers – who would let their names and identities be used for his big con against lenders and finance companies.

Boras would sell his cars to real customers who paid cash.  But then he would phony up a separate sales contract to one of the straw borrowers that he recruited and arrange to finance it with a lender.   He would collect a commission of $600 for every loan that he would sell the finance companies but he would make payments on the car loans during the process.

This is a classic straw borrower case from prior to World War II.

As all Ponzi schemes do, the scheme crashed because Boras got greedy.  He kept selling cars for cash and financing more and more cars.

In the end, the finance companies were alerted to his scheme.  They lost $100,000 because they failed to get paid back.

What makes this scheme particularly disturbing is the fact that 5 policemen were involved in this straw borrower scheme.

Interestingly enough, the location of Choice Motor Sales is still a car dealership.  It has new owners and is not affiliated with the scam at all.  The new dealership is FM Auto Sales and still stands to this day. 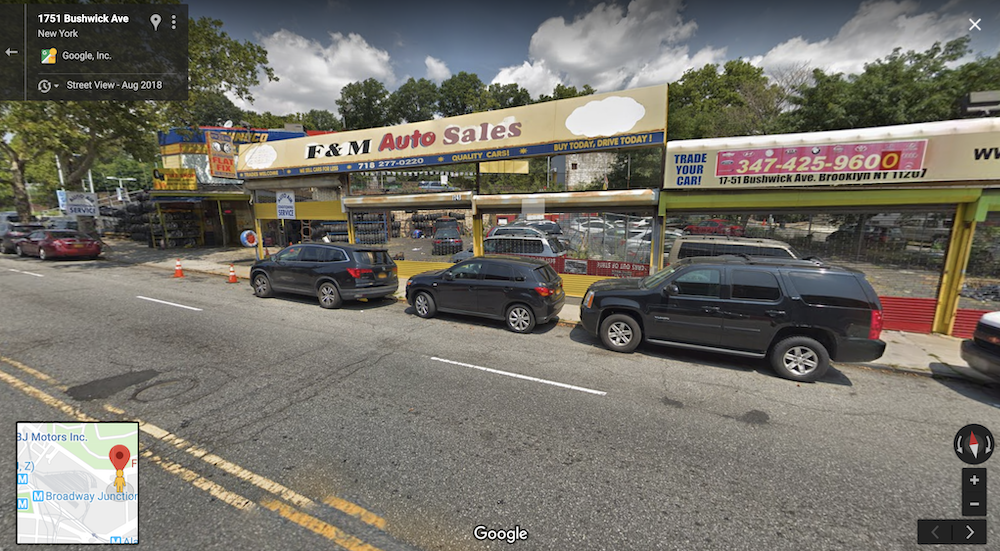